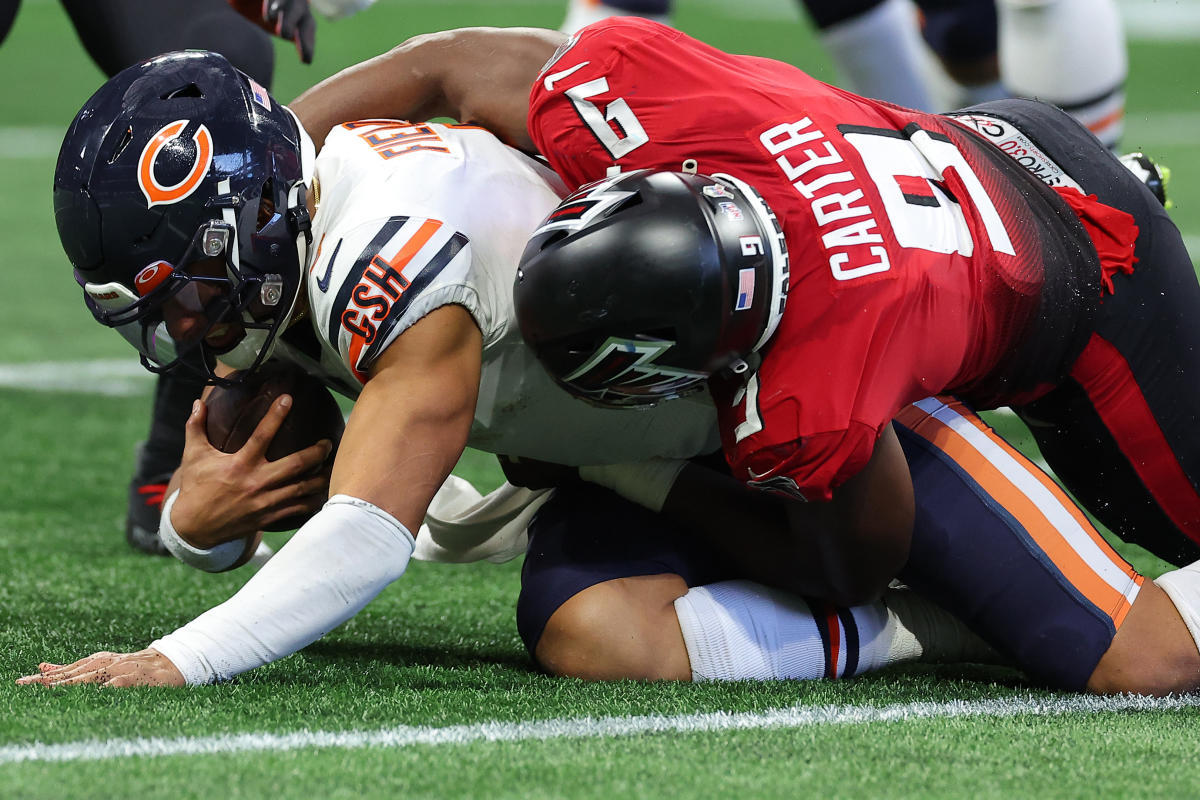 After falling 27-24 to the Atlanta Falcons, Justin Fields was carted off the field at Mercedes-Benz Stadium. He had been seen earlier in the game receiving treatment on his hamstrings, and as the game ended, his left shoulder was clearly causing him pain.

Fields had been riding a remarkable run coming into Atlanta. But his statistical achievements weren’t translating into wins. Coming into the game, Fields was 0-5 on the year when he had the opportunity to rally the Bears to victory from a tie or a one-possession deficit.

The Falcons passed on Fields in the 2021 draft to select tight end Kyle Pitts, who was also injured on Sunday. Fields spent much of the game showing Atlanta fans what they could have had in-house, combining elusiveness and touch to run off 17 straight points. The highlight: finding Cole Kmet for a spectacular one-handed catch.

But as the game wore on, it became clear that Fields was losing mobility and explosiveness, and by the time Fields had the opportunity to guide Chicago on a potential game-winning drive, he was clearly in too much pain to navigate the Bears to victory.

The Falcons and Bears have not yet released information on the status of Pitts and Fields, respectively.

This story will be updated.