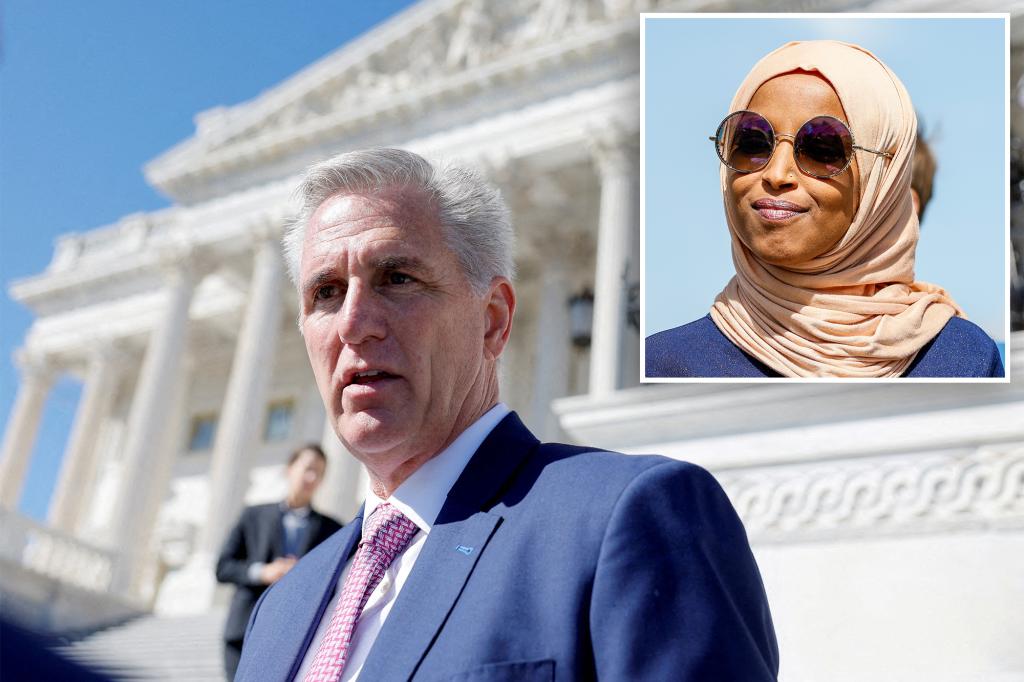 “We watch anti-Semitism grow, not just on our campuses, but we watched it grow In the halls of Congress,” McCarthy said at the Republican Jewish Coalition’s 2022 leadership meeting in Las Vegas on Saturday, Fox News reported.

“I promised you last year that as speaker she will no longer be on Foreign Affairs, and I’m keeping that promise,” he added, to cheers from the crowd, video posted to his Twitter shows.

After Republicans barely secured a majority in the House, the California lawmaker was given the nod by the party to be the next Speaker of the House in January following a congressional vote.

Omar (D-Minn.) has been outspoken in her criticism of Israel, comparing both the Jewish state and the US to terrorist organizations like Hamas and the Taliban. In 2019, she proposed a resolution supporting the right to boycott Israel, likening the previous boycotts of of Nazi Germany and the Soviet Union.

In his speech, McCarthy also condemned comments made by GOP Rep. Marjorie Taylor Greene (R–Ga.) last year when she said, “Vaccinated employees get a vaccination logo just like the Nazis forced Jewish people to wear a gold star.”

Greene was removed from her committee assignments after the comments and for espousing Qanon conspiracy theories.

McCarthy has promised Greene that he would reinstate her once he becomes speaker, according to Fox. Greene said she plans to vote for him.