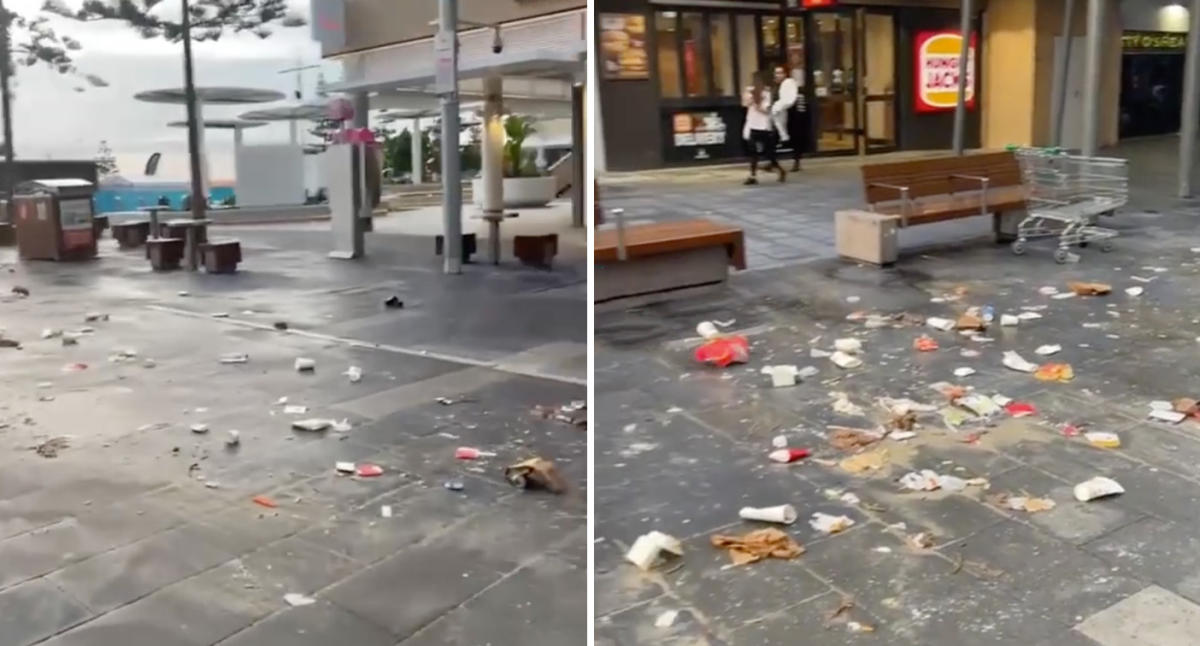 While Schoolies has kicked off for thousands of graduating students, the annual “rite of passage” ritual has already faced criticism on social media following video from one of its most iconic locations.

The Gold Coast is expected to host 20,000 revellers over the first week and those eager enough have hit the town already.

A TikTok video filmed in the early hours of Sunday morning shows a sea of rubbish and waste discarded along Cavill Avenue near the Hungry Jacks restaurant in Surfers Paradise.

“Schoolies, this is f*****,” a Schoolies attendee tells the camera.

And many were quick to agree in the comments, with one local saying it was “so sad” to see.

“The fact that there’s bins everywhere too,” another said.

“So disrespectful to the environment,” one user commented.

But some argued the sight was normal for Cavill Avenue on a weekend and council cleaners had not yet been to clean it up.

Others said it was to be expected during Schoolies celebrations.

The disposal of waste has long been a concern during Schoolies, with Noosa Council forced to close part of its main beach due to excessive rubbish and glass left on the sand during a 2020 party.

“They’re taught to pride themselves on protecting the environment,” one Noosa local told the ABC at the time.

Several comments on the Surfers Paradise video echoed similar sentiment, suggesting it was ironic that young Australians prided themselves for their care for the planet.

Queensland Police Minister Mark Ryan has called on revellers to “celebrate responsibly” during the festivities.

Police Commissioner Katarina Carroll said there would be an increased police presence on the Gold Coast this week.

Police will conduct random checks for concealed weapons within the Safe Night Precinct on the Gold Coast while authorities conduct venue checks for underage revellers and fake IDs.

Mr Ryan also encouraged Toolies – a group generally defined as young men who’ve left school but turn up at Schoolies to crash the celebrations – to stay away.