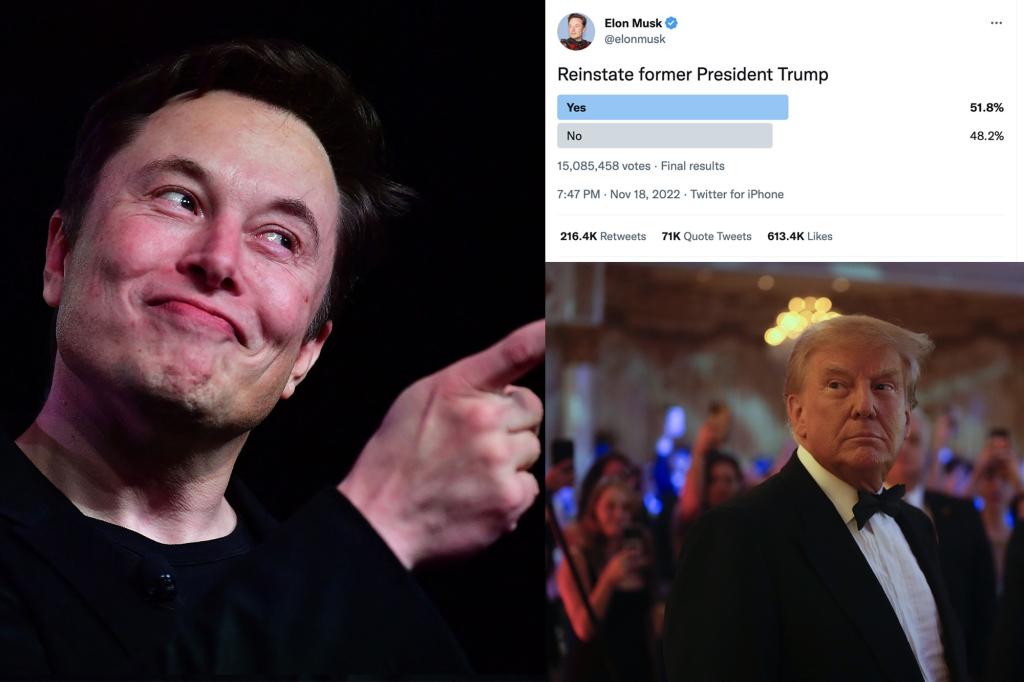 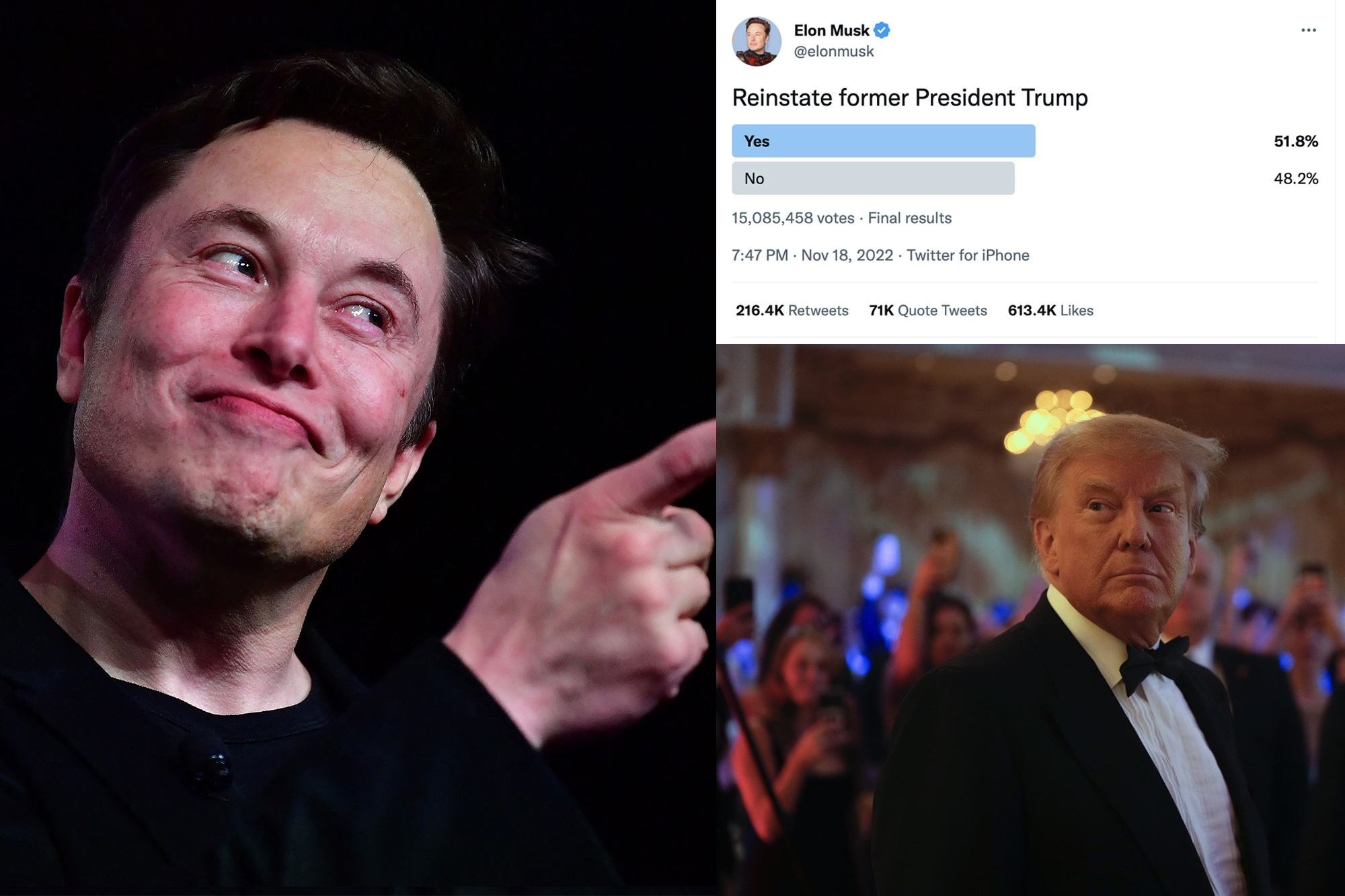 Trump, 76, was banned from the social media platform after the Jan. 6, 2021, insurrection.

Musk posted a 24-hour Twitter poll asking users to decide if the controversial Trump, who recently announced a new run for the White House, should be reinstated on the embattled platform.

In the end, more than 15 million people voted, with those choosing to reinstate Trump taking 51.8% of the vote to 48.2% who said no.