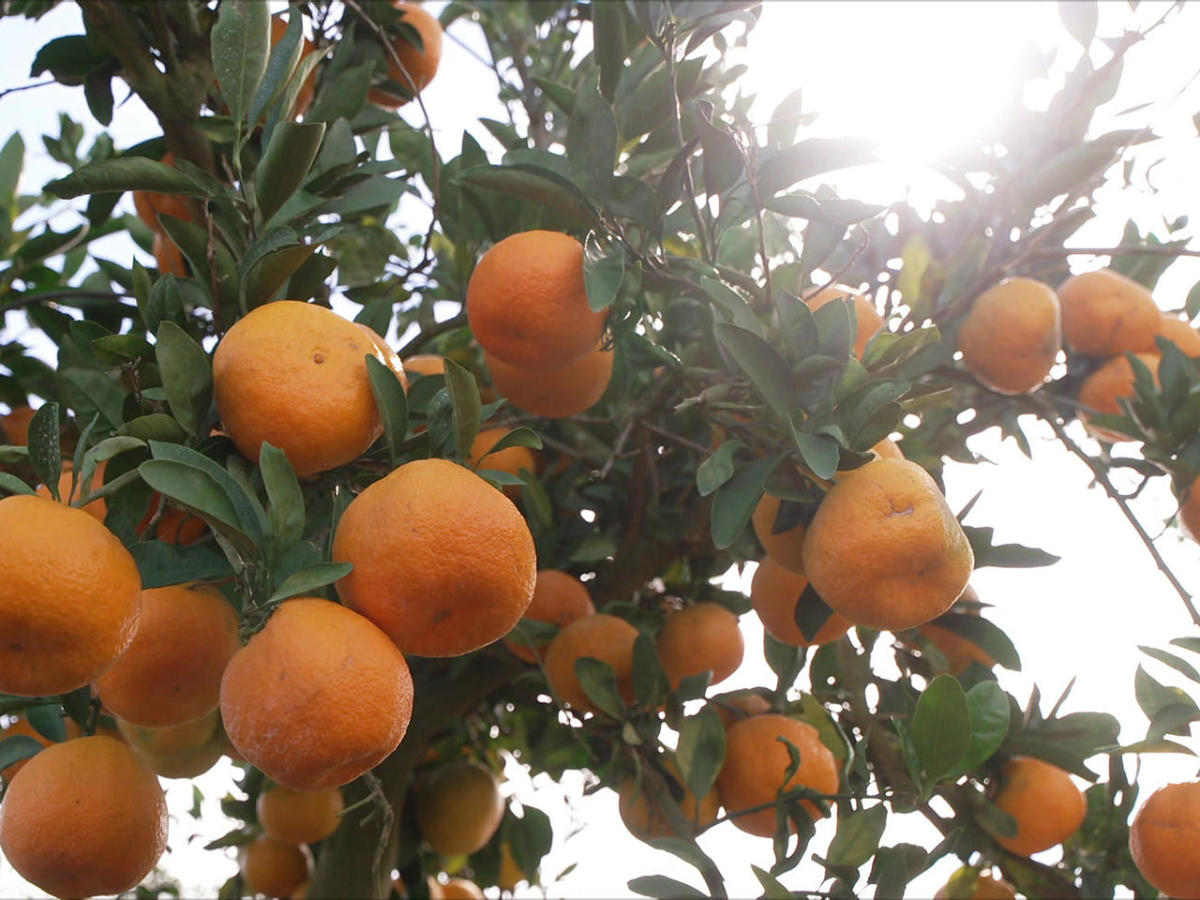 Farmers have always dealt with the whims of Mother Nature. But now climate change is changing what they can grow and where they can grow it.

The most unusual thing about Joe Franklin’s 78-acre citrus farm is that it really shouldn’t be where it is. “When I first started with it, people couldn’t believe me when I told ’em it was grown right here in Georgia,” they said. “They didn’t believe me; ‘Oh, no, you can’t grow that here!'”

Correspondent Ben Tracy asked, “So, I’m not gonna find a Georgia peach anywhere on this land?”

“No, afraid not,” Franklin replied. “One of the main things that drove my decision to plant ’em was the fact that it is so much warmer now than it was 30 years ago, 40 years ago. I know when I was growing up, golly, in October, you always had a couple of frosts. And November, you usually had a freeze. That doesn’t happen anymore.”

“Did you think of that as climate change, or did you just say, ‘Something’s different here’?”

“No, I thought it was climate change,” he replied. “It’s happening. There’s no doubt about it.”

“A lot of crops – not just in the U.S. but also in Africa, India – are already seeing the impacts of climate change,” said Himanshu Gupta, CEO of San Francisco-based startup Climate Ai. The stakes are high: as the planet warms and climate change fuels more severe drought and flooding, it’s estimated worldwide crop yields could decline up to 30% by the year 2050 (according to a report by the Global Center on Adaptation).

Gupta showed Tracy how the cranberries on our Thanksgiving tables will likely have to be grown significantly further north in the coming decades.  Climate Ai’s platform uses machine learning to identify climate risks for agricultural producers. “Using that, you can tailor your recommendations for the food companies or seed companies or for farmers,” Gupta said.

But while warmer temperatures may benefit some crops, they can devastate others.

In Georgia, the state’s famed peach trees require significant winter chill in order to bloom come spring. Pam Knox, an agricultural climatologist at the University of Georgia, said winters in the state have warmed on average more than three-and-a-half degrees since the 1800s, enough to put many varieties of peaches at risk.

Researchers are racing to develop new warmer weather varieties to take their place.

Tracy asked, “As warming continues, should we expect crops to kind of migrate north in some fashion, things that needed to be further south in the past?”

“There will be some migration,” Knox replied. “There’s some limitations to that: The kind of soil you have, whether you have access to irrigation, what you’ve grown traditionally. Because if you’re a peach producer, you’re probably not gonna suddenly switch to cattle.”

Joe Franklin’s citrus bet is paying off, but he knows a changing climate likely means more losers than winners.

Tracy asked, “For this to be working here means it’s probably not working so well for somebody further south?”

“Do you think about those folks?”

Check out the “Sunday Morning” 2022 Food Issue Recipe Index for more menu suggestions, from all of the chefs, cookbook authors, flood writers and restaurateurs featured on our program.

The future of watermelons looks smaller and smaller