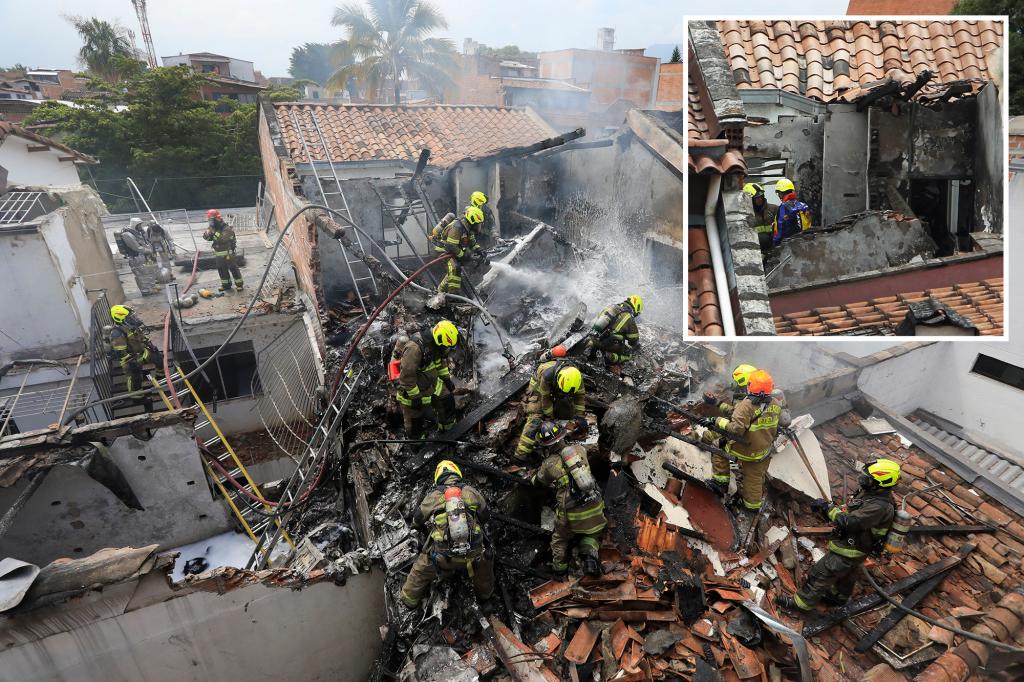 Eight people have died after a small plane crashed into a row of homes in the Colombian city of Medellín on Monday, officials said.

The aircraft plunged into the residential area shortly after taking off from the city’s Olaya Herrera Airport, according to Colombian aviation officials.

Six passengers and two crew members on board the plane perished in the fiery wreck.

It wasn’t immediately clear if there were any others on board the plane when it went down.

Miraculously, no injuries were immediately reported on the ground.

Seven homes were completely destroyed and six other buildings were damaged as a result of the crash, Medellín Mayor Daniel Quintero said.

Photos from the scene showed firefighters and other emergency personnel sifting through what was left of the smoldering properties.

The exact cause of the crash has not yet been determined.

The mayor said the plane appeared to experience “engine failure” during takeoff.

“Unfortunately, the pilot was not able to keep the plane aloft and it crashed in this neighborhood,” Quintero said.