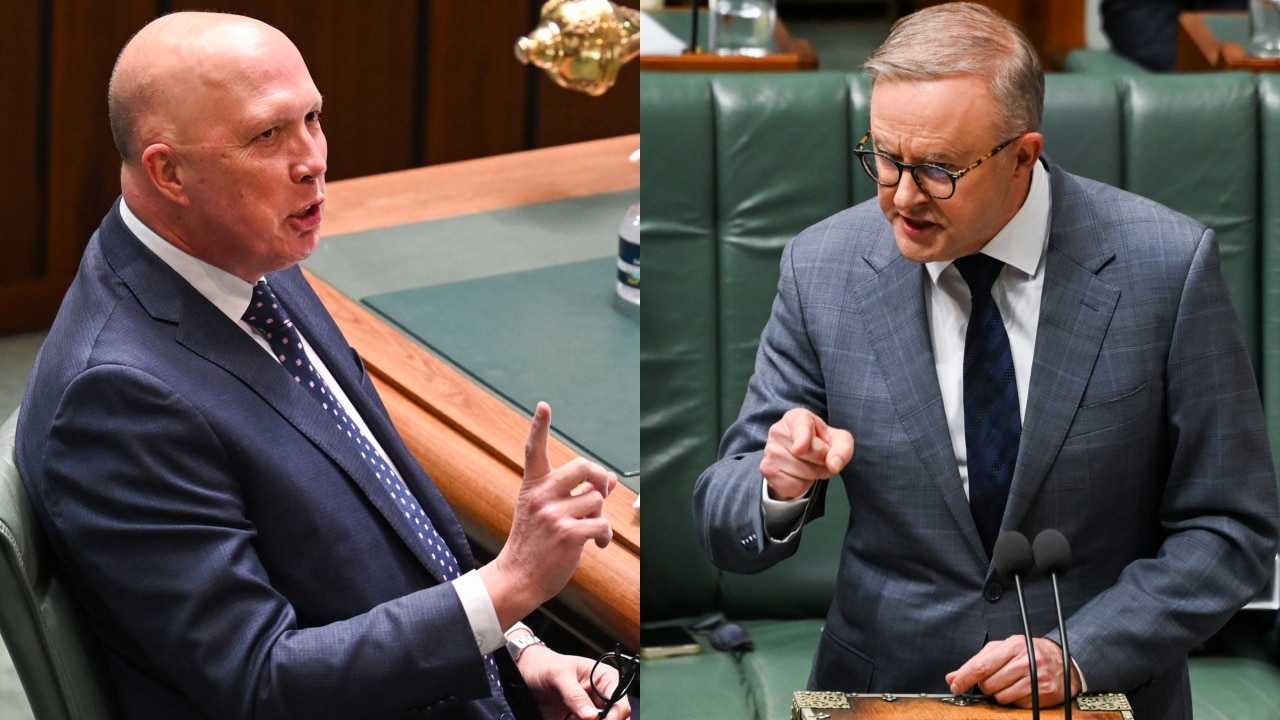 Prime Minister Anthony Albanese has reacted strongly to a question about the government’s management of the cost-of-living pressures from Opposition Leader Peter Dutton in Parliament.

During Question Time on Monday Mr Dutton pressed the Prime Minister about the recent pledge to support a landmark climate fund agreed to by more than 200 countries at the COP27 summit in Egypt.

“At a time when Labor’s policies are driving up cost-of-living pressures for families, the government has just signed up to funding a $2 trillion loss and damage climate fund which will send money overseas and beyond our region,” Mr Dutton said.

“Prime Minister, doesn’t charity begin at home? And when will you start helping Australian families instead of giving away their money?”

Amid groans from government MPs, Mr Albanese stood up to answer the question and launched a scathing attack on Mr Dutton’s historic comments about rising sea levels in the Pacific.

“I do thank the leader of the Opposition for really repeating a question that he answered last week. And I will begin the same way. I’ll tell you what we will do, or we won’t do, which is to stand at a press conference with a microphone making jokes about Pacific Islands drowning,” he said.

“That is what we won’t do. And the misleading statement from the Leader of the Opposition aimed clearly.”

The response was in reference to comments made by Mr Dutton in 2007 when he was overheard making a quip about “water lapping at your door” in Port Moresby to then-prime minister Tony Abbott.

The Prime Minister was then cut off by Speaker Milton Dick as Manager for Opposition Business Paul Fletcher complained the response was unparliamentary, “offensive” and breached “several standing orders”.

Mr Dick ruled the Prime Minister’s answer was in order before Mr Albanese continued his answer with a further attack on the Opposition’s Question Time tactics.

The Prime Minister defended the decision to join the climate fund saying foreign aid was not taking money away from Australian interests.

Mr Albanese then returned to his attack on Mr Dutton claiming he was dog whistling with the question.

“The leader of the Opposition knows better, exactly what he is doing with that question. He knows exactly,” Mr Albanese said.

“And the only people who are pleased about that question are the people sitting in the corner up there (pointing to the teal independents).

“Because they represent seats that have rejected that sort of dog whistling tactic from the Liberal Party.”

The Mr Dutton-directed tirade continued as Mr Albanese took aim at his claims to be a gentler and kinder leader of the Coalition.

“The leader of the Opposition, who pretends he wants to be kinder and gentler, comes into this House and asks a question like that,” he said.

Mr Dick continually called for order in the House as the Coalition MPs voiced their disapproval at the Prime Minister’s response to the question.

The Prime Minister insisted taking climate change seriously was the “entry ticket” for international affairs in 2022.