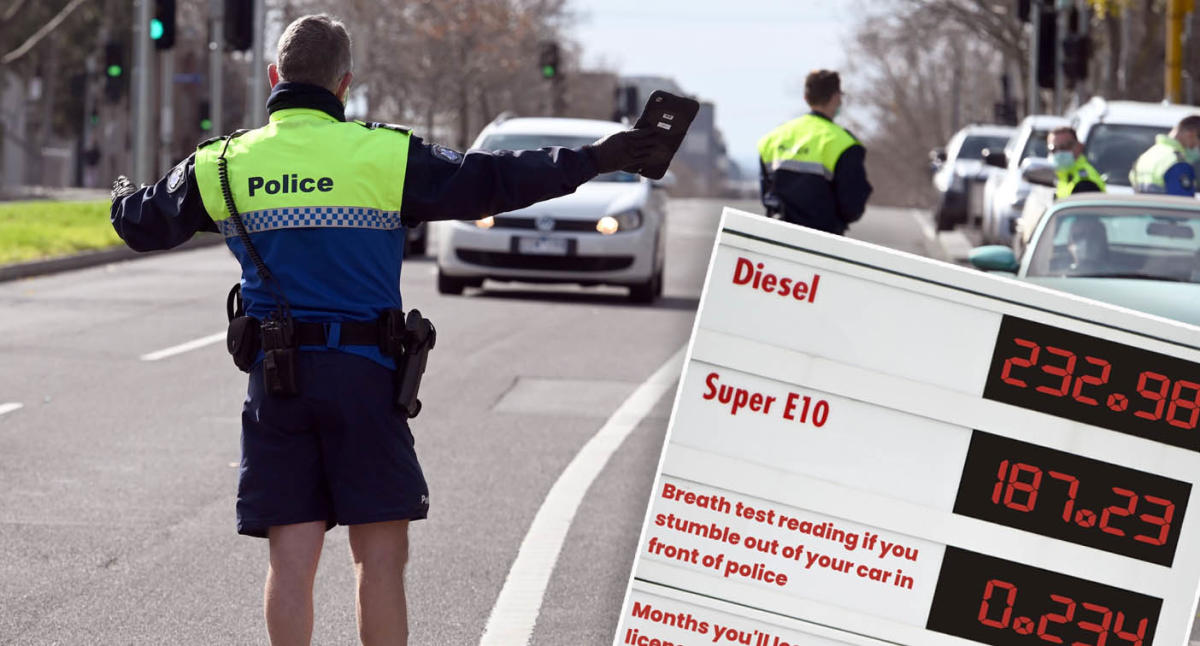 A Melbourne man’s early morning stop at a petrol station to fill up cost him more than just his hard-earned cash — it also cost him his licence and his car.

The 36-year-old driver from Mont Albert North was busted drink-driving, Victoria Police allege, and he unintentionally dobbed himself into officers who watched him stumble out of his car.

Police warned against driving under the influence in a tongue-in-cheek post on Facebook which has since garnered over 3,000 likes and comments. An image shared on Monday shows the cost of diesel and Super E10 petrol and the man’s positive breath test reading, plus the months he lost his licence as a penalty.

Victoria Police explained the Melbourne man had stopped at the petrol station in Seville, east of the city, at 5.35am on Sunday morning. He’d allegedly been out all night and was returning home when he decided to fill up. When he got out of his vehicle at the service station, police claim he stumbled, grabbing the attention of the officers who were stopped nearby.

The man was upfront about his earlier shenanigans and admitted he’d been out partying all night, police said. Following his confession, he was taken back to Lilydale Police Station where he returned a positive alcohol reading of .234 — almost five times higher than the legal limit of 0.05.

Victoria Police shared the update on its Facebook page admitting the bold confession left officers “shaking their heads.” Police confirmed his licence was immediately suspended and he was charged with drink-driving. Police will also impound his car, they said.

Some people couldn’t help but find the man’s honesty amusing, but even still, one had “no pity at all,” they said in the comments.

“Very considerate drunk-driver making police work easier!” one joked. “At least he was aware that he needed to fill up that’s good judgment,” said another. A third said it was the “most expensive beer he has ever had”, but some were a little harsher in their judgement.

“Lucky you guys were there, he was an accident waiting to happen. Good policing,” one said. “When will they bloody learn,” wrote another. Others said the price of petrol is also “criminal”. “I think the real crime is those petrol prices, Jesus,” one exclaimed.