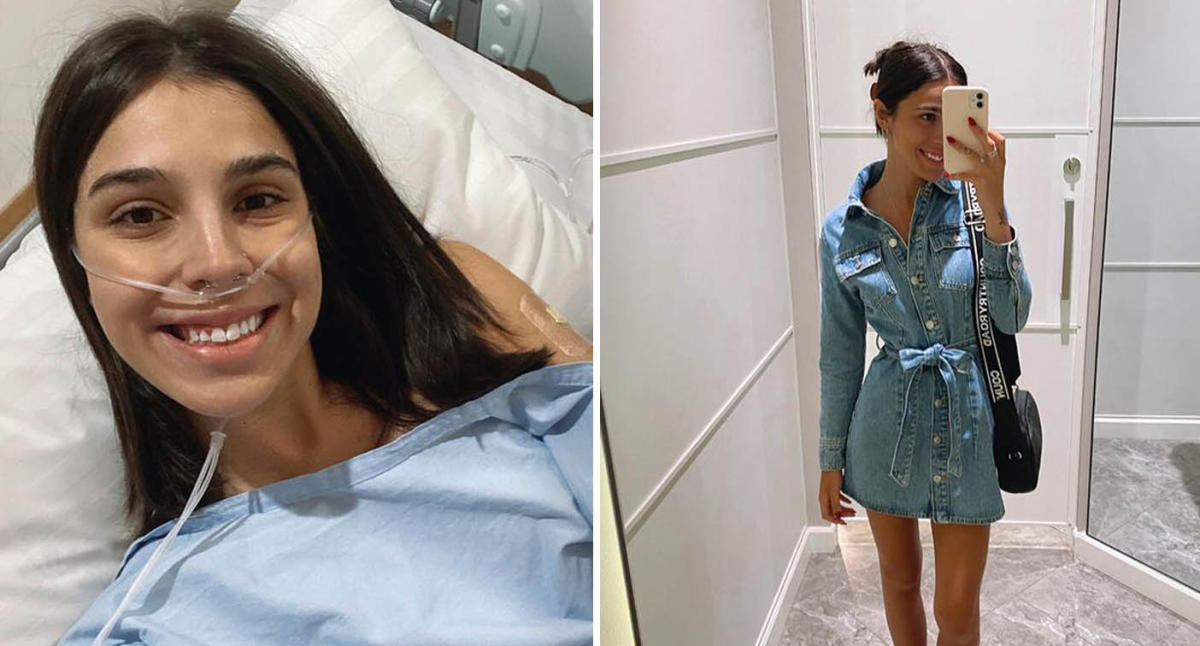 A young Adelaide woman has shared her “life-threatening” experience with a rare form of Crohn’s disease as she prepares for a “last resort” surgery.

“I had struggled to put on weight … and it seemed like all my peers were growing taller and I had stayed the same,” she told Yahoo News Australia. “I would get really full after eating a small amount and was constantly on the toilet as I would have to go pretty quickly after eating.”

She also suffered from debilitating mouth ulcers. “My lips would crack, my gums would split,” she said. “I saw so many specialists and we couldn’t work out what they were.” It was only when she had pneumonia and was sent to a gastroenterologist for severely low iron and other things, that the specialist picked up on it — with the ulcers being the “hall-mark” symptom.

Hospital is a second home

Ms Lambropoulos is not able to work or study, given her “quality of life has diminished to living in hospital.” “I spend more time in hospital than I do at home,” she said. “I have a very rare and aggressive form of the disease. A lot of people can manage with medication, sometimes they require surgery — I’ve required quite a few (nine since April) in my time.”

She also needs to manage her Stoma — a stool collection bag after colostomy surgery — which needs replacing several times a day.

Educating online has been ‘one of the biggest helps’

Ms Lambropoulos spends a lot of her time using social media to educate others about the disease.

“I started my online journey when I first experienced issues with Perianal Crohn disease, like fistulas and abscesses,” she said. “A lot of people were saying my videos were helping people feel less alone and a bit more supported and comfortable talking about their own conditions.”

By helping others and utilising an online community, Ms Lambropoulos has also helped herself.

“Talking on social media has been one of the biggest helps for me because it’s helped me find my voice, and what I want to advocate for,” she said. “In all those times where I feel absolutely awful, when I’m in hospital unable to get out of bed, it gives me something to do and have a purpose.”

Stem cell transplant in Sydney could be only option

Because Ms Lambropoulos’s body has rejected all the available treatments in Australia for Crohn’s disease, a trip to a Sydney hospital for a stem cell transplant, also known as a bone marrow transplant, could be her “last resort” to lengthening her life.

“Every time my disease flares they have to remove a segment of my bowel,” she said. “And eventually I will not have enough small intestine to sustain my life (with more than 2 foot of her small intestine already removed).”

However, the surgery is considered quite “risky”. “It does carry some significant risks such as mortality (1 in 10 to 1 in 20 people dying from it),” she said. “It’s very risky but the alternative also carries a risk of death, so we have to do something.”

Wants to study medicine, have children

If the surgery goes well, Ms Lambropoulos hopes to accomplish her dreams of becoming a doctor, being inspired by her own colorectal surgeon.

“Once I’ve had my transplant, I will go on to study postgrad medicine and am hoping to become an anaesthetist or colorectal surgeon, so that I can hopefully help people in my position,” she said.

“I’ve got an absolutely incredible colorectal surgeon, and if I can become half of what he is, I’ll be very happy for myself.”

She is also already preparing to one day be a mum by starting IVF soon, as her bone marrow transplant could render her “completely infertile”.

“I have to have an intense chemotherapy regime beforehand and that will wipe out my reproductive system,” she said. “So I made the decision to freeze my eggs to potentially preserve my fertility because I do eventually want to have a family down the track.”