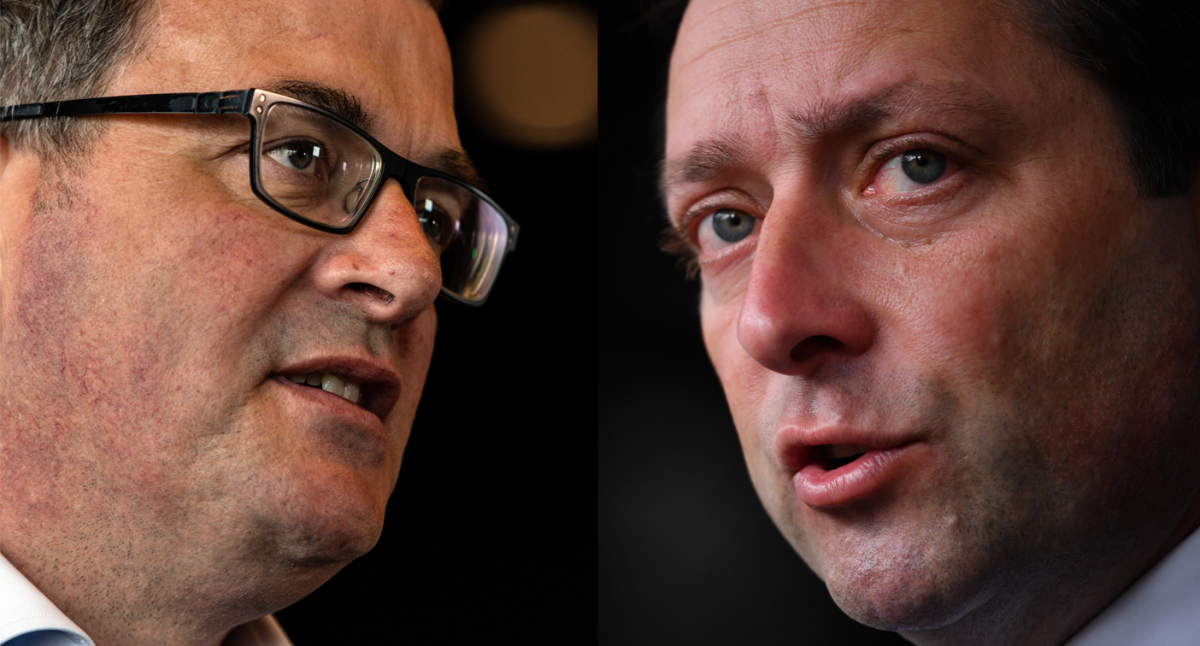 A National Party candidate running in the Victorian election has died five days before voters decide on their next state government.

The party’s state director on Monday confirmed Shaun Gilchrist, the candidate for Narracan in the state’s east, had died unexpectedly.

In a statement, the party offered its deepest sympathies to Mr Gilchrist’s family and friends with journalists and members of the public reacting online to the “sad” news.

The Victorian Electoral Commission has been notified.

It comes as Prime Minister Anthony Albanese made a surprise visit to join Victorian Premier Daniel Andrews on the election campaign on Monday.

Posting photos to social media, Mr Albanese thanked volunteers at a Caulfield polling booth and said the premier was building a better future for all Victorians.

But controversy still surrounds two candidates as policy took a back seat to politics at the weekend.

The Liberal Party distanced itself from upper house hopeful Renee Heath on Saturday after it was revealed she was part of a controversial church accused of promoting gay-conversion therapy.

Ms Heath will not sit in the Liberal party room if elected but it was too late to disendorse her, Opposition Leader Matthew Guy said.

He also denied the party was told weeks ago about Ms Heath’s links to City Builders Church, saying his state director acted appropriately during the preselection process.

Another Liberal candidate, Timothy Dragan, also apologised after recordings of his comments against Indigenous Australians, abortion and climate change were leaked.

Mr Guy said he accepted Mr Dragan’s apology and there would be no further action taken, arguing the public wanted to focus on issues that mattered to them.

“Victorians are asking very clearly about health and cost of living,” he told reporters on Sunday. “They’re not asking me about other matters.”

Premier Daniel Andrews will continue his policy push on Monday after announcing another $584 million for early childhood education at the weekend.

With Labor also under the cloud of corruption investigations, Mr Andrews said he was only interested in promoting his “positive and optimistic plan” for Victoria.

“We’re very proud to put that to the Victorian community,” the premier said on Sunday. “The community will make their judgement.”

Mr Guy is expected to continue his tour of eight regions in eight days on Monday.

The Liberal leader and the premier will lock horns in a televised debate on Tuesday evening, fielding questions from 100 undecided voters.