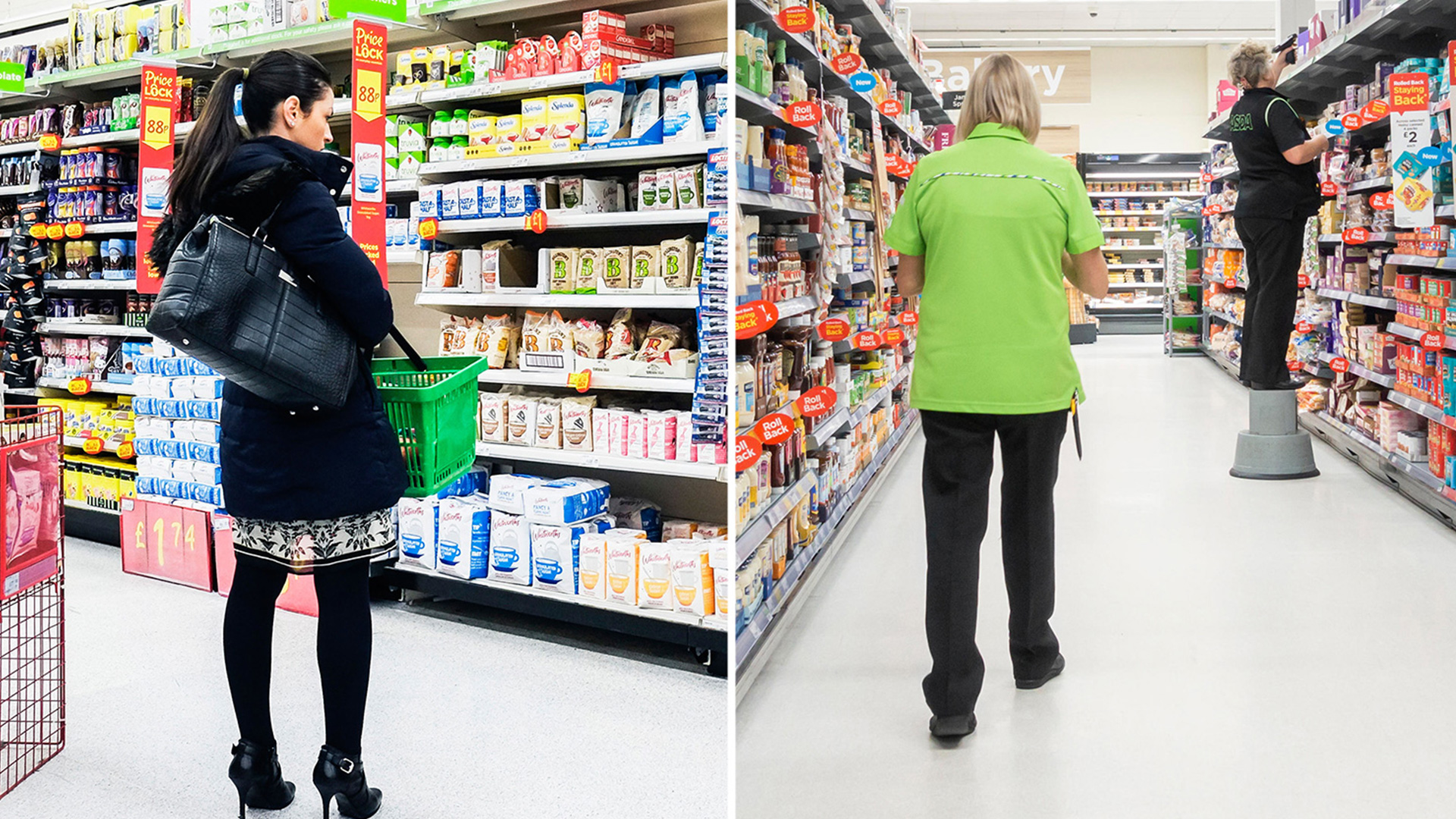 PACKED to the rafters with great deals on everything from groceries, homeware to clothing, Asda has a reputation for being the perfect one-stop shop for almost everything.

Which is why it’s so popular with everyone from families to students, especially during the cost of living crisis as prices increase.

And with such a broad and varied customer base, it’s also an interesting place to work.

For Carl, his main jobs included helping customers, moving stock in the warehouse and filling the shelves on the shop floor.

He says: “The worst job I found was coming in on a Sunday morning to be put in charge of cleaning up the ‘bailer’ area.

“The bailer area was basically an area hidden away at the very back of the warehouse where all the cages of rubbish, spillages, food leftovers and cardboard were kept.

“All these cages were to be unloaded into the ‘bailer’ which would crush it all down.

“If I had to give an estimate I’d say I would come in to about 70 cages of this on average every Sunday morning, which wasn’t the prettiest when you’ve only just got back in from town a few hours earlier after a heavy night and you have to deal with the stench.

“Needless to say I had a few ropey Sunday mornings!”

In terms of customer queries, Carl says: “Most of the time dealing with customers was absolutely fine, however you are always going to get the occasional awkward customer which I did encounter a few times.

“If we didn’t have any stock of a certain product left no matter how long you looked for it in the warehouse or how many times you would try advise them of this, they would not believe a supermarket could run out of stock.

“The best thing one customer ever did was try to tip me a fiver for helping them out in getting some cardboard boxes for them as they were moving out.

“I wasn’t allowed to take the tip or I definitely would have!

“On the flip side, the worst thing customers used to do is request spare boxes for the same thing then complain that it wasn’t enough or they weren’t big enough.

“Customers also irritated me when I would have a trolley or pallet full of goods I was trying to get through an aisle and they would often dawdle, slow me down and get in my way.

“The most annoying thing customers would do would be to come in to the store just before it was closing, at 10pm.

“We’d all have to go around and chase them out before we could go home!”

This time of year was especially intense.

Carl says: “Customers would do would come in to the store on Christmas eve five minutes before the store closed and complain when we’d ran out of turkey, pickled onions, cranberry sauce and goose fat.

“I would try avoid them if I knew they had form for being annoying or awkward.

“If I couldn’t avoid them or one caught me off guard I would purposely take that bit longer than a bit too long to try find what they were looking for in the warehouse.

“Often they lost patience and weren’t there when I returned – but they’d have to be particularly rude or annoying for that to happen.”

As well as irritating questions, there were also some brazen visitors who’d shoplift on a regular basis.

Carl says: “You would pretty much get one every week, from little things such as a pack of biscuits, to someone trying to take a whole TV off the shelf and walk straight out the store!

“There was also a lot of cases of customers picking up food and eating it as they walked around the store shopping, things such as the chicken wings from the hot food counters.”

Finally, Carl was also shocked to discover how much waste one supermarket can produce.

He adds: “I was really surprised to see how much food waste that the supermarket ended up with.

“A lot of this was from the canteen within, but also from broken items or stuff that had went out of date.

“The sad thing to see was a lot of this was put in the bailer, although there was a few ‘whoopsie’ sections within the supermarket.”