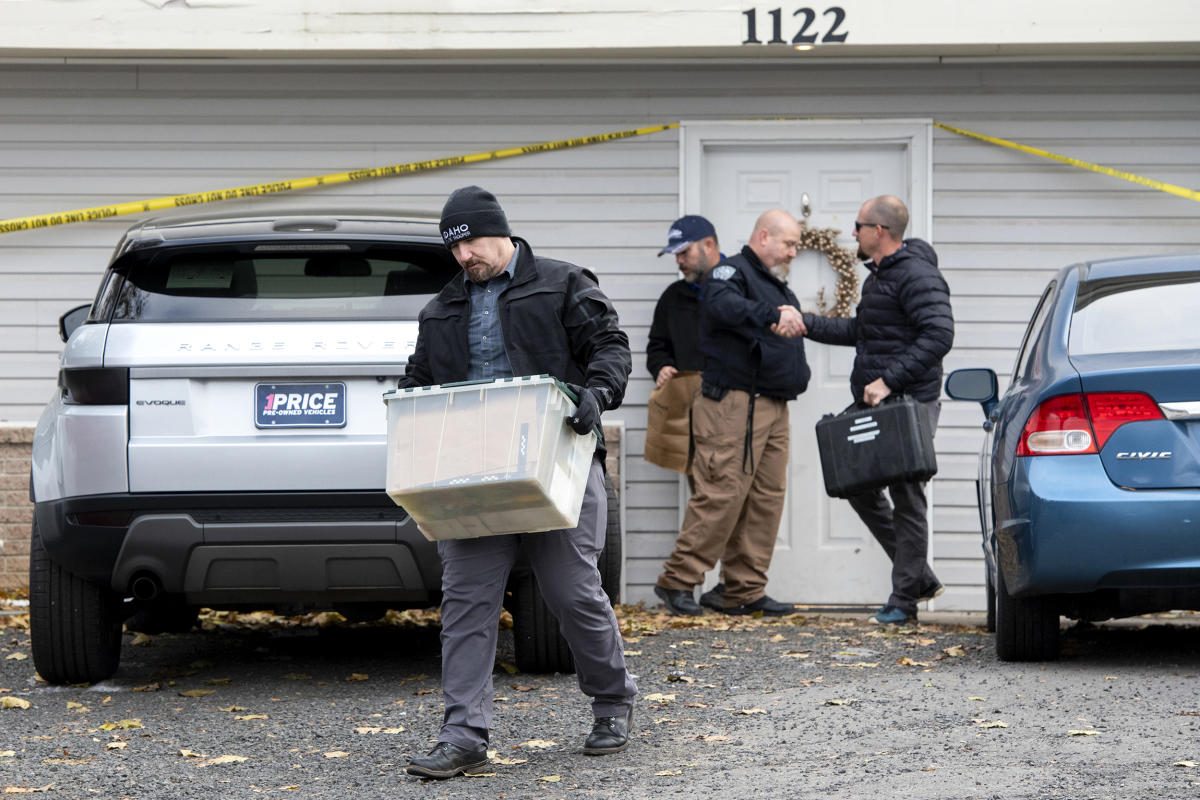 Police in Idaho dismissed rumors and ruled out multiple people who had contact with victims the night of a quadruple homicide, leaving witnesses and video as a main hope.

On Sunday, chief of Moscow police James Fry asked the public for help solving the vicious stabbing deaths of four people just outside the University of Idaho campus Nov. 13.

“Anyone who has observed any notable notable behavior or has any video surveillance or can provide relevant information about these murders please call our tip line,” he said at a news conference.

Each of the victims, identified as university students Ethan Chapin, 20; Madison Mogen, 21; Xana Kernodle, 20; and Kaylee Goncalves, 21, was stabbed multiple times, the Moscow Police Department said in a statement.

Police said previously that the four were most likely attacked as they slept, and some among them may have defensive wounds, ostensibly as part of a split-second fight-or-flight response.

The chief and other authorities on Sunday sought to reassure the community that they are focused on the crime and have dozens of investigators and extra officers, including 15 state troopers, on the job in the 7-square-mile city of nearly 26,000 residents.

Detectives have been sifting through 646 tips and have so far interviewed 90 people, Fry said. Investigators want to see doorbell, cellphone, and security video captured between 3 a.m. and 6 a.m. that morning in the area around the residence, about a half-block from campus, police said.

They have ruled out as a possible suspect a man in a white hoodie seen near victims Mogen and Goncalves at a food truck shortly before last call that morning, city police Capt. Roger Lanier said at the news conference.

The pair had been at a bar in Moscow before going to the food truck and then getting a ride home, police said. Detectives also ruled out the driver who took the two home, Lanier said.

Police don’t believe a person who was dialed seven times from the cellphone of Goncalves after she arrived home is involved in the attack, Fry said.

Sister Kristi Goncalves said in an interview, “If Kaylee was in imminent danger, her or Madi — they would have called 911, they wouldn’t have been calling this person.”

The two roommates who were at home during the attack most likely slept through it, police indicated Saturday.

Authorities were more cagey about who called 911 shortly before noon Sunday to report an unconscious person at the residence where the victims were found deceased.

Fry would not identify the caller, but said it wasn’t one of the victims or the two roommates who were also home but otherwise unaware of the violence. The caller used the cellphone of one of those roommates, police said.

“The identity of the 911 caller and the contents of the call have not been released,” Fry said Sunday.

Later, answering questions, Fry said, “There was other friends that had arrived at the location.”