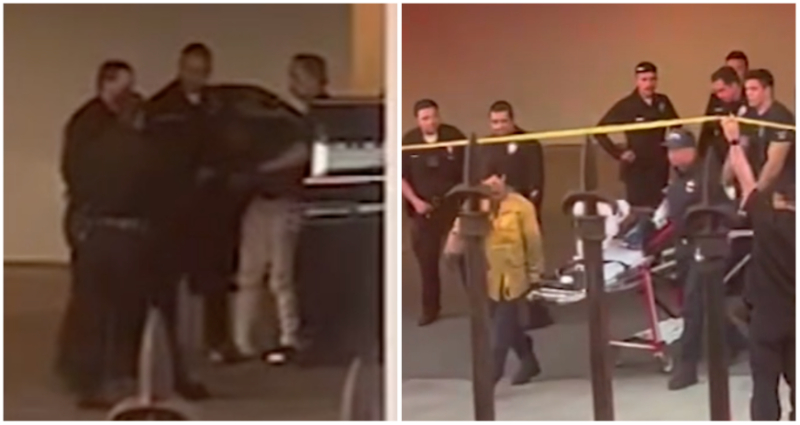 A man who was shot and robbed near Koreatown in Los Angeles may have ties to the Korean royal family.

The victim, identified as a man between 25 and 30 years old, was driving a Rolls-Royce Phantom when he was shot during a robbery shortly before 4:20 p.m. outside the luxury Kurve apartment complex on the 2800 block of Sunset Place in the Westlake District on Nov. 18.

According to the Los Angeles Police Department (LAPD), two male suspects stole his Rolex watch and three gold chains before fleeing the scene.

Officers found the victim with a gunshot wound from what police believe was a blue semiautomatic handgun. He was transported to the hospital in critical condition.

According to reports, the Rolls-Royce Phantom is registered to the Korean prince Andrew Lee, who is the founder of London Trust Media, the parent company of VPN security service Private Internet Access. Lee was declared as the family’s crown prince after he was identified as a relative by Korea’s Imperial Highness King Yi Seok in 2018.

It is currently unknown whether Lee was the victim or if he was at the scene during the robbery.

The incident is currently under investigation. No arrests have been made. Police are searching for two suspects who are both described as Black men.

The LAPD has warned the public to avoid carrying or flaunting luxurious items after a recent increase in crimes targeting wealthy citizens across the city. Police reportedly launched a task force last November to particularly combat “follow-home” robberies, wherein criminals observe their victims until they are able to carry out their robbery in a secluded area.