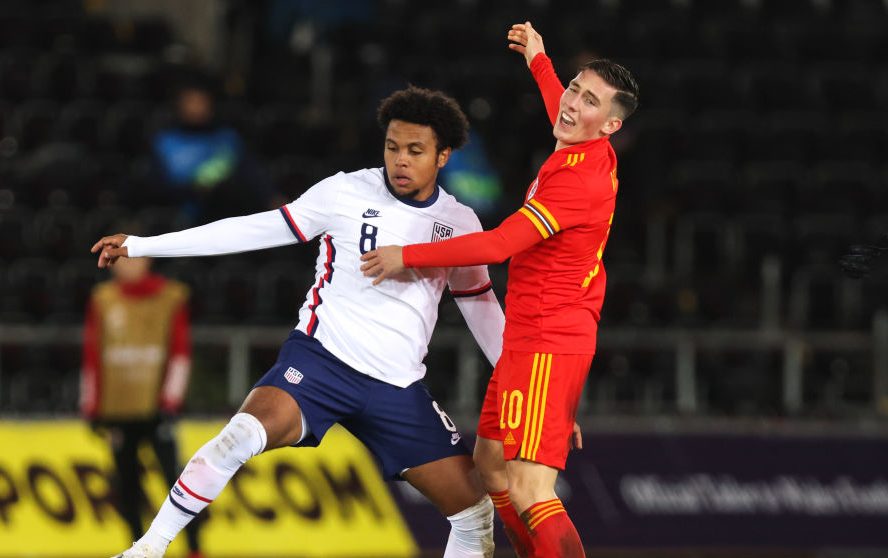 The USA and Wales clash in what seems to be a crucial Group B opener at the World Cup in Qatar.

Gregg Berhalter’s young side are at their first World Cup since 2014 and there are big things expected of Christian Pulisic, Gio Reyna and Co. in Qatar. After a bumpy qualifying cycle in CONCACAF, there are still plenty of doubts around this team and Berhalter but a big World Cup this time will set things up nicely for the 2026 World Cup on home soil. In the here and now, getting off to a good start at this tournament is vital.

As for Wales and Rob Page, they got through a top qualifying cycle in UEFA via the playoffs and are at their first World Cup since 1958 and just their second-ever tournament. This is the culmination of a career for Gareth Bale and Aaron Ramsey as Wales’ star duo are both fit and ready to go. After reaching the semifinals of the European Championships in 2016 and then the last 16 at EURO 2020, this Welsh side has success in recent major tournaments.

Here is everything you need for USA vs Wales.

How to watch USA vs Wales live, stream link and start time

For the USMNT their midfield core is going to be their strength but there are still plenty of question marks around the defense. Veteran Tim Ream could start at center back to provide experience, while the midfield trio of Weston McKennie, Tyler Adams and Yunus Musah are locked in as the main men in midfield. Ahead of them Christian Pulisic, Gio Reyna, Brenden Aaronson and Tim Weah are all battling for a starting spot in attacking midfield but there is no clear winner to start as the No. 9, so perhaps the USMNT will start with a false nine?

In terms of injuries, Sergino Dest, Matt Turner and Weston McKennie have all been training after brushing off recent injuries. However, Gregg Berhalter said that both Dest and McKennie are unlikely to play the full 90 minutes and said they aren’t fully fit for the opener against Wales. It has also been announced that Tyler Adams has been named captain of the USMNT for the tournament.

Wales love to sit deep and soak up pressure and their back three and fluid system will be tough for the USMNT to break down. Going forward the quality of Ramsey and Bale speaks for itself and Wales will rely heavily on set-piece situations and swinging in crosses for Kieffer Moore to attack. Watch out for Harry Wilson and Daniel James in the attacking areas too. Wales are a robust, experienced team and they are very good at sitting back and then springing counter attacks. Their nation expects them to get out of this group and this game against the USMNT is going to be so close to call. Injury wise Wales look pretty good with Joe Allen training on his own as he recovers from a recent hamstring issue and won’t be available for this game.