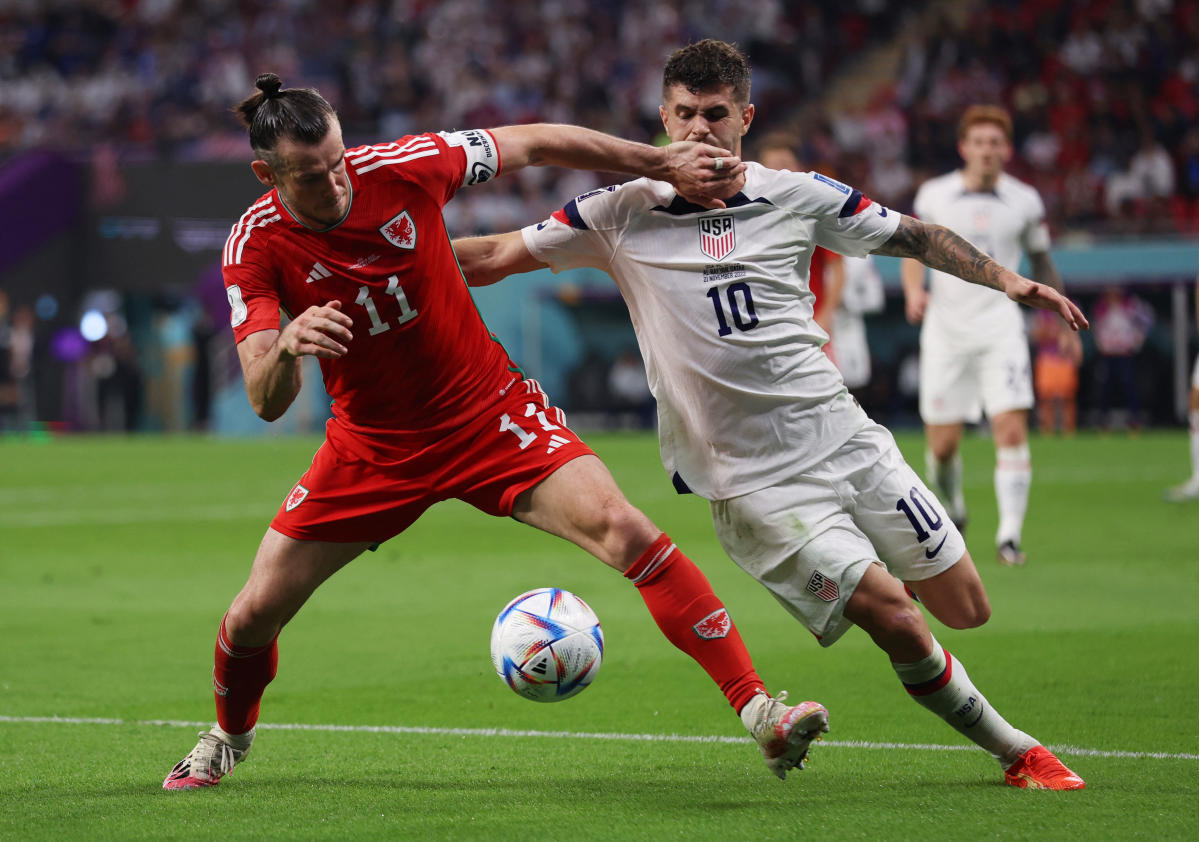 AL RAYYAN, Qatar — Christian Pulisic had waited 1,868 days, and Tim Weah almost as long, to hear the roar. They had endured the darkest five years in American soccer history for nights like Monday, for an opportunity to bring a nation to its feet, for a chance to lift a lifetime of work onto a World Cup stage. They had suffered, and slapped away doubts, and persevered to feel an explosion. At 10:36 p.m. here at the Ahmad bin Ali Stadium, they scored the goal that instigated it — and for an hour, it appeared that they’d won the U.S. men’s national team its 2022 World Cup opener.

But on 82 minutes, Gareth Bale instigated a louder explosion. And the USMNT had to settle for a 1-1 draw with Wales.

They were superior, so far superior, for 45 minutes. Then they receded and tried to survive a Welsh storm. They survived it for 35 minutes. But with pressure growing, Walker Zimmerman fouled Bale in the penalty area. Bale converted from the spot. And what could have been a dazzling, uplifting night turned damp.

The draw is not disastrous. It leaves the U.S., still, as favorites to advance from Group B. But the point will be tinged with disappointment. And pressure, on Friday against England, will be intense.

It also felt like a missed opportunity. Weah’s goal, after Pulisic had glided past Welshmen, felt like the christening of a new era, a moment for a country to rally around, the beginning of what could be a special World Cup.

Instead, emotions are mixed, complicated and conflicting. The first half was promising. The second half was not. Zimmerman whipped his hands down his cheeks in frustration at the final whistle.

The past is now the past. The USMNT has definitively been reborn. The eight-year wait for their World Cup return is over. But the future — the immediate-term future, and the long-term one — is uncertain.

The journey here from Trinidad, the site of U.S. Soccer’s biggest-ever failure, was arduous and uneven. It began with a directionless year-plus under interim manager Dave Sarachan. Sarachan introduced droves of young players to the national team environment, and some became stars. But in those days, Tyler Adams said, “we had no identity, no game plan. It was almost like you were going to national team camp for fun.”

A protracted coaching search landed on Gregg Berhalter. He came with grand plans of progressive, possession-based soccer, or “disorganizing the opponent with the ball,” as he’d say. And early on, he encountered the same problem that had doomed the 2018 World Cup cycle: He didn’t have the necessary players.

Slowly but surely, though, they began to trickle in. They came from U.S. Soccer’s controversial Development Academy, which in 2007 overhauled the youth developmental pathway. Led by Christian Pulisic, they increasingly came through top European clubs. A few, including Yunus Musah and Sergiño Dest, were also dual nationals recruited by Berhalter who chose the U.S. over more storied soccer nations.

As veterans of past World Cups faded, the youngsters coalesced into a trophy-winning team. They beat Mexico in back-to-back finals. They stumbled through qualifying, but they were, by some measures, the youngest USMNT ever, and the youngest national team in the entire world.

Their youth sparked talk of a golden generation, of sky-high potential that would someday be fulfilled. That day, conventional wisdom predicted, could come in 2026, when the World Cup will come to home soil, and when this group of early-20-somethings will be in their prime. They are playing at levels that American soccer has never touched, with talents, in some cases, that American soccer has never seen.

There was a sense that they were perhaps too green, a tad incomplete, not quite primed for a run just yet in 2022. In 45 minutes, they asked: Why not?

And in the second half, perhaps, they provided an answer. They couldn’t withstand the Welsh pressure. Couldn’t maintain their grasp on the game. And couldn’t quite regain it once they’d lost it.