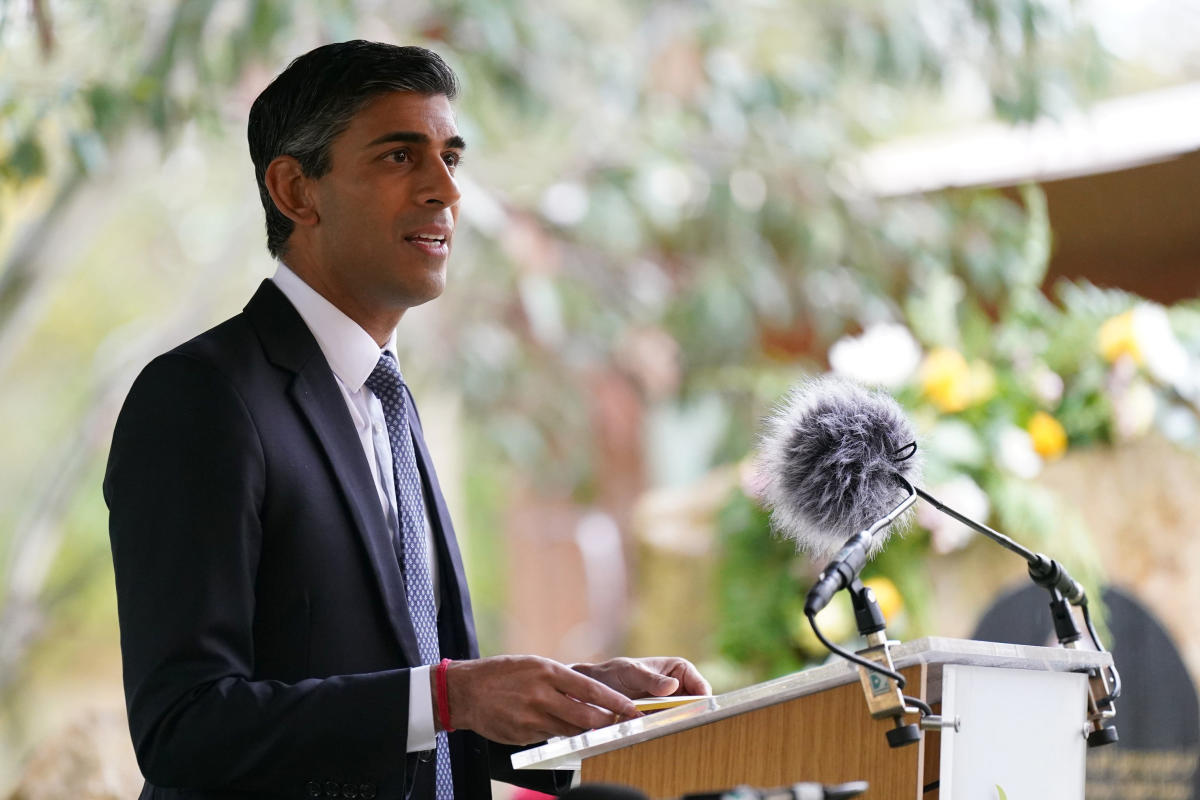 LONDON (AP) — Seven decades after Britain detonated a nuclear bomb in the Indian Ocean, troops who took part — sometimes unknowingly — in the country’s atomic weapons tests are being recognized with a medal.

The U.K. government’s announcement on Monday of the Nuclear Test Medal is a victory for veterans and their families, who have campaigned for years for recognition. Now, many want recognition of the health problems they believe they suffered as a result of exposure to radiation.

Prime Minister Rishi Sunak said the medal was “an enduring symbol of our country’s gratitude” to the test veterans.

“Their commitment and service has preserved peace for the past 70 years, and it is only right their contribution to our safety, freedom and way of life is appropriately recognized with this honor,” he said.

Sunak attended the first-ever ceremony for the nuclear veterans at the National Memorial Arboretum in central England, marking the 70th anniversary of the U.K.’s first atmospheric atomic test on Oct. 3, 1952. The detonation of a plutonium implosion device aboard a Royal Navy ship in the Montebello Islands off Western Australia, dubbed Operation Hurricane, made Britain the world’s third nuclear-armed nation, after the United States and Russia.

Defense Secretary Ben Wallace said those who took part had made an “invaluable contribution to the safety and security of the U.K.”

The U.K. set off further nuclear explosions in Australia and ocean territories including Christmas Island over the following years. Veterans groups say about 22,000 U.K. military personnel were involved in British and American tests in the 1950s and 60s, many of them conscripts doing postwar national service.

Veterans, scientists and civil servants from Australia, New Zealand, Fiji and Kiribati who served under British command during the tests between 1952 and 1967 will also be eligible for the U.K. medal.

Many veterans and their families are convinced there is a link between the tests and health problems they have suffered, and are pressing the U.K. to hold a public inquiry into the tests. Some allege they were deliberately exposed to radiation to see how their bodies would react, and claim their medical records were later suppressed.

John Morris, who saw nuclear blasts on Christmas Island as a young conscript in the 1950s, told the BBC earlier this year that “I felt like I had seen the end of the world.”

“I saw right through my hands as the light was so intense,” he said. “It felt like my blood was boiling. The palm trees — which had been 20 miles away — were scorched.”

Numerous studies over the decades have probed allegations of high cancer rates among the test veterans, and of birth defects in their children, but have failed to establish an ironclad connection with the nuclear tests.

Successive British governments have denied troops were exposed to unsafe levels of radiation.

“It’s great the government is starting to recognize the veterans,” said Owen, whose father James was present during nuclear testing on Christmas Island in 1962. James Owen died in 1994, aged 52.

“For me it is going to be an emotional day because I will be representing him and my sister will be there and we will be laying flowers in his memory.”