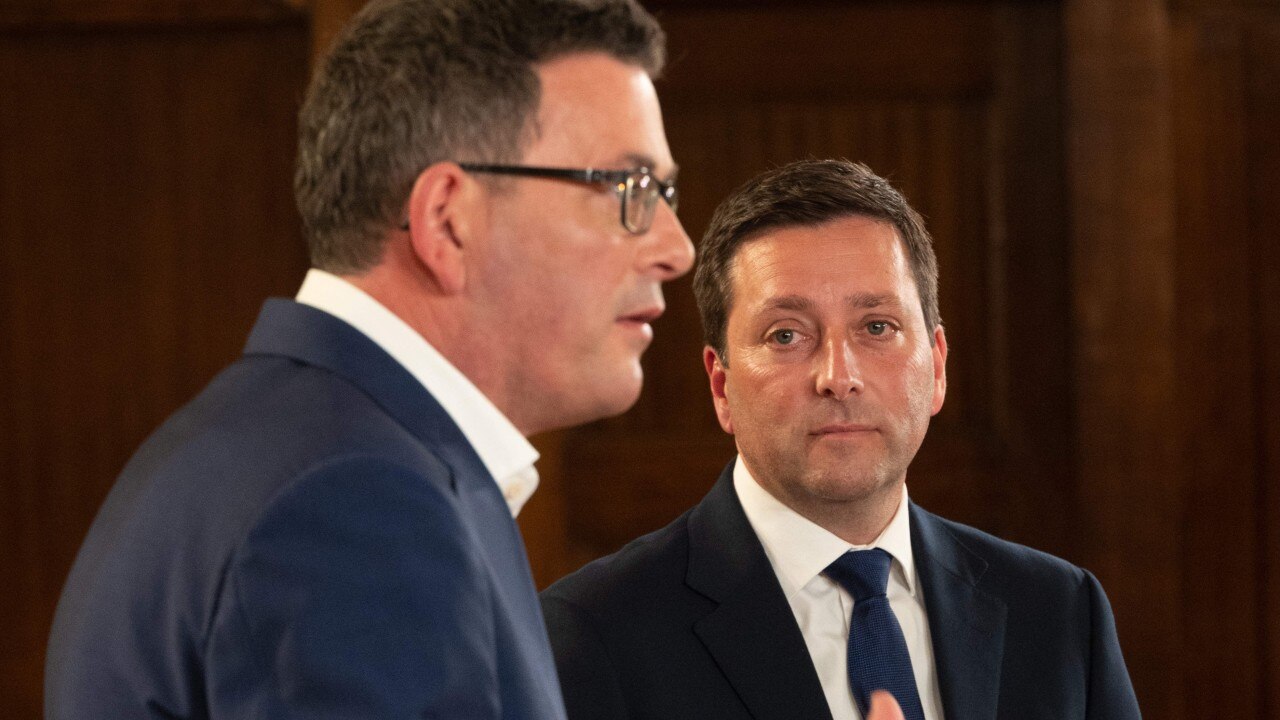 Daniel Andrews has questioned Matthew Guy over his “commentary” on Victoria’s health system, while the Opposition Leader has pressed the Premier over his “combative and divisive style”.

Mr Andrews and Mr Guy went head-to-head in Melbourne on Tuesday night at the Englishheadline/Herald Sun People’s Forum in front of 100 undecided voters.

The forum came just days out from the November 26 poll and was the only live televised debate between the two leaders of the election campaign.

Just before the pair made their closing remarks of the night, Englishheadline Australia’s Chief News Anchor Kieran Gilbert gave the Premier and Opposition Leader the chance to pose a question to each other.

Mr Andrews used his question to Mr Guy to push the Opposition Leader over his stance on the state of the Victorian health system.

“Why Matthew do you continue to run a commentary on our health system that simply ignores the fact that our nurses, our ambos, our midwives, the whole team have worked so, so hard during a one in 100-year event?” the Premier asked.

“It’s almost like you discount the fact that we’ve had a pandemic and you put it out there that the challenges we face in our health system are kind of unique to Victoria, they’re not. (New South Wales Premier) Dom Perrottet, he’s a Liberal, there’s many things we don’t agree on but we work together well.

“The question is surely we could agree and value our nurses and our ambos and just congratulate them for the amazing work they’ve done and then work hard to give them more support to recover from this pandemic event.”

Mr Guy hit back by saying the health system in Victoria is “broken” after Mr Andrews’ two terms in power.

He said the Coalition was committed to repairing the “damage” Labor had done to health since regaining power in 2014.

“Daniel your government has broken the health system. You’ve had eight years and I intend to fix the damage you’ve done to it,” the Opposition Leader said.

Mr Guy questioned Mr Andrews over his attitude in government over the last eight years.

“Daniel, why has your government after eight years adopted such a combative and divisive style when at this point in our state’s juncture we need a premier who can unite us not divide us,” the Opposition Leader asked.

Mr Andrews responded by pointing to Labor’s “positive and optimistic plan” for the future, if they are re-elected.

The Premier added he has made the “right decisions”, not the “popular decisions”.

“Well Matthew, we have a positive and optimistic plan, we get things done, we do the things that we say, and there’s a particular integrity in that.

“I don’t make popular decisions, particularly in crises, I make the right decision. We agonise over so many of the tough calls that we have to make during that one-in-100 year pandemic.

“None of them were made easily, and we knew that there would be pain but tens of thousands of people are alive today because of the decisions and the amazing work that Victorians did sticking together.

“You don’t get the luxury, Matthew, if you have this job of doing the popular thing, you’ve got to do the right thing, that’s what leadership is about.

“You might call it division, I call it suspending politics in many respects not doing the popular thing but doing what is right. That’s what my job entails and that’s what I do every single day and I always will for so long as I have the honour of leading our government.”

Of the 100 undecided voters in the room, by the end of the night 38 were convinced by Mr Andrews’ performance compared to 34 for Mr Guy.

The remaining 28 voters were undecided ahead of Saturday’s state election.