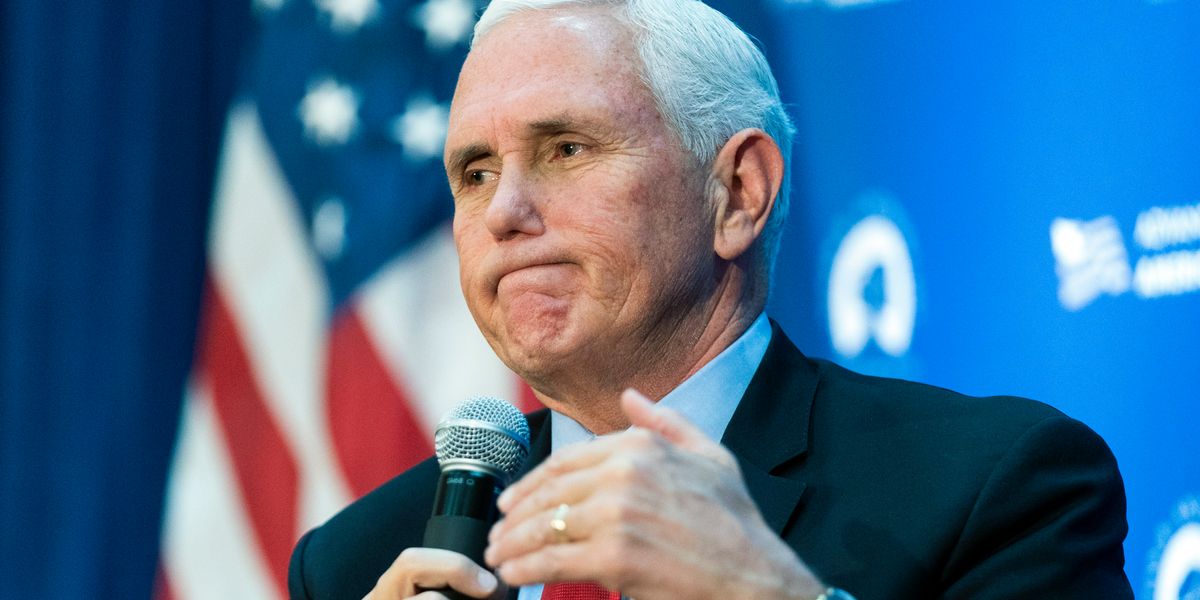 Former Vice President Mike Pence was asked in a new interview if he still considered former President Donald Trump to be a “good man.”

And he wouldn’t give a straight answer.

Pence hailed Trump as such during his address at the 2016 Republican National Convention. In an interview with NPR’s Steve Inskeep broadcast on Tuesday, the former vice president ducked when given the opportunity to repeat the assertion.

Instead, Pence prevaricated on Trump being “wrong” to argue he had the authority to overturn the 2020 election and said he was “proud of the record that we created for the American people.”

“While you’re proud of the record, you didn’t just call him a good man again,” the “Morning Edition” host pointed out.

Pence, promoting his new memoir “So Help Me God,” responded:

“Well, look, I truly do believe that only God knows our hearts. I’ll leave it to others to make their own judgments.”

Tensions rose between Trump and Pence, who is rumored to be considering a 2024 run for the White House, following the U.S. Capitol riot when Trump supporters chanted “Hang Mike Pence” for his decision not to try to overturn the result.

Pence also last we signaled a permanent split with Trump when he said Republican voters are “looking for new leadership” following the party’s poor performance in the 2022 midterm elections, which many conservatives have blamed directly on Trump.