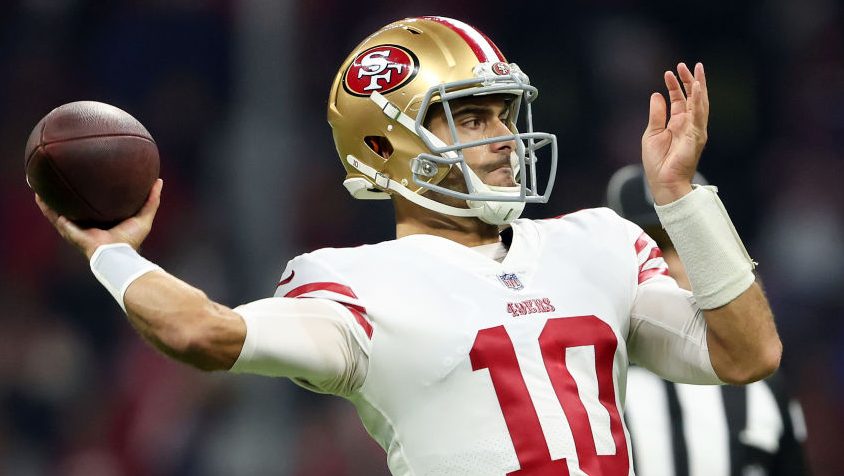 For most of this offseason, it was assumed that Jimmy Garoppolo‘s time in San Francisco was done. But Garoppolo eventually agreed to return for another year, Trey Lance was lost for the season in Week Two, and now it’s Garoppolo who has the 49ers making another playoff run.

“Jimmy’s doing a great job,” Shanahan said after Monday night’s 38-10 win over the Cardinals. “Jimmy always has. When Jimmy’s been healthy out there, we’ve had our guys around him, he plays at a high level, and I think he did that today as good as he has. We’re very fortunate to have him.”

Garoppolo completed 20 of 29 passes for 228 yards, with four touchdowns and no interceptions against the Cardinals. With Garoppolo playing the way he has, the 49ers are going to be a tough team to beat in the postseason, as they have been every year that a healthy Garoppolo has been in San Francisco.