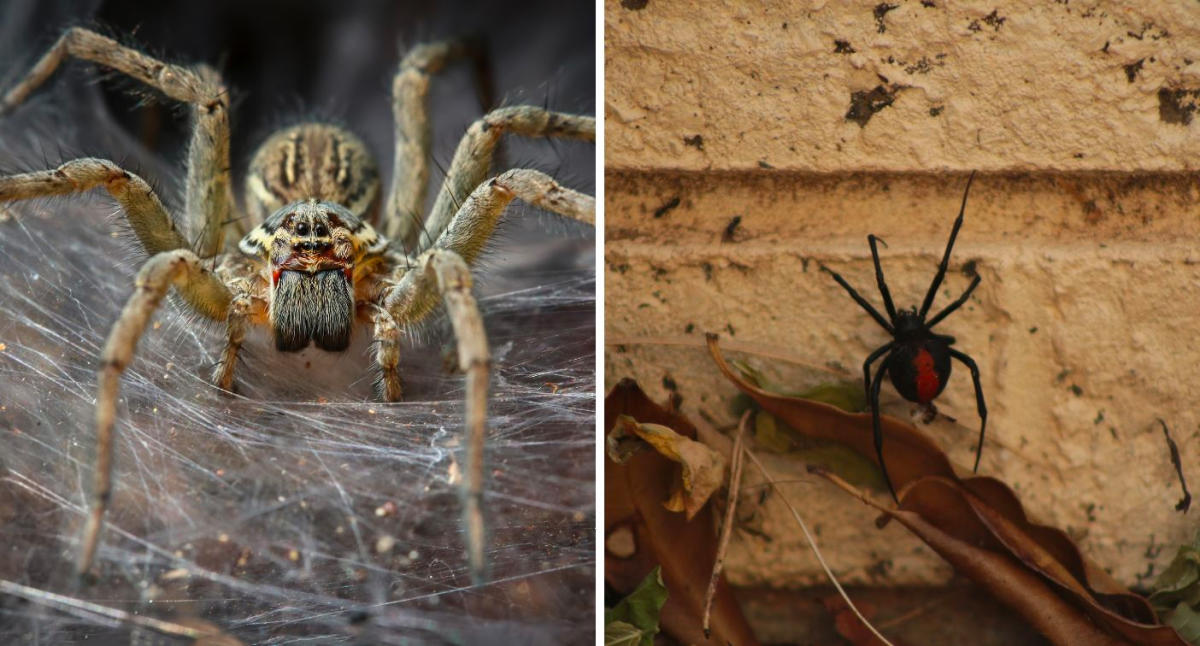 Aussies on the east coast are being told to brace for a plague of deadly spiders as recent wet weather causes funnel-web and redback populations to “explode”.

Sam Yehia, owner of Sydney’s Best Pest Control, told Yahoo News the recent rain and flooding across eastern Australia has washed many spiders out of their burrows and into suburban backyards.

And there are plenty of mosquitos and other insects about for the arachnids to feed on as the weather warms up and males start their search for a mate.

“A lot of funnel-webs and redbacks have been brought out because of the rain, the flooding. They’re also leaving to mate,” Mr Yehia explained. “There’s more food, so they’re breeding more. The population is exploding.”

Mr Yehia has been bombarded with calls for help, as concerned homeowners across Sydney are caught off guard by the venomous intruders.

“It happens a lot after wet weather, we’re seeing a lot of redbacks but also funnel-webs which are the most dangerous,” Mr Yehia said. “Funnel-webs are aggressive – keep right away from them.”

“Residents of Sydney, the Central Coast, Newcastle and the South Coast are urged to exercise CAUTION as funnel-web spider season begins and activity of the deadly arachnid increases,” the post reads. “During funnel-web breeding season, you are more likely to come into contact with these spiders – in your backyard and even your home!”

The warning comes after a Helensburgh woman urged others to check their pools following a “scary” encounter with a “massive” funnel-web spider.

“As we get into the warmer weather please remember to check the pool for funnel-webs,” the woman posted to a local Facebook group, alongside an image of a huge spider she caught in a pool net. “This one was in the pool right near our steps where little kids would be getting in. Teach them to check before getting in! So scary!!”

The Australian Reptile Park has also called for help to catch funnel-web spiders to donate to a lifesaving venom program.

“The Australian Reptile Park is the only place in Australia that milks funnel-webs for their venom, which is used to produce lifesaving anti-venom,” the park’s post continued. “We rely on the public to bring in any funnel-webs so WE NEED YOUR HELP!”

It’s recommended to use a smooth jar and long handled spoon to trap the dangerous spider, while maintaining a safe distance at all times. Once it’s contained, add some damp soil, secure the lid and head to one of the many drop-off points located around Sydney, the Central Coast and Newcastle.

Since the introduction of the anti-venom program in the 1980s there has not been a single death from funnel-web bites in Australia.

How to prepare your home

Mr Yehia recommended homeowners do what they can to prepare for the spider influx.

“Make sure your doors are well sealed, check children’s sandpits, remove clutter and keep your lawn short,” he said.

Victims of a funnel-web bite should call an ambulance and apply a pressure immobilisation bandage while waiting to go to hospital.