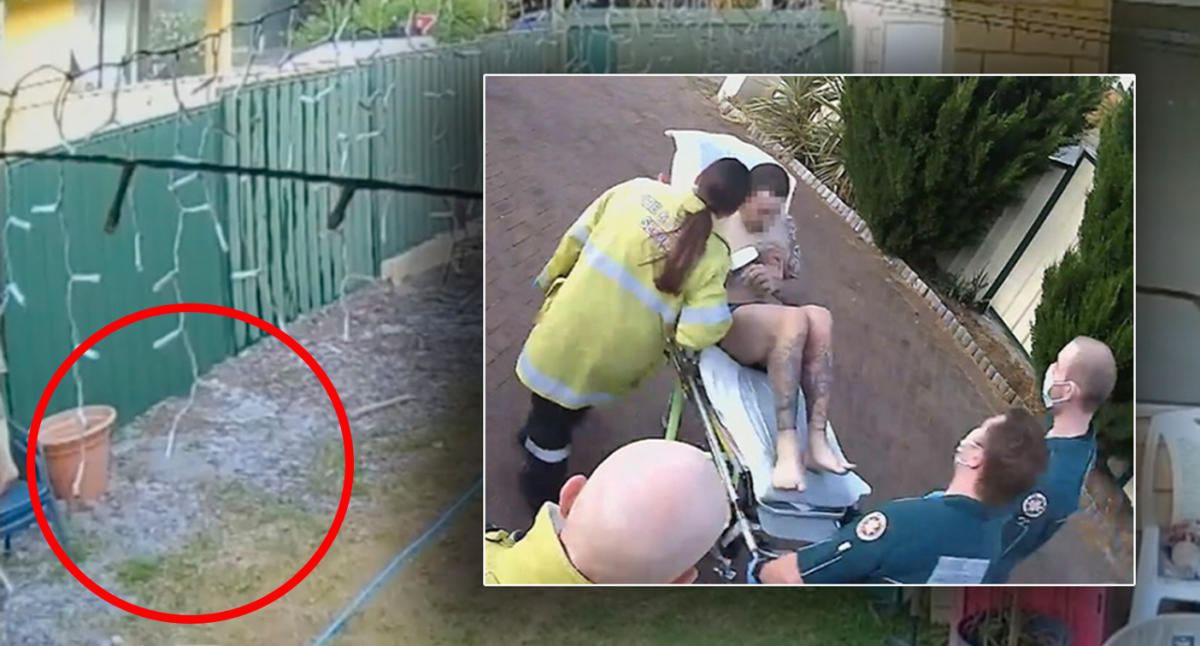 A Perth man is being treated for severe burns after a butane gas bottle exploded while he was cooking in the kitchen.

Firefighters told Yahoo News Australia neighbours heard the explosion from inside the Kelmscott home, in the city’s southeast, at around 6.30pm on Monday. The force was enough to shatter windows at the Clemham Way property and send residents running, Seven News reported.

“We heard a bang and came out and looked over the fence and there is all the smoke pouring out of the neighbour’s backdoor and windows and the roof, and the neighbour trying to get out,” one shocked resident told Seven News. “When he did come out, he was just covered in third and fourth degree burns.”

Neighbours rushed the 34-year-old man into a shower and covered him in cold water, Nine News reported, however his injuries were so severe that his skin was coming away from his legs, arms and neck.

“I brought him in, stuck him under the shower and the poor bloke was obviously in pain, he was screaming out,” another neighbour, Paul Anderson, told Nine News. “There were burns pretty well all over this face and hands.”

St John Ambulance told Yahoo News Australia that the man was transported to Fiona Stanley Hospital under priority one. A woman in her 30s, reported by Nine News to be the man’s partner, was also taken to hospital.

Firies plead with residents NOT to use gas bottles inside

Fire services say the incident is a stern reminder to never use butane gas bottles inside the house.

“You shouldn’t be using those devices indoors, it’s just too dangerous, there’s too many things that can go wrong,” Superintendent Adam Dewberry from Fire and Rescue NSW told Yahoo News Australia. “They’re just not indoor or confined space cooking equipment.”

“Because you get a gas leak, which is what happens, the gas comes out, it expands significantly and you only need to get an ignition point, and that can be from anything from the thermostat of a fridge clicking in or a light switch activating, and can cause an explosion.”