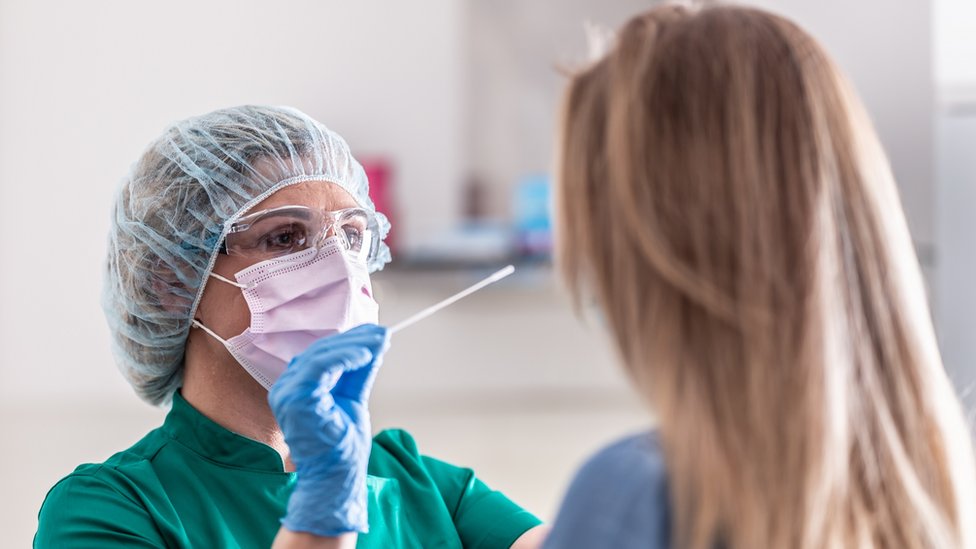 Rapid tests to check whether infections are caused by bacteria or viruses are to be trialled in some GP surgeries.

The University of Bristol trial will investigate whether testing initial symptoms could cut the number of antibiotic prescriptions given out.

The swab tests can detect multiple viruses and some bacteria, with results available in as little as 45 minutes.

Doctors can sometimes give out antibiotics unnecessarily because it is not clear what is causing an infection.

Antibiotics can treat an infection caused by bacteria but are ineffective against those caused by viruses.

The new trial hopes to overcome this by giving rapid results so prescriptions can be given more accurately.

“Industry is investing a lot of money in the development of these tests and the potential future cost to the NHS is high,” said Professor Alastair Hay, a GP and chief investigator of the study.

“It’s therefore important we are confident they are a good use of scarce NHS funds before they are introduced into routine care.”

Global health chiefs are determined to slow down the rise in antimicrobial resistance (AMR), which is part-fuelled by unnecessary use of antibiotics.

AMR occurs when bacteria, viruses, fungi and parasites mutate and no longer respond to the medicines, including antibiotics, designed to treat them.

This makes illnesses hard to treat and increases the risk of diseases spreading, causing severe illness or death.

Antibiotic resistance occurs naturally but the overuse of antibiotics can speed up the process.

Cuts in antibiotic use

The use of antibiotics in the UK fell by 15% between 2017 to 2021 according to data from the UK Health Security Agency but there are plans to cut this even further.

The new clinical trial is being made possible by £1.6m in funding from the National Institute for Health and Care Research.

GP practices in the South West of England can contact the study team if they wish to take part.