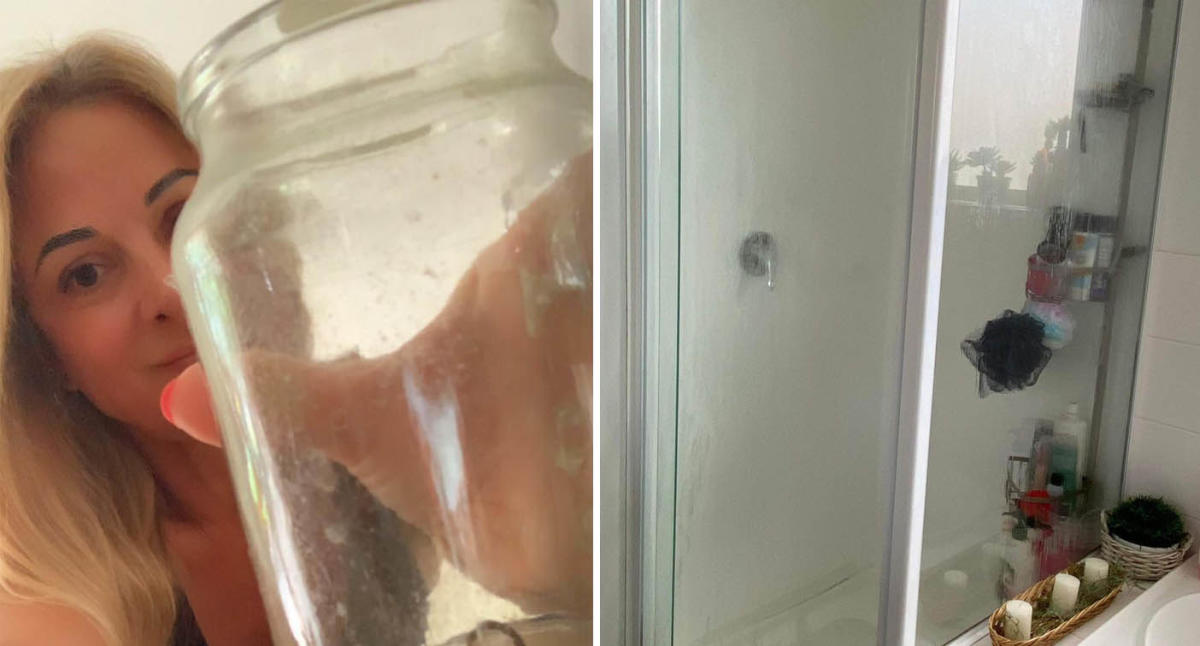 A Queensland woman has said she will be washing her hair with her eyes open from now on, after finding a scorpion in the shower.

Sunshine Coast resident Charlie Lang said her husband was “about to hop into the shower” on Tuesday night when he noticed the small creature that packs an impressive sting.

“He called me straight away,” Ms Lang said to Yahoo News Australia. “First time we have seen one here, I didn’t think that we had them here in Doonan.”

She was especially worried about her pets, who thankfully didn’t discover the “land lobster” first.

“My concern was my pets,” she said. “I have two toy cavoodles and a Devon rex cat who chases bugs and critters.”

After placing it into a glass jar, the Ms Lang released it into the wild on Wednesday afternoon, “hoping it won’t come back”.

“Released it right over the other side of the property,” she said. “We live on an acreage.”

“Will be washing my hair with my eyes open from now on,” she said on Facebook.

Out of concern, the woman posted a photo of the scorpion on the Noosa Community Notice Board, to get other locals’ thoughts.

The post got many reactions, and in stereotypically Aussie fashion, people seemed to be reasonably relaxed about the find.

“Just a rainforest scorpion. Not that bad a sting. Hurts for an hour or two,” one person casually said on Facebook.

“They come up through the drain or under doors. We used to get them at the previous house regularly,” said another. “Probably came in on clothes or through a door left open,” someone else said.

Australian scorpions are dangerous, but not deadly

Yahoo News Australia spoke to lecturer Bryan Fry, from the school of biological sciences at Queensland University, who identified the creature as a Black Rock Scorpion (Urodacus manicatus). The species is found in eastern Australia including Queensland, NSW, Victoria and South Australia.

He jokingly called Australian scorpions a “total embarrassment” due to being “small and harmless”.

“You can pick the danger of a scorpion judging by the size of its stinger relative to its claws,” Mr Fry said.

According to the Queensland Museum website, Australia has 43 species, with painful but not highly venomous stings. While overseas ones can be deadly and kill hundreds of people each year.

They typically seek refuge among debris or burrows during the day, and sometimes make a habit of settling in people’s homes. Rainforest scorpions, which are five to eight centimetres long, are common in Queensland and north-eastern NSW, according to Australian Geographic.

While dwarf forest scorpions (two to three centimetres) are exclusively found in Cape York, Queensland, as well as South-East Asia.