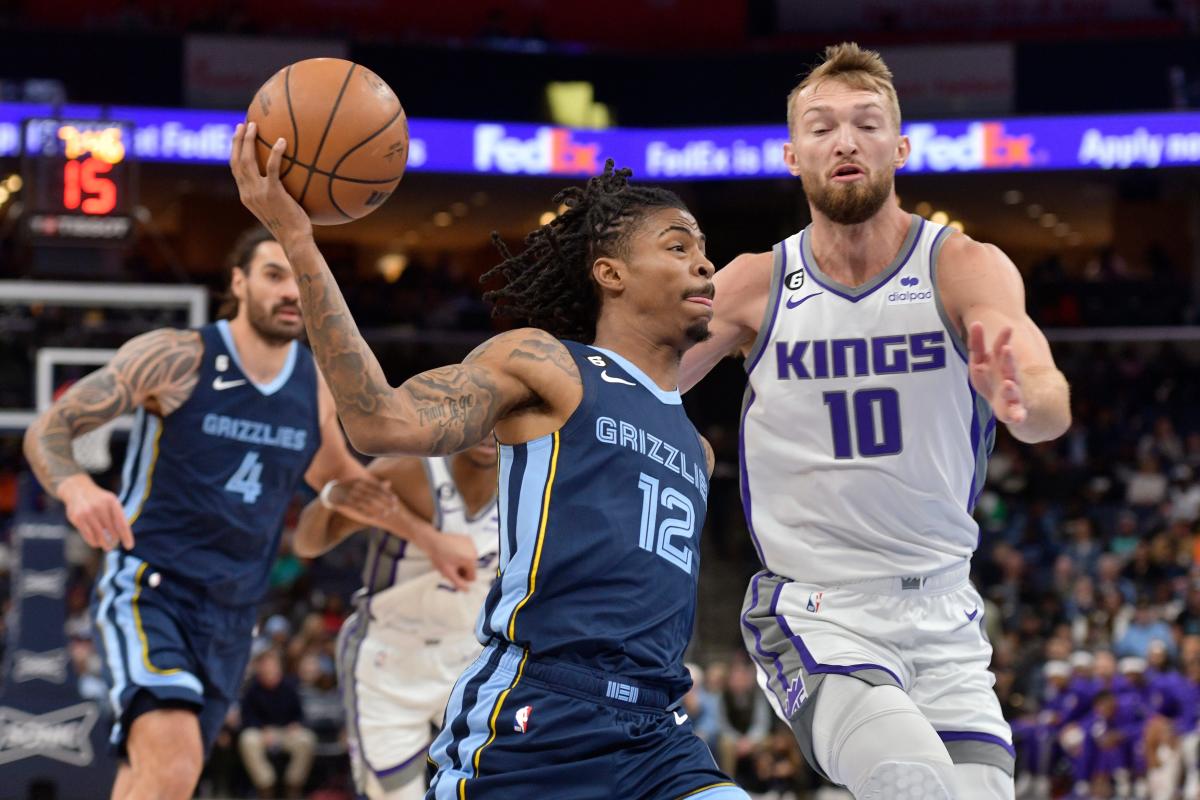 A big crowd formed around as Ja Morant warmed up. Onlookers watched his every move closely, hoping the Memphis Grizzlies star would be cleared to play.

And Morant got a loud ovation as he was introduced in the starting lineup at FedExForum.

All eyes were on Morant, but in the end, it was the Sacramento Kings‘ star point guard who stole the show. De’Aaron Fox got hot in the third quarter and started making midrange jumpers over seven-footers and off-balance 3-pointers.

FOR SUBSCRIBERS: How the Grizzlies had a hand in Memphis basketball’s home court redesign

GRIZZLIES PODCAST: How the Memphis Grizzlies can survive without Ja Morant and Desmond Bane?

The Grizzlies (10-8) made a push in the final two minutes and got within three points after trailing by double digits. With 1.7 seconds left, Morant was fouled on a 3-pointer with a chance to tie the game. He missed the first free throw, which ended the comeback chances.

The Kings (10-6) extended their winning streak to seven games.

Here are some takeaways from Tuesday’s game.

As recent as Monday, Morant was listed as doubtful to play against the Sacramento Kings. Morant said he woke up feeling good on Tuesday morning, and the Grizzlies announced that he would be available about 30 minutes before the game. Morant’s return meant fans in attendance could not only see two of the NBA’s most explosive point guards in action, but also a high-tempo game between two of the NBA’s best offenses.

Jaren Jackson Jr. played his third game since returning after an offseason right foot procedure. He was the first Grizzlies player to check out in the first quarter, but Grizzlies coach Taylor Jenkins said Jackson’s minutes are going up after hovering around 25 minutes in his first two appearances.

Jaren figuring it out

Jackson is figuring out that when he gets downhill on offense, he’s tough to stop, and that’s a scary thought for opponents. The Grizzlies have seen glimpses of Jackson attacking smaller defenders in the past, just for him to follow that game up by hoisting 3-pointers against similar mismatches. Jackson backed down Kings rookie Keegan Murray and Harrison Barnes in the paint and finished strong. Jackson finished with 22 points on 8-for-14 shooting on a night where he only made one of five 3-pointers.

Both teams shot 51.1% in the first half, but that didn’t carry over to the third quarter. Neither shot well in the third, but the Kings built a 12-point lead after being up five points at halftime because of Fox. He scored 13 points and made three 3-pointers. The Grizzlies only scored 17 points in the third quarter and shot 29.6%.

Morant checked into the game with more than nine minutes left in the fourth quarter to help a struggling offensive unit. The Grizzlies trailed by 12 at the time, but eventually were down 104-101 with 1:15 remaining and a chance to tie. Morant took a crossover dribble into a 3-pointer, but missed the shot. Memphis fouled on the next Kings possession.

The Grizzlies will get two days off before returning to action Friday at home against the New Orleans Pelicans. Now that Morant and Zion Williamson are both back healthy, there’s a good chance that both players will be available to face off for the first time since Feb. 2021. The Pelicans won the first meeting this season.