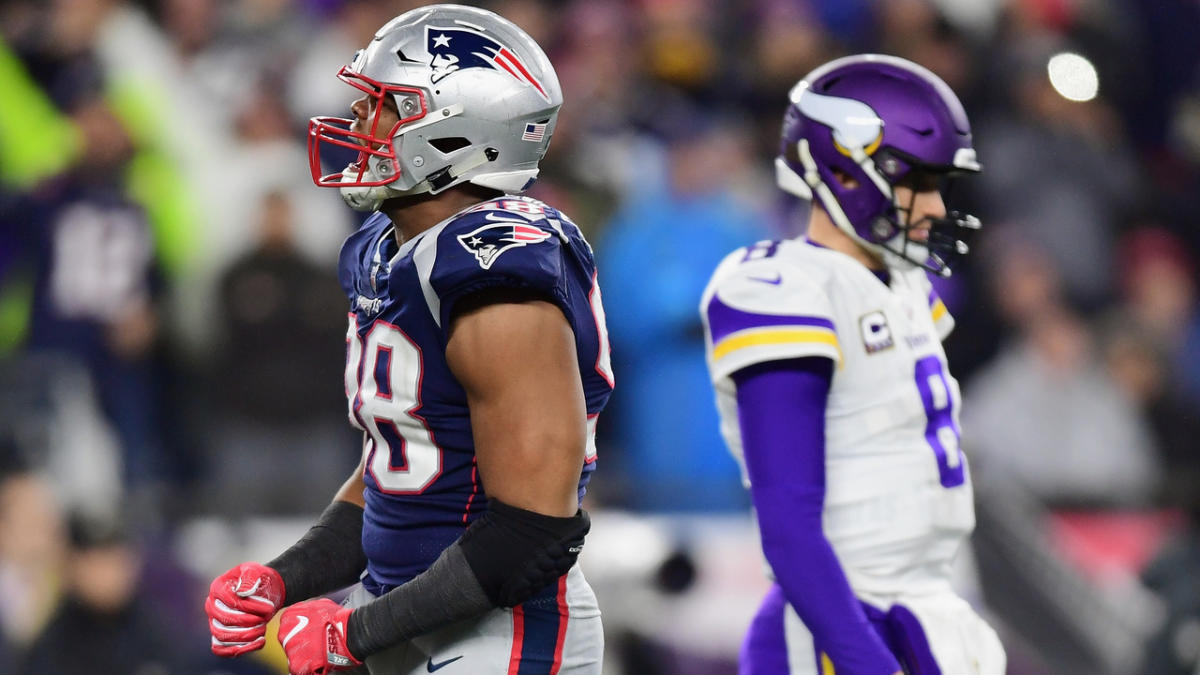 Cassel: Keys to a Patriots upset of Vikings on Thanksgiving originally appeared on NBC Sports Boston

The Minnesota Vikings are a scrappy team with elite players at their skill positions. Justin Jefferson, Adam Thielen and Dalvin Cook are all a handful, and Kirk Cousins is an experienced NFL quarterback.

Those are the types of players that can win you ballgames, which makes Minnesota a big challenge. They have several talented veterans on defense, including Harrison Smith at safety and Za’Darius Smith up front, and they also have fast linebackers.

They run zone-based coverages, they set the edge effectively in the running game and they excel at defending inside zone runs. They’re well-coached under Kevin O’Connell and have found ways to win several close games this season.

That said, the Vikings don’t jump off the page statistically on offense or defense, and after watching them lose to the Cowboys last week, I think the New England Patriots have a chance on Thanksgiving night.

Minnesota’s defense is primarily zone-based. It’s a lot of split-safety coverage with two deep high safeties, and they try to let their front seven handle the run game.

When you’re playing zone-coverage teams, you have the ability to manipulate the linebackers at the second level with a good play-action fake. Those front-seven guys are responsible for stopping the run with two safeties playing deep, so they might be more likely to react to play fakes.

If the Patriots can execute in the play-action to create that movement on the second level, that could lead to some chunk plays down the field.

When you’re facing a zone defense, it’s all about spacing and being in the right position. It’s being able to impact the linebacker position at the second level. So, the receivers need to be disciplined in the depth and spacing of their routes to make sure they get to the right spot, while Mac Jones needs to be very diligent in going through his reads to make sure he’s not forcing anything. He might have to take the check-down, and that’s OK.

As a quarterback, if you get a good pre-snap read against a zone defense, you understand where you’re supposed to go with the ball. Then it’s just about manipulating one player to make them move outside of the zone, and if they move into your throwing lane, then you immediately look to the check-down.

If Jones is disciplined in his reads, he could find some openings in the passing game Thursday night.

Keys to the Patriots’ success on offense

If the Patriots want to move the ball effectively, they need to control the line of scrimmage. It all starts up front. They need to get the running game going early, because that will set up the play-action pass, where I think they could have some success against the Vikings’ zone defense.

The Patriots found a good rhythm in their play-calling last Sunday; they incorporated some quick passes and some effective runs out of different formations that married well with their play-action passes. They’ll need more of that Thursday — and they’ll also need to protect Mac Jones. Jones was sacked six times last week, so the offensive line has to take a lot of pride in limiting hits on the quarterback.

Finally, as we saw last week, the Patriots can be in any game regardless of their offensive output if they take care of the football. So, limiting turnovers will be a focal point again for this offensive group, as will finishing drives in the red zone after they failed to score a touchdown against the Jets.

Keys the Patriots’ success on defense

The Patriots have been really good against the run lately, and they’ll need to continue that trend this week. They can’t let Dalvin Cook get going.

The other focal point for the defense is going to be stopping Justin Jefferson, who has a great rapport with Kirk Cousins and is one of the best receivers in the game right now. He’s such a big play threat at any point in the game, so the secondary needs to be on high alert to limit his explosive plays.

Curran: Patriots will go as far as defense can carry them

Bill Belichick has always made a point of identifying “game-wreckers” on the other side and saying, “We can’t let this guy beat us.” Jefferson certainly falls into that category, and I expect the Patriots to give him extra attention, whether that’s in “bracket” coverage with a safety helping over the top or jamming him at the line of scrimmage to make sure he doesn’t get clean releases.

Cook is very effective on outside zone runs, so the Patriots will need to set the edge up front and stop the run. The other important piece is the pass rush, which was a big part of the Cowboys’ success against Minnesota last week. They sacked Kirk Cousins seven times and made him uncomfortable in the pocket, so if the Patriots get to Cousins like they got to Zach Wilson last weekend, that could change the outcome of the game.

The Vikings are 8-2, but they’ve played in a lot of close games this season. So have the Patriots, whose defense is playing with a tone of confidence. Playing on a short week is always a challenge on offense, so I think we’ll see a lower-scoring game, which should work in the Patriots’ favor and give them at least a chance of pulling off the road upset.

For that to happen, the Patriots need to start producing points in the red zone. The offense showed some promising signs last week, and now it just comes down to eliminating the negative plays — specifically penalties and sacks — and improving their execution closer to the goal line.

If they avoid hurting themselves, we should have an entertaining ballgame.

Editor’s Note: Matt Cassel played 14 years in the NFL as a quarterback, including four with the Patriots from 2005 to 2008. He serves as an analyst for NBC Sports Boston, appearing on Pre/Postgame Live, as a guest on Tom Curran’s Patriots Talk Podcast every Thursday, and as a columnist each week during the season.