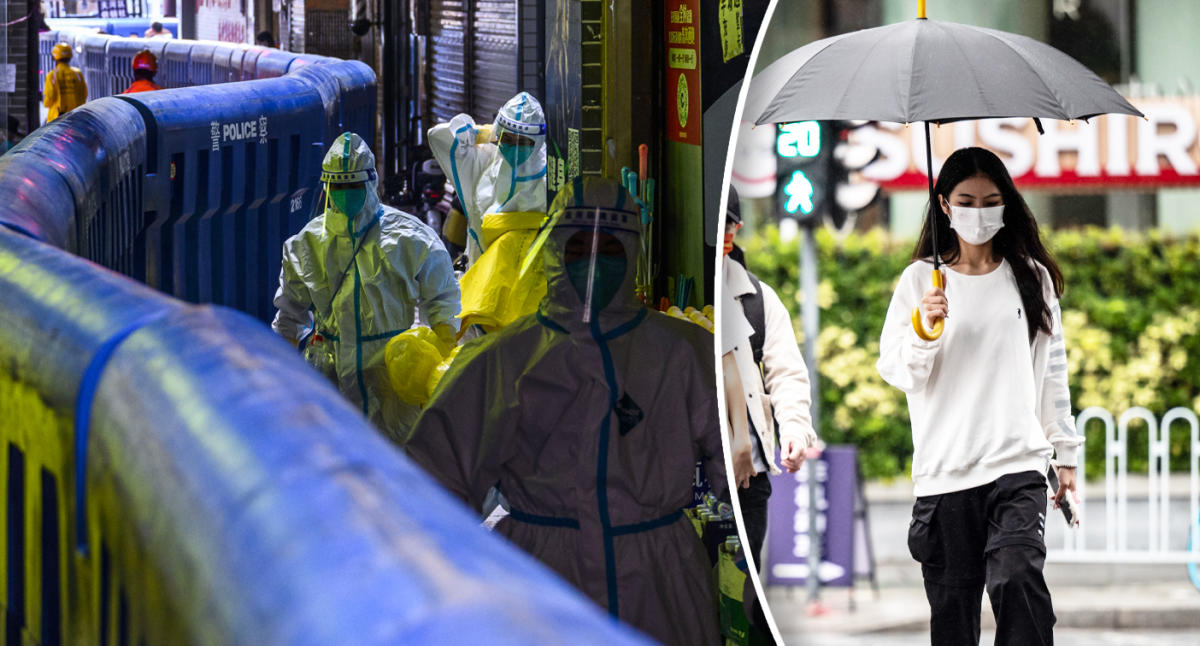 China’s resolve over its Covid-zero strategy remains as strong as ever, with millions more facing lockdown restrictions in the face of what is set to be the biggest wave of infection to hit the country.

Large swathes of residents in Beijing have been told to stay at home, joining those in the mega cities of Guangzhou, Shanghai, Chongqing under varying levels of restrictions. While the Chinese Communist Party (CCP) has shifted away from sweeping, city-wide lockdowns, there are millions affected.

But it’s coming at a huge economical and social cost for China — as more and more citizens contribute to a level of unrest never before seen under Xi Jinping’s leadership.

Anger towards the government has been bubbling for months now, with social media criticism rife, albeit brief until China’s tight grip on social media activity kicks in and removes offending posts.

“Tens of thousands in Qatar don’t wear masks. And we are still panicking,” wrote one user on the Weibo platform, referring to the large crowds gathered in the host nation of this year’s FIFA World Cup. It’s a scenario now commonplace among the rest of the world who have adopted a ‘living with Covid’ stance.

China’s latest wave looks set to eclipse the one that brought Shanghai to a standstill in March. The mainland’s 7-day average is nearing 30,000 cases – a daunting wave of infection for a nation that has managed to suppress the virus for the majority of the pandemic.

It’s prompted authorities to double down on their approach. However the patience of those facing restrictions is wearing thin. Last week large crowds of residents in Guangzhou took to the streets to defy lockdown rules. And while Covid-19 guidelines were tweaked earlier this month to “optimise” the country’s response, the confusion and uncertainty of where the country is heading is fuelling the discontent.

Professor Catherine Bennett, Chair of Epidemiology at Deakin University, said it was unclear what China is holding out for.

“The whole point of lockdowns is it’s an emergency measure you put in place to hold back the tide,” she told Yahoo News Australia.

“The question is what do you have entrained that makes it worth this effort to hold it back?”

Prof Bennett said there was a level of secrecy regarding the progression of China’s vaccine development, yet questioned even if they were able to improve what was previously an inferior vaccine to Western-developed ones, there could be poor uptake from residents.

“Time works against them. Omicron waves are unrelenting and they’ve got one hotspot on top of another,” she said.

Prof Bennett said the measures being implemented by China are “so disruptive” and the government must “weigh up what you’re protecting your population from”.

The CCP has regularly reiterated its commitment to its strategy, stressing it is protecting the health of more than one billion people while it is potentially preventing health complications in years to come. Yet Prof Bennett says those affected by long Covid were thankfully a small minority of those who have contracted the virus.

“It comes back to the question what are you waiting for? If you’re concerned about long Covid we might learn more about it but if you can’t prevent it, you can’t treat it, but you’re actually disrupting your entire population in a way that might be for a lot of individuals be similar to long Covid as in you can’t do anything and you’re locked away,” she said.

“At the end of the day, you cannot stop Omicron, it’s not actually in their control in the way they would like it to be.”

Prof Bennett questioned how effective quarantine centres, where infected cases are taken to in China, are with the speed at which the virus is now moving and how quickly a newly-infected case can transmit the virus.

“They’re holding back a tide with a sieve now, not a dam,” she said.

“The question is do you need to keep trying to beat it down if you if you can’t beat it out? Where does that leave you?”

And while China’s revised approach, which temporarily included the ending of mass testing, offered hope to many, the government was quick to reiterate its commitment to the Covid-zero approach.

Experts caution that full reopening requires a massive vaccination booster effort and a change in messaging in a country where the disease remains widely feared. Authorities say they plan to build more hospital capacity and fever clinics to screen patients, and are formulating a vaccination drive.

“The real picture may not be as rosy as it seems,”analysts from the Nomura research centre wrote, saying they only expected any reopening to accelerate after March next year, when the reshuffle of China’s top leadership is completed.

“Reopening could be back and forth as policymakers may back down after observing rapid increases in cases and social disruptions. As such, local officials may be even more reluctant to be the initial movers when they try to sound out Beijing’s true intentions,” Nomura wrote.