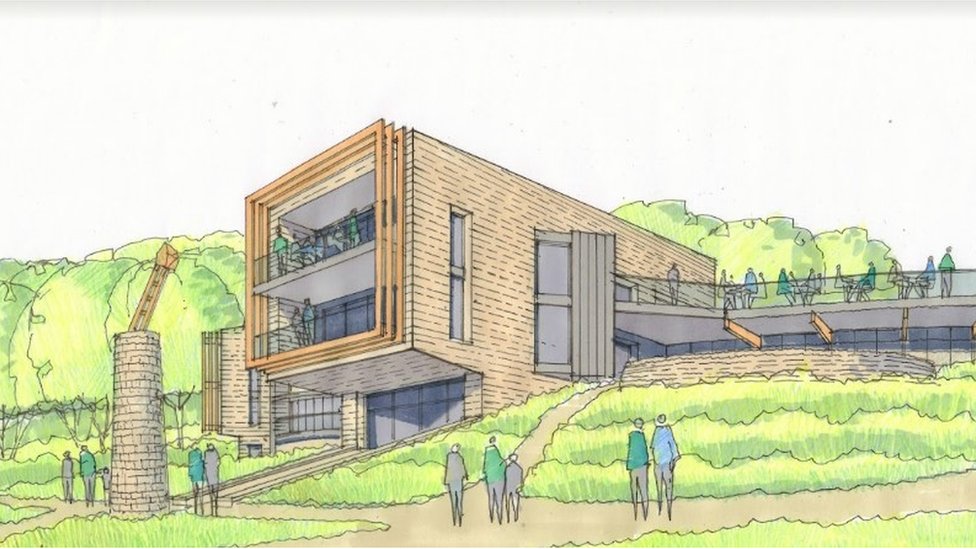 Plans to build a new £6.5m visitor centre at a national tourist attraction have been submitted.

Prof Iain Stewart, the centre’s patron, said he hoped the plan would secure the attraction for future generations.

Derbyshire Dales District Council, which is considering the proposal, has been contacted for a comment.

The application has been jointly submitted by the National Stone Centre and the Institute of Quarrying.

They said the proposed new centre would take its inspiration from the area’s geology and industrial heritage, including the overhanging rock formations found at Black Rocks and Stanage Edge.

The plans include a 100 seat café, four classrooms, a museum/exhibition space, a souvenir shop, a new children’s playground and an open-air circular piazza.

“Securing the future of the National Stone Centre for future generations to experience and enjoy is fantastic news.”

James Thorne, chief executive officer of the Institute of Quarrying, said: “A reimagined and reinvigorated National Stone Centre will bring new visitors, as well as providing a focal point for engaging the public, schools and colleges.

“We are delighted to have reached this point in the project, which makes everything feel so much more real.

“It’s the home that such a significant collection deserves.”

The National Stone Centre opened in 1990.

Visitors can find out about the origin, industry and the history of stone, working with schools to help children explore geology, the natural environment and industrial heritage.

The centre is sits within six former limestone quarries on a 40-acre Site of Special Scientific Interest (SSSI).

Managing director of Marketing Peak District and Derbyshire Jo Dilley said: “These plans signal a positive step towards the goal of creating an extraordinary new centre of excellence that will not only attract visitors from across the UK but will also support local jobs.”