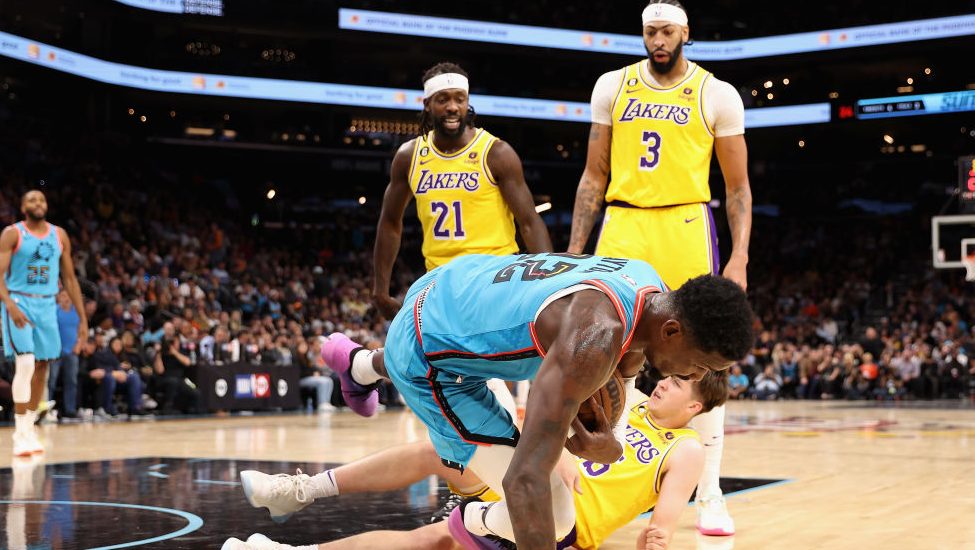 Patrick Beverley has a suspension coming.

With under four minutes to go in the Suns’ win over the Lakers, Devin Booker fouled Austin Reaves on a drive, and Deandre Ayton was standing over Reaves when Beverley took exception, ran over and flattened Ayton from behind.

Of course that went to review and Beverley was tossed. It was a cheap, unnecessary shot and you can bet — based on his history — Beverley will get a suspension, not just a fine.

To a man, the Lakers had Beverley’s back after the game because they felt he had their back.

Devin Booker picked up a flagrant foul for the shot to Reaves’s face.

Anthony Davis finished with a monster line of 37 points, 21 rebounds and five blocks, but that was not enough against a deeper, more balanced Suns team who won 115-105. Booker and Mikal Bridges each had 25 points.

Check out more on the Lakers

Patrick Beverley ejected after he levels Deandre Ayton in the back originally appeared on NBCSports.com