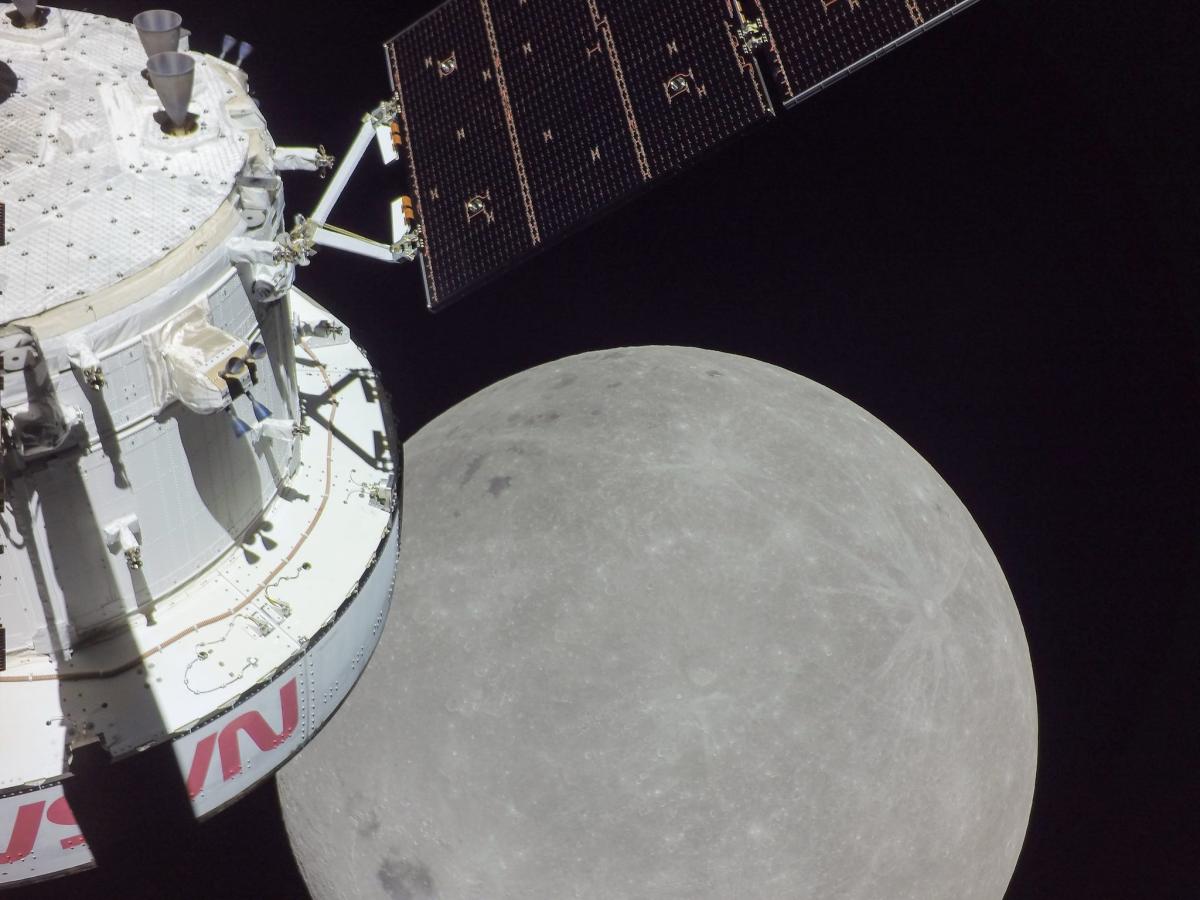 NASA’s new Orion spaceship is beyond the far side of the moon, and it’s beaming gorgeous photos back to Earth.

The rocket’s job is done, but Orion is now completing a 25-day journey around the moon and back. The mission is called Artemis I. It’s a test flight to ensure the spacecraft can safely carry astronauts.

As Orion zipped away from Earth, its camera turned back to look at our planet.

Orion entered the “lunar sphere of influence” on Sunday, where the moon overtakes Earth as the primary gravitational force.

Then it skimmed past the moon on Monday, flying about 81 miles above the lunar surface, passing over three Apollo landing sites. The spaceship screamed past at about 5,102 miles per hour, then slowed to careen through space at 3,489 mph, according to NASA.

Now Orion is on the far side of the moon. No humans have experienced this view firsthand since the Apollo missions. But if Orion succeeds on its first flight, NASA plans to send it with astronauts next time.

On Friday, Orion is set to reach its furthest point from the moon, about 57,287 miles past it.

Then on Monday, the spaceship should reach its farthest point from Earth, about 20,000 miles farther than any spacecraft made to transport humans has ever traveled.

This mission is designed to test the spaceship’s limits. Orion is carrying three mannequins fitted with scientific instruments and sensors, to measure the acceleration, vibration, and radiation that could impact future passengers.

The moon’s gravity should catapult Orion back toward Earth, hurtling the spaceship into a fiery fall through the atmosphere, which will test its heat shield’s capacity to protect passengers. Then Orion should release its parachutes and drift to a splashdown in the Pacific Ocean.

NASA plans to use SLS, Orion, and SpaceX’s Starship to land astronauts on the moon again in 2025. Eventually, the agency plans to set up a permanent base on the lunar surface and build a new space station in lunar orbit.