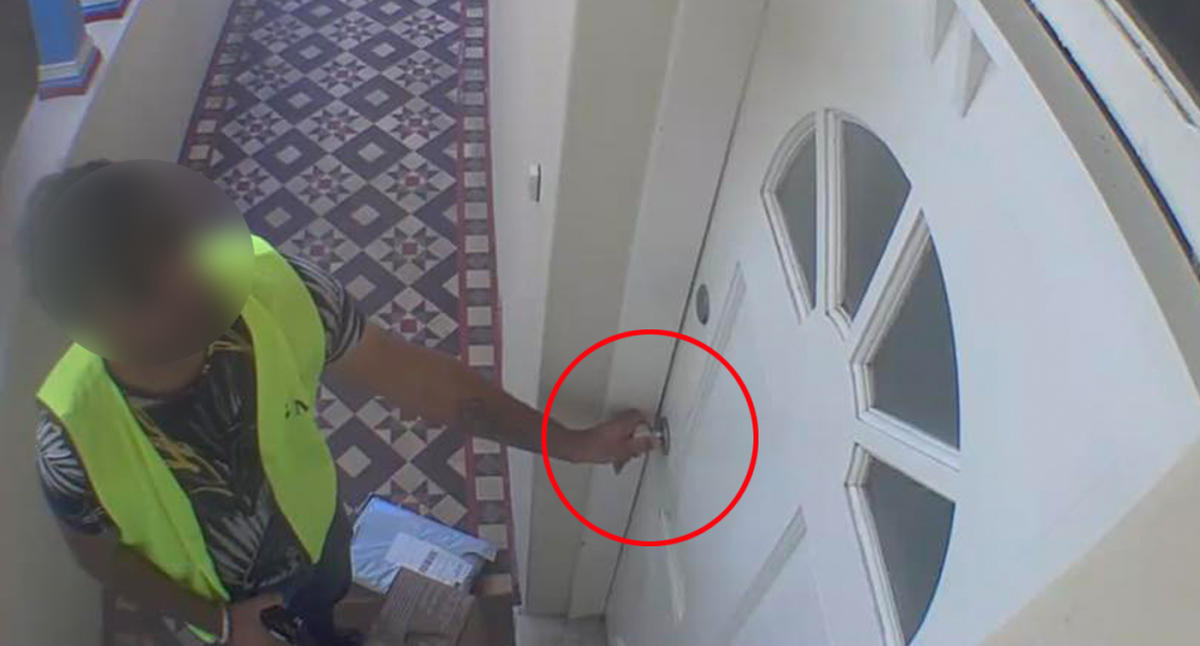 Sydney residents are being warned of a potential “delivery scam” after one woman captured a man appearing to open her front door she claims was posing as a delivery driver.

The woman, who lives in the beachside suburb of Coogee, claims he was working with another woman, and told Yahoo News Australia he allegedly tried to enter her home where she lives with her family. The woman, who asked to stay anonymous, confirmed she called the police immediately, but Yahoo News understands police will not be investigating further.

The worried resident warned others of the incident by sharing a post on Facebook. Describing it as an attempted “break and enter,” she claimed the man dropped off an “empty Hello Fresh box and checks to see if your doors are opened”.

In a photo captured from her CCTV footage, the man can be seen at her front door with his hand on the handle. He’s wearing sunglasses and a yellow vest, and there appears to be a Hello Fresh box at his feet.

It’s understood Hello Fresh is making its own enquiries into the woman’s claims.

The worried resident said it happened between 1.45 pm and 3 pm on Monday afternoon. “The woman then comes and picks the box up after,” she said, claiming they were working together.

The warning has since been shared widely on social media with others being warned to “be careful”. The woman’s friend shared a post on her Facebook page saying it “seems like a current scam”. “Someone comes to your door with a box and ‘attempts delivery’. Then checks if the door was locked,” they wrote. “This is a friend’s house in Coogee but [I] imagine it’s not isolated to the east,” they added.

This post was later shared on Reddit by someone who’d seen it. “Just saw [this] on Facebook. Be careful everyone,” the Reddit poster said. People on social media grew alarmed, but one person claimed this is “nothing new” and said, “people have been breaking into houses like this forever.”

Another person who lives in a nearby suburb revealed something similar happened to them two years’ ago. “I left my front door open and heard a knock, before I made it to the door, a guy was walking in,” they wrote. Luckily, the woman’s husband was home and “we sent him away”. “He went on to the second floor of the building and by the time my husband caught up with him, he was halfway through my neighbour’s apt. She was taking a shower,” she continued and added, “I never left my door unlocked again.”

Other Coogee locals said they were “shocked” to learn such a thing took place. “It’s a safe community and we always have our door open, this is shocking,” one said. Others thanked the worried resident for the warning.