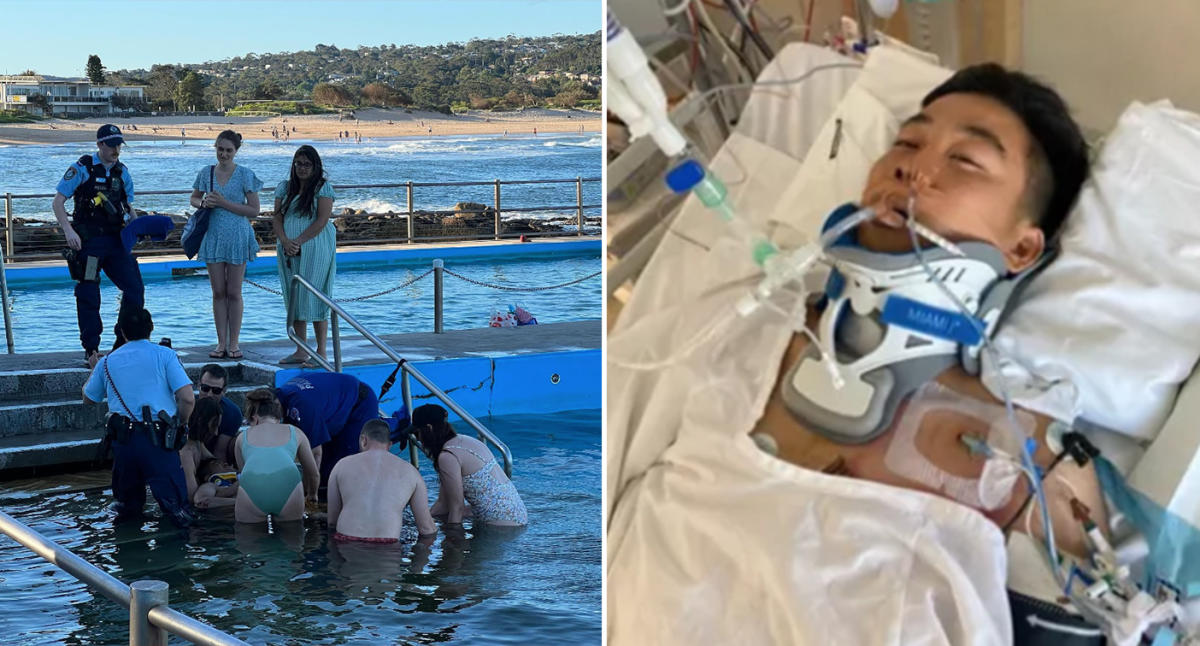 A Japanese tourist on a working holiday in Australia has spoken out for the first time since a devastating trip to a Sydney rock pool left him paralysed from the chest down.

Haruto Morishita — otherwise known as “Harry” or “Mori” — suffered a severe spinal injury after diving into the ocean pool at Dee Why Beach on October 27.

The 22-year-old avid surfer and photographer, who had just started a new job as a barista at the time of the tragic accident, fractured a vertebrae in his neck after hitting his head on the bottom of the pool, his friends revealed on a GoFundMe page.

Mr Morishita was conscious but unable to move his arms or legs when witnesses, paramedics, firefighters and police rushed to his aid. He was then taken to the Royal North Shore Hospital, where he underwent emergency surgery and is still recovering after being moved from the intensive care unit.

From his hospital bed on Tuesday, the 22-year-old thanked the local community for their support.

“I really appreciate this community and I realise how amazing they are, because people who I know and even those I haven’t met have supported and rescued me,” he told the Manly Observer. “Again thank you so much for your help. I’m not local, but it feels like a home town.”

The skater said the days after the accident felt like a “nightmare” and that he was “in the dark”.

“But I could see the light slightly because of so many thoughtful messages. I will convert all your support into strength and work as hard as I can on my rehabilitation journey,” he said.

In an effort to help Mr Morishita with his mounting medical bills, his friends have helped raise almost $98,000 — which will also help pay for him to get home to Japan, as well as potential renovations to his family’s home to make it more wheelchair accessible.

Because Mr Morishita is not a permanent resident, he only has access to travel health insurance, they explained. “We’ve been advised that the chances of his body movement returning to what it once was are close to zero, as a damaged spinal cord cannot be repaired,” his friends wrote earlier this month.

“But our Haruto, despite these traumatic events, is in good spirits. ‘When can I start physio?’ was one of the first things he asked since becoming able to talk.”

The 22-year-old’s parents rushed to his bedside immediately after the accident but had to return to Japan on November 9. After arriving home, they issued a statement saying “everyone’s heartwarming messages and support” has filled their family with gratitude.

“There are still many things that we are worried and concerned about, but with his positive outlook and everyone’s support, we believe that he will be able to overcome them,” they wrote on the GoFundMe.

“We will be supporting him in any way we can, so if you could continue to cheer him on, we would be forever grateful.”