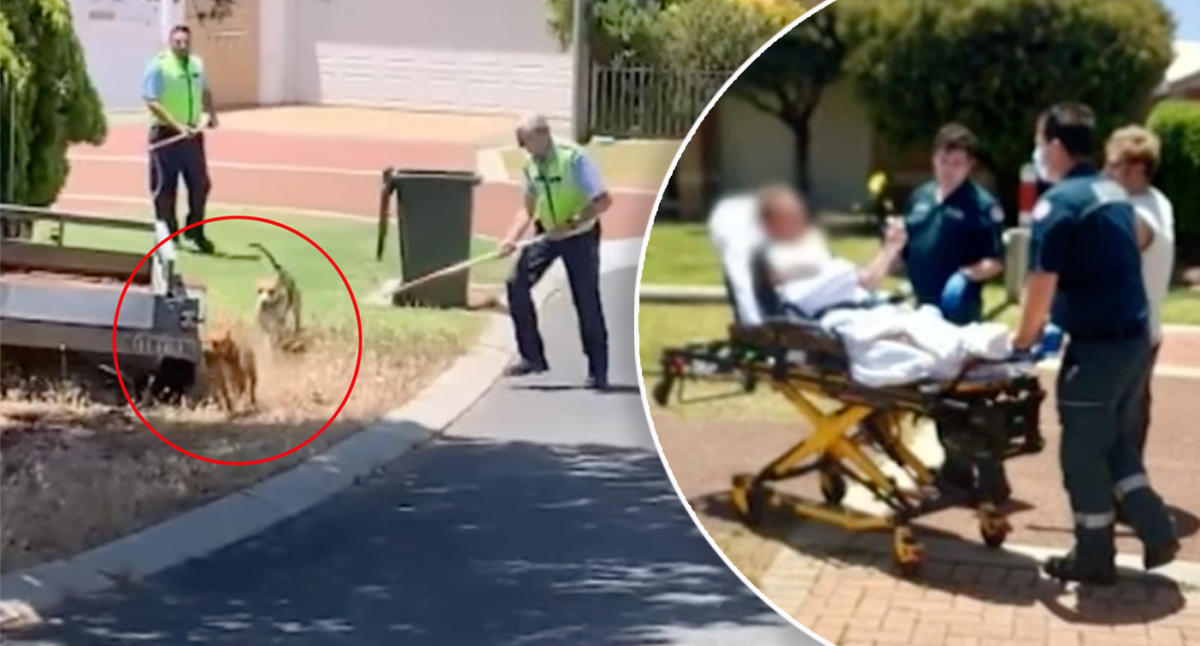 Four people have been left bloodied and injured after fighting off two dogs, with one neighbour rushing in to help, armed with a fence post and some Windex.

CCTV footage shared by media shows the animals racing through a Quinns Rocks street in northern Perth on Wednesday morning, before latching on to their victims in two separate attacks.

One man, Phillip Smith, was standing outside his home with his neighbour Ian Stewart when suddenly the dogs came after them. Mr Smith sustained wounds on his lower legs where both dogs latched on, he said. Video shared by Seven News shows a bloody mess left behind when the men eventually ran inside.

“I was in panic mode, I was fearing for my life,” he told the network. “We were yelling at the dogs, and we were looking for something to hit the dogs with but there was nothing there”. Luckily for them, a neighbour rushed out to help fight off the dogs which were “going savage” on Mr Stewart at the time.

The aiding neighbour, Rennie Pace, reportedly sprayed the animals in the eyes before chasing them away with a wooden fence post. Mr Smith said if it wasn’t for the cleaning spray, the dogs “would have got me”. He feared the canines would jump on the car and latch onto his throat.

WA Police said they attended the scene at around 10:30 am on Wednesday morning. “Upon arrival, officers located two unaccompanied dogs who had been seen walking around the area,” a spokesperson said in a statement to Yahoo News Australia.

A man in his 30s and a man in his 50s were taken to hospital for further treatment, WA Police confirmed. The 30-year-old underwent surgery on his arms and legs and his 29-year-old partner suffered bite marks on her leg, Nine News reported.

Rangers captured the dogs and an investigation is underway with the City of Wanneroo.