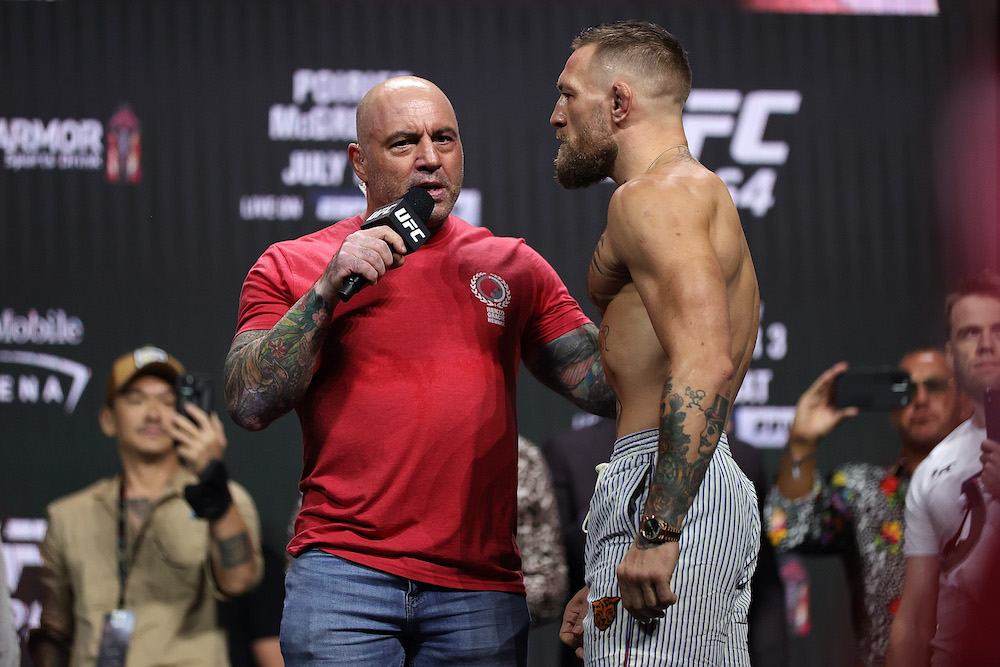 Conor McGregor is at it again.

In a string of tweets Wednesday evening, McGregor seemed to live-tweet a rewatch of his UFC 229 bout against rival Khabib Nurmagomedov. That fight took place in October 2019, and McGregor lost by fourth-round submission.

McGregor, who has not competed in MMA since he suffered a broken leg in a loss to Dustin Poirier in July 2021, took particular exception with Joe Rogan for his commentary of the bout. He also voiced confidence in his abilities going forward, though as McGregor films a remake of the movie “Road House,” it’s unclear when that next bout will come.

In addition to criticism of Rogan, McGregor took a stab at Nurmagomedov possibly in response to recent comments made by the former Russian champion.

Pro wrestler Maxwell Jacob Friedman, a.k.a. “MJF” also became a target in the streamline of insults as McGregor came to the defense of fellow Cage Warriors alumnus and rising UFC star Paddy Pimblett.

“That was an illegal knee on the head of a grounded opponent,” McGregor said. “Shut up, Joe. You little fool, you. What are you talking about? Smash this and smash that? What was smashed was my knee into his f*cking eye socket, yeah? Sh*t. ‘That’s a knee to a grounded opponent. Call the cops. F*cking tick, you.”

Sounding as confident as ever