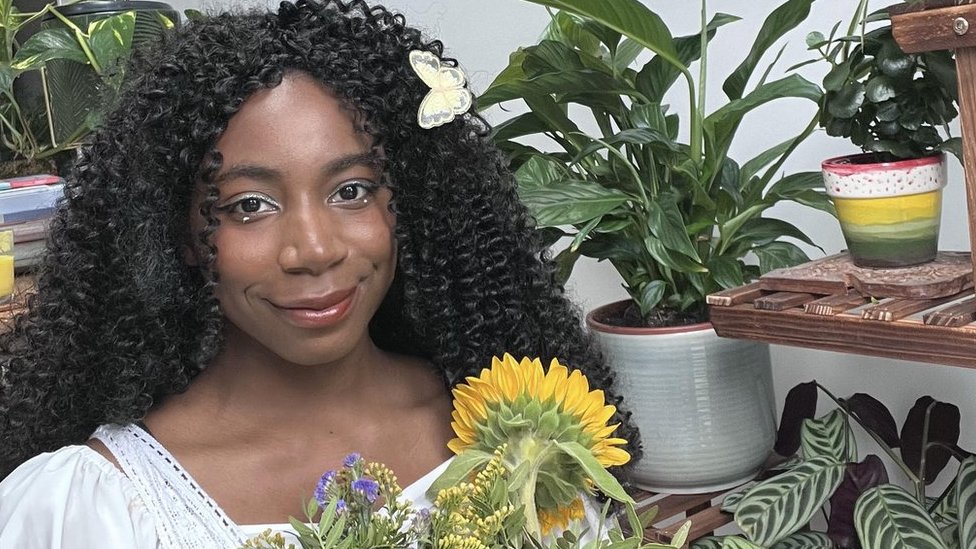 When you think of climate campaigners, David Attenborough, Greta Thunberg and Leonardo Di Caprio may come to mind. In the UK, the environment industry is thought to be one of the least racially diverse, but some young campaigners are trying to change that.

“I didn’t feel connected to the environmental movement. I saw it as a very white space and somewhere that wasn’t for me,” says Dominique Palmer.

Activist Dominique makes content for social media, speaks in public and writes about the climate.

The 23-year-old has just returned from the United Nations environment meeting, COP27, in Egypt, but says as a child growing up in London, she didn’t imagine herself doing any of this.

“I just didn’t understand that some of the issues, for example asthma and air pollution that I was facing growing up, were actually also connected to environmental issues,” she adds.

Dominique sees a disconnect between the black community and climate industry in the UK and feels there are a few reasons behind this:

“If you’re not seeing yourself represented from the get-go, I think that separates a lot of people.”

African and Caribbean countries are disproportionately located in parts of the world that are vulnerable to climate hazards, hurricanes and flooding.

Despite this, the UK environmental sector is the second least diverse industry in the country – just after farming.

Dominique thinks accessibility to nature might also be a reason for this.

“I didn’t feel connected to nature spaces, especially living in the UK. This is the case for a lot of black people, especially in cities where they don’t have access to green spaces,” she says.

“Sometimes it can seem like an issue that’s not really for us when actually, it’s tied and linked to our entire lives.

“But so many incredible, black-led groups are now working to focus on that gap.”

Listen to the latest If You Don’t Know podcast to hear more from black climate activists and also find out who the first black people to live in Britain were.

There has been some work to try and increase representation, with the government launching Race For Nature – a project which is part of its Kickstart scheme for 16-24 year-olds on universal credit who are at risk of long-term unemployment.

“I thought it would be quite ordinary,” says Franceska Fisher, who took part in the scheme and joined the student-led environment charity, SOS UK, last year.

“But just seeing how my company put climate change at the forefront, it’s beautiful to see that what they say is what they mean.”

Fast forward to today and Franceska’s now working at the same company.

Her advice for anyone interested in working in the climate industry?

“Black young people need to understand that there are more opportunities outside of the main jobs that we see.

“The environmental sector are searching for people of colour to join their organisations, so they too can diversify and change how their companies are set up.

“So really just go for it, there are so many opportunities out there,” she adds.