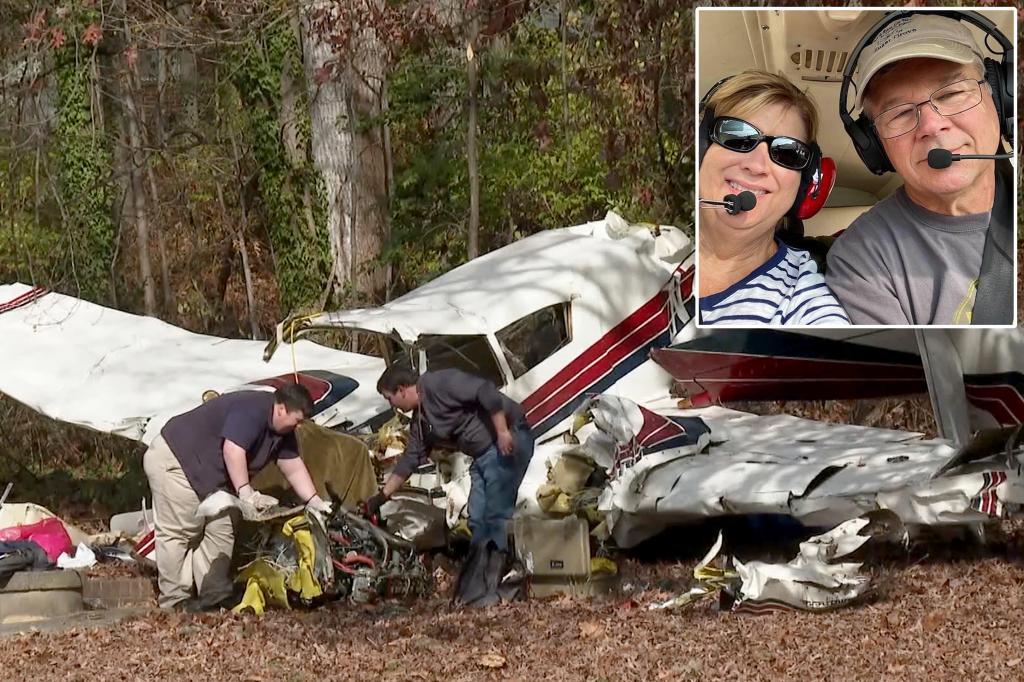 Family and friends in a small Illinois town are mourning the loss of two grandparents who perished in a plane crash while traveling for Thanksgiving.

Joseph and Patty Kreher, of Freeburg, Illinois, died Saturday when their small, twin-engine Piper PA-30 aircraft crashed in Winston-Salem, North Carolina, at around 11:15 a.m. The couple had taken off from the St. Louis Downtown Airport in Cahokia, made a stop in London, Kentucky, and then crashed near an airport in Winston-Salem, KSDK-TV reported.

Authorities with the National Safety Transportation Board are investigating the cause of the crash. Air Safety Investigator Pete Wentz told the local news station the pilot had communicated to the airport radio tower that there was a problem before the plane went down.

“The pilot communicated saying he needed to circle the airport for a second attempt and during the circling maneuver, the airplane lost control and impacted the ground,” Wetnz said.

While the investigation is ongoing, the town of Freeburg is mourning the loss of their neighbors.

“It’s just going to be hard for everyone that knew Joe and Patty,” Freeburg Mayor Seth Speiser told KSDK.

The couple was well-known and liked among the town of 4,500.

“I knew Joe and Patty, they had a machine shop off of 159, very well-liked people in the area,” Speiser said.

The Krehers owned a machine shop business called General Machine, which provided heavy equipment repair and other machining needs to the Metro East and Southern Illinois region, as well as the Greater St. Louis area.

“They had an unbelievable business out there,” Speiser told KSDK, “I feel sorry for all the families that work there too. Because it was a mom-and-pop shop and now mom and pop are no longer there.”

A family member that spoke to FOX8 in Winston-Salem said the Krehers were flying into town from St. Louis to visit their son and grandchildren for Thanksgiving

The family member said the couple had made the trip from St. Louis to North Carlina several times before without incident.

Joseph Kreher is listed as a flight instructor with the National Association of Flight Instructors.