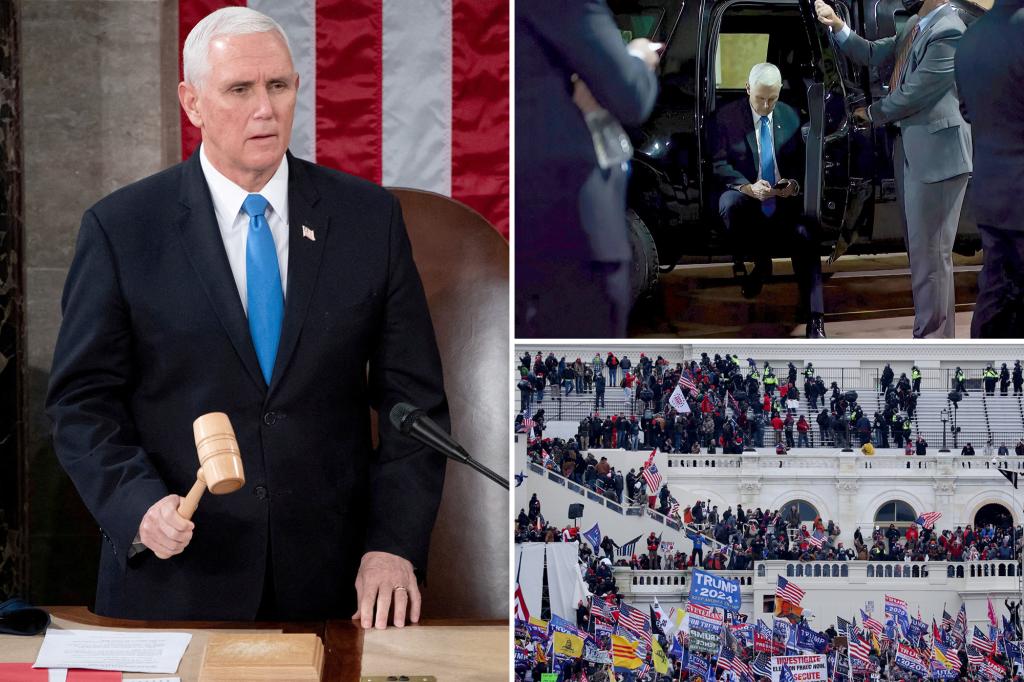 Justice Department investigators want to talk to former Vice President Mike Pence as part of the department’s probe into the events leading up to the Jan. 6 capitol riot, according to a report.

At least one investigator, Thomas Windom, has reached out to Pence’s team in recent weeks seeking to question Pence regarding former President Donald Trump’s efforts to overturn the results of the 2020 election, the New York Times reported on Wednesday.

The former vice president is reportedly amenable to considering the DOJ’s request and was contacted prior to Attorney General Merrick Garland’s appointment of Jack Smith as special counsel in charge of the department’s two separate investigations into Trump.

The former commander-in-chief is being probed by the DOJ for his handling of sensitive White House documents after his presidency and for the Jan. 6 insurrection.

The DOJ’s investigation into Jan. 6 is also separate from the House Jan. 6 committee’s probe into the aftermath of the 2020 election. Pence, according to the report, views the Justice Department inquiry differently from the House one because it is a criminal investigation.

Pence said last week that he is “closing the door” on the prospect of appearing before the House panel due to what he called the “partisan nature” of the committee.

“I am closing the door on that,” Pence said in an interview with CBS News last week.

“But I must say again, the partisan nature of the January 6 committee has been a disappointment to me,” he added. “It seemed to me in the beginning, there was an opportunity to examine every aspect of what happened on January 6, and to do so more in the spirit of the 9/11 Commission, nonpartisan, nonpolitical, and that was an opportunity lost.”

Trump could slow the process of getting Pence to sit down with federal investigators by invoking executive privilege to stop or limit his testimony. The former president asserted executive privilege earlier this year in a failed effort to try and stop two former Pence aides, Marc Short and Greg Jacob, from testifying in grand jury interviews related to the investigation.

Pence has been outspoken about the Jan. 6 Capitol riot as he makes rounds in the media promoting his new book, “So Help Me God.”

The former vice president has accused Trump of being “reckless” on the day his supporters stormed the Capitol Building after he held a rally protesting the 2020 election results. Pence was at the Capitol on Jan. 6 leading procedures to certify Joe Biden’s election victory.

“The president’s words that day at the rally endangered me and my family and everyone at the Capitol building,” Pence, who was with his daughter on Jan. 6, added.

The government’s discussions with Pence about sitting for an interview are in the early stages, according to the New York Times. Pence has not been subpoenaed and the process may take months if Trump invokes executive privilege.

A spokesperson for Pence declined The Post’s request for comment.