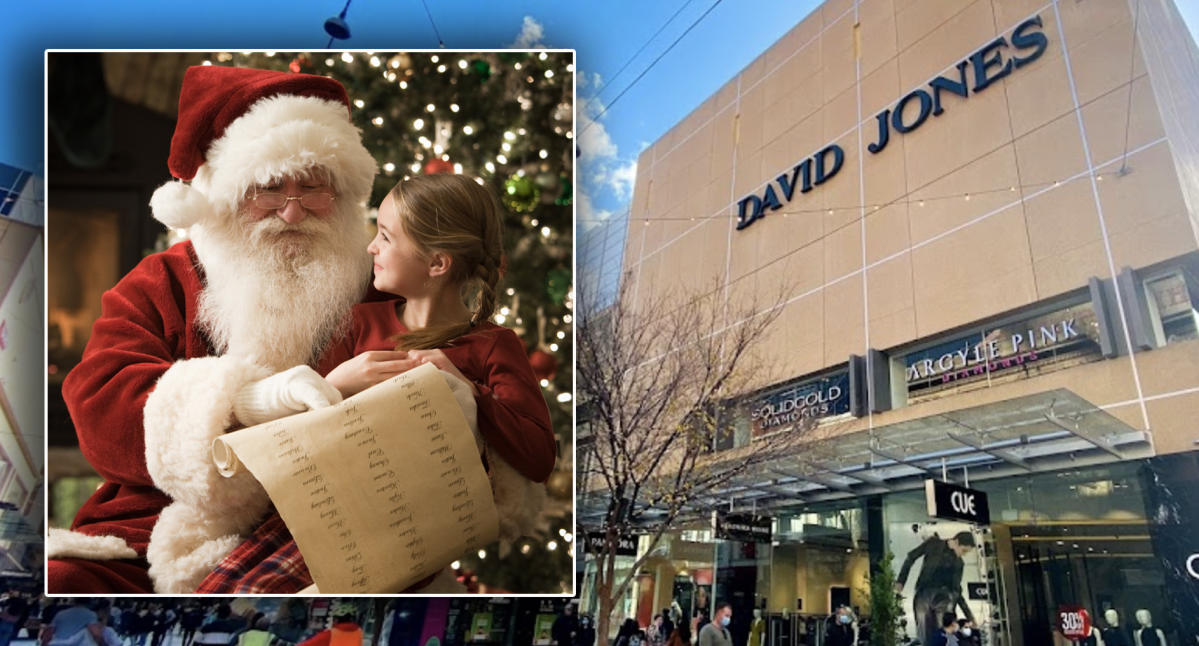 One of the nation’s biggest department stores has been slammed as a “bloody grinch” a month out from Christmas.

David Jones in Adelaide has angered locals over Santa’s visit to the iconic Magic Cave inside its Central Plaza store.

For the first time in its 126 year history, the Magic Cave will charge families to see the big man in red. Booking arrangements now apply and anyone without a reservation will be turned away, whether or not they’re on the Nice List.

While pre-pandemic, trips to see Saint Nic were free, patrons must now not only book a spot, but pre-pay for a photo package. Two 4×6 images will set parents back $24.95 while Santa’s Gift Pack of photos comes in at $49.95.

Children will still be able to wave at Father Christmas for free, but only if the capacity meets Covid-safe policies, David Jones told Adelaide Now. This comes despite there currently being no state government regulations on capacity limits.

The move to charge for children to sit on Santa’s knee has sparked fury on social media with many calling it a “rip off.”

“[That is] just plain mean,” one person wrote. “Pure greedy,” said another. “Boycott David Jones and go to your suburban Santas.”

“Tis the season to make money any way you can,” someone else said.

One parent added that he’d already run into trouble.

“Yeh thought that was weird when I booked in a week ago and it was forcing [me] to choose a photo package,” he said. “Not a big deal considering I want to share the photos, however hardly in the spirit. Terrible PR upcoming. Massive miss.”

While even one of Saint Nicholas’ special helpers had to agree.

“As a professional Santa, not on my watch!” one man wrote online. “Any child is welcome and will get a small gift, paying for photos or not.”

Yahoo News reached out to David Jones for comment.