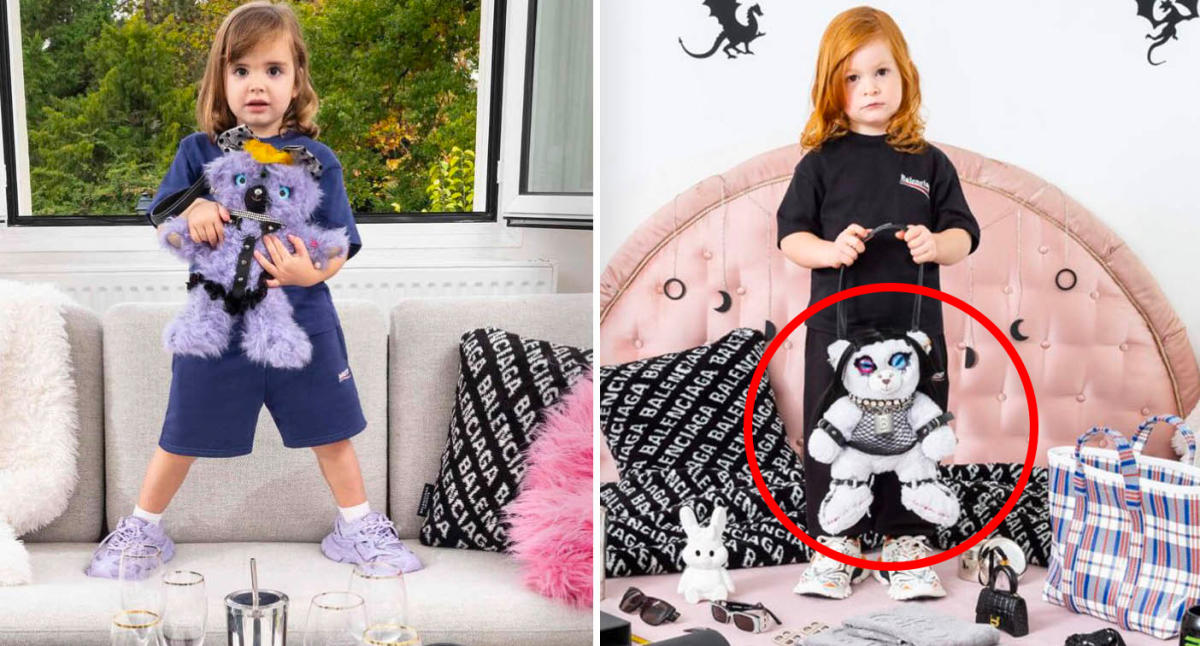 Luxury brand Balenciaga has apologised for its campaign that’s been blasted for its potential to promote child pornography.

Youtuber June Nicole Lapine, brought the controversial campaign to the attention of the masses, having posted about the photoshoot on Monday.

The document she referred to is part of a seperate Balenciago-adidas campaign that pictures a bag on top of US Supreme Court papers about child pornography laws.

Having received lots of “hate mails and messages” about the ad, Italian photographer Gabriele Galimberti released a statement online.

“I am not in a position to comment on Balenciaga’s choices, but I must stress that I was not entitled in whatsoever manner to neither chose the products, nor the models, nor the combination of the same, Mr Galimberti said.

“As a photographer, I was only and solely requested to lit the given scene, and take the shots according to my signature style.”

He reiterated that the creative direction of the campaign is “not in the hands of the photographer,” acknowledging that “any person prone to pedophilia searches on the web has unfortunately a too easy access to images completely different than mine, absolutely explicit in their awful content.”

Since the campaign was condemned, Balenciaga released a statement, which has now been deleted due to the fashion house wiping all their social media platforms.

“We sincerely apologise for any offense our holiday campaign may have caused,” they wrote on their Instagram. “Our plush bear bags should not have been featured with children in this campaign. We have immediately removed the campaign from all platforms.”

They also said they “stand for children safety and well-being” and “strongly condemn abuse of children in any form.”

“We apologise for displaying unsettling documents in our campaign. We take this matter very seriously and are taking legal action against the parties responsible for creating the set and including unapproved items for our Spring 23 campaign photoshoot.”

Given that the damage has already been done, people thought the response was not good enough.

“Soooooo Balenciaga just gets to ‘apologize’ and turn off their IG comments and we are supposed to act like nothing happened?!” one person said on Twitter.

Many also thought the company was trying to avoid taking full responsibility, given how thought-out photoshoot processes usually are.

“To those that don’t work in the industry, I don’t think you realize just how many layers of approval any campaign goes through,” one person said. “This is not something that can slip through the cracks easily. I hate cancel culture, but Balenciaga deserves to be cancelled.”