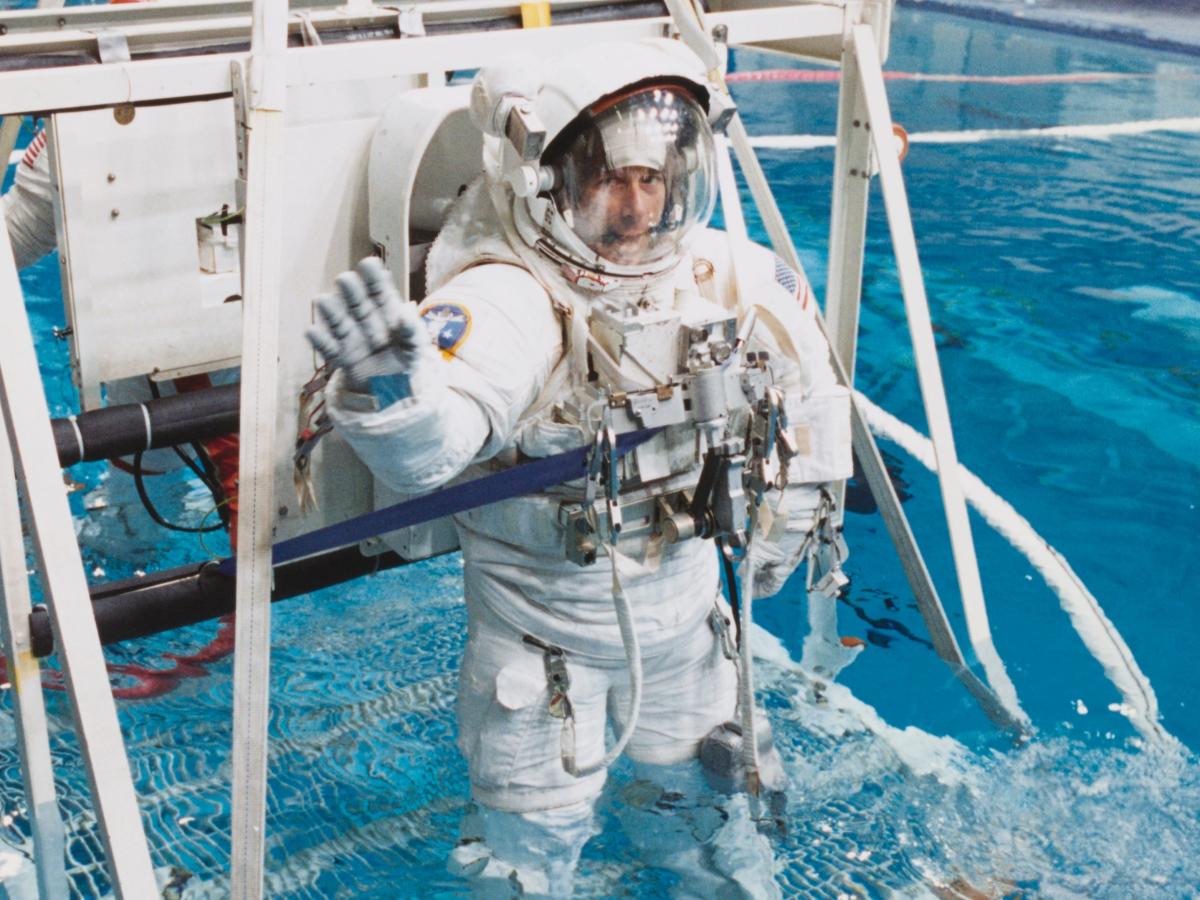 Many children grow up gazing up at the night sky, dreaming of becoming astronauts who boldly go to the moon — and beyond.

But in order to get that elusive job, would-be astronauts must make it through a competitive selection process. For NASA’s 2021 class of astronauts, the space agency said it chose just 10 candidates from more than 12,000 applicants.

Basic requirements, according to NASA, include US citizenship and a master’s degree in a STEM field, like engineering, biological science, or computer science. Astronauts must be in good shape and able to pass NASA’s demanding physical exams.

Since NASA announced its first class of astronauts in 1959,  more than 350 people have become astronauts. In a 2020 blog post, Anne McClain, a NASA astronaut, summed up what the agency was looking for in future spacefarers: “Be adaptable, trustworthy, tenacious, and detail oriented.”

During the space race — the Cold War-era competition between the US and the Soviet Union to be the first to explore space — military men were first in line to become astronauts. Even today, the 12 people who have walked on the moon are all white men. Still, NASA’s astronaut corps has become more diverse, and during its long-awaited 2024 Artemis mission, the space agency aims to land the first woman and person of color on the moon.

Following the selection process, NASA’s astronaut candidates, known as ASCANs, undergo a two-year training course to become fully qualified astronauts. The space agency trains its astronauts in a variety of environments, including massive pools and hot deserts, to test their mettle.

To prepare for jaunts beyond the confines of a spacecraft, astronauts train underwater in large indoor pools. Diving into pools simulates the microgravity, or weightless environment, they’ll experience while working in space.

NASA conducts most modern spacewalk training at the Neutral Buoyancy Laboratory at the Johnson Space Center in Houston, Texas. The massive pool — which contains 6.2 million gallons of water, according to NASA — has a partial mock-up of the International Space Station (ISS), so that astronauts can practice using hardware in a weightless environment.

NASA’s reduced gravity research program started in 1959, according to the space agency. As part of it, astronauts train by taking flight on a zero gravity airplane, known as the “vomit comet.”

Through a pattern of steep climbs and sharp dives, the plane’s passengers achieve about 25 seconds of zero gravity once the plane approaches the top of that wave, according to NASA.

The program involved several types of aircraft over the years, including NASA’s KC-135A aircraft, which retired in 2004. In 2008, a private company, the Zero Gravity Corporation, took over operation of zero gravity flights for NASA, according to the space agency.

On occasion, the plane has been a major Hollywood set. Actors Tom Hanks, Kevin Bacon, and Bill Paxton filmed the zero gravity scenes in 1995’s “Apollo 13” aboard the vomit comet.

Since the original Mercury 7 crew in 1959, NASA astronauts have learned survival techniques, in case they have to make an emergency landing in a remote area.

In 1964, Apollo 11 astronauts traveled to Nevada to spend three days in the hot, dry desert and practice survival skills. In the above image, they’re wearing garments fashioned from parachutes to stay cool in the desert heat.

NASA astronauts train in the desert because the environment is most similar to an alien planet. As part of training for the Artemis moon rocket missions, the space agency said it will conduct two field trainings in the Arizona desert — which is similar to the moon.

During the space race, astronauts trained on a multi-axis trainer, which twirled them around in a wild combination of spins, at up to 30 revolutions per minute. The contraption, nicknamed the gimbal rig, was designed to get astronauts used to the disorienting rides they’d experience in a spacecraft tumbling through space.

“That was one of the more demanding tests or training exercises we went through anywhere in the whole training floor for spaceflight,” John Glenn, a Project Mercury astronaut, said in a NASA Glenn Research Center video posted to YouTube in 2016. “We really hated that gimbal rig!”

The seven original Project Mercury astronauts, and the 13 women of Mercury 13, trained in the rig in 1960. Watch the rig in action, below.

NASA no longer uses the spinning contraption to train astronauts, since the space agency’s modern spacecraft don’t require spacefarers to control their spin.

Early on, NASA used a large machine called a human centrifuge to test gravitational stress on astronauts training to go to the moon for the first time.

A human centrifuge has a rotating arm, with a capsule that can hold a human at the end of it. As the machine spins, astronauts test their tolerance for intense gravitational force.

“Whirling around at the end of that long arm, I was acting as a guinea pig for what a human being might encounter being launched into space or reentering the atmosphere,” Glenn recalled in his 2000 memoir.

Would-be astronauts undergo psychological and psychiatric screening to weed out those who aren’t fit for space travel.

As more humans ventured into space, NASA began to understand the mental burden of space travel. “We had one payload specialist that became obsessed with the hatch. ‘You mean all I got to do is turn that handle and the hatch opens and all the air goes out?’ It was kind of scary,” Henry Hartsfield, who became a NASA astronaut in 1969, said in a 2001 interview about one of his earlier missions. “We began to lock the hatch.”

Considering NASA’s ambitious goals to send humans even farther into space — to the moon and Mars — in the not-so-distant future, maintaining astronauts’ mental well-being will be an enduring challenge.