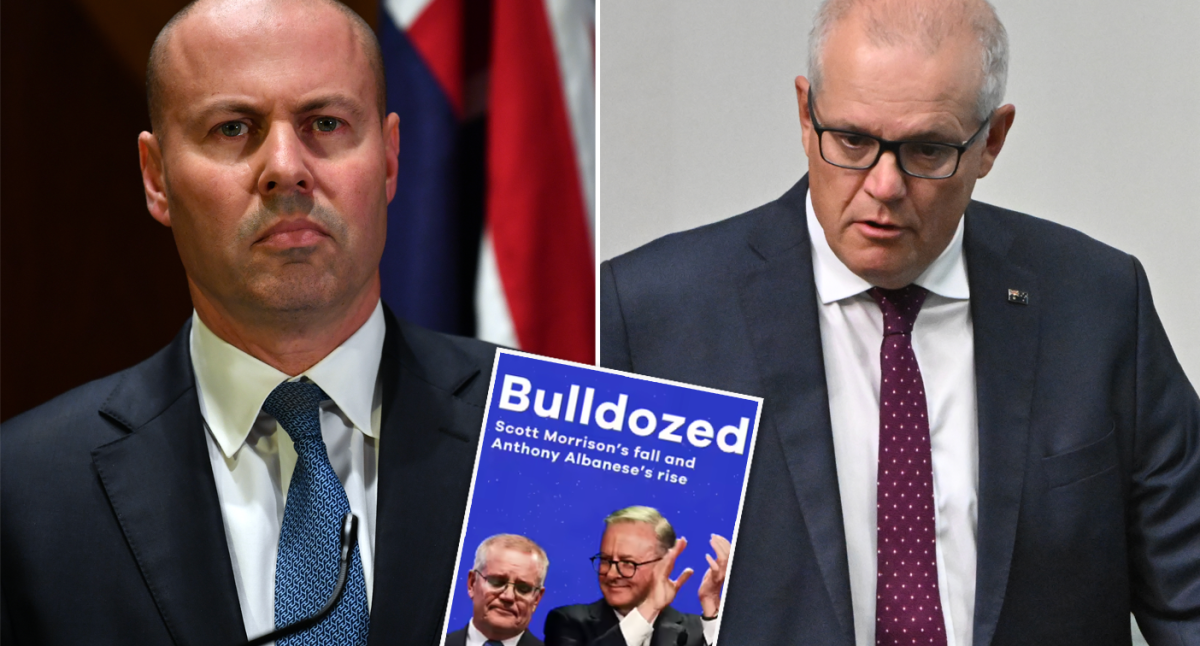 Former Treasurer Josh Frydenberg has revealed his fury at Scott Morrison over his secret power grab while Prime Minister in an explosive book extract published on the eve of a report to be handed down on the secret ministerial powers saga.

Political journalist and author Niki Savva has recounted a conversation between Mr Morrison and his then Liberal Party deputy after Mr Frydenberg learned of what the Prime Minister had covertly done. His response provided “further proof that Scott Morrison had lost touch with reality,” she wrote in the extract published Friday.

“Almost immediately after Albanese’s stunning announcement [of what had occurred], Morrison tried to contact Frydenberg, ostensibly to apologise … Frydenberg ignored Morrison’s first few attempts, not trusting himself to speak to him,” she wrote.

When Mr Morrison did make contact with the former Treasurer, the PM remained somewhat defiant, saying he would do it again given the circumstances that arose during the Covid pandemic.

“What really stuck in Frydenberg’s mind, and his craw, was Morrison’s response in that initial conversation when a profoundly disappointed Frydenberg put it to him that: ‘You wouldn’t do it again if you had your time over!’ Morrison replied: ‘Yes I would.”

Among the numerous portfolios that he secretly oversaw was that of Mr Frydenberg’s, while the former PM continued to publicly describe the pair as “the best of friends”.

“The fact he did take it, and it was not made transparent to me and others, was wrong and profoundly disappointing,” Mr Frydenberg said, describing it as “extreme overreach”.

By the former treasurer’s telling, his boss had “no coherent explanation” for what he had done.

The damning insights are laid out in the upcoming book Bulldozed, named after Mr Morrison’s chosen analogy to describe his governing style. The extract comes just a day before former High Court judge Virginia Bell is due to hand down a report into the affair.

Mr Albanese asked for the inquiry to explore how and why the action was taken and who knew about it after the solicitor-general found Mr Morrison’s action had “fundamentally undermined” the principles of responsible government.

Morrison saga could prompt changes from next week

The solicitor-general found it was “impossible for the parliament to hold ministers to account for the administration of departments if it does not know which ministers are responsible for which departments”.

Mr Morrison appointed himself to administer the departments of health; finance; industry, science, energy and resources; treasury; and home affairs.

Ms Bell was also asked to look at the implications arising from the appointments for the functioning of departments, and for accountability and public confidence in government.

She will make recommendations to the government on any changes which could provide greater transparency and accountability.

The government has pledged to start work on implementing any recommendations as early as next week.

Mr Abbott described it as “highly unconventional, highly unorthodox” and said it “shouldn’t have happened”.

Mr Morrison updated his parliamentary biography earlier in November to include the ministries.