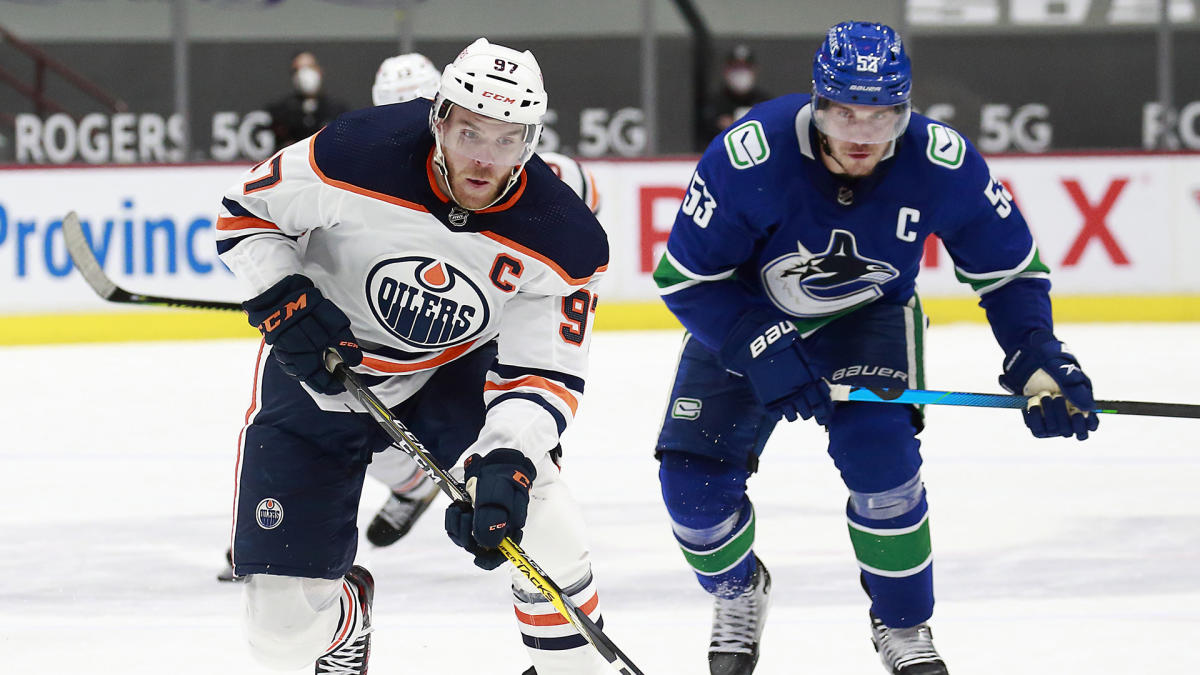 We’re nearly a quarter of the way through the NHL season and if you want to argue with us about the math there, that’s fine. At the very least, we can begin to make sense of the data in front of us, as we’re past the small sample point of the year.

With American Thanksgiving serving as a benchmark of sorts on the NHL calendar, we thought we’d share with you some of the coolest stats of the young season thus far.

Welcome to the NHL: By the Numbers.

3: There are three players tied for the NHL goal lead at 16 apiece: Connor McDavid, Jason Robertson and Bo Horvat.

11: Boston is on an 11-game home winning streak, tied for the in NHL history. The Bruins can set a new record Friday against the Hurricanes.

13: Although it came to an end on Wednesday, we have to commend the on their .

14: Mitch Marner’s active point streak spans 14 games, the longest in the NHL this year and the longest streak by any Maple Leafs player in 28 years.

15: Michael Bunting is a master of disguise and has drawn a league-best 15 penalties throughout the season.

19: Jonas Siegenthaler and Hampus Lindholm lead the league at plus-19.

22: Number of third-period, multi-goal comeback wins this season, the most ever at this stage of a season.

31: It’s been a really fun start to the year as 31 players have reached double digits in goals.

35: McDavid leads all scorers ahead of Friday’s games with 35 points.

37: Boston leads the NHL with a plus-37 goal differential.

73: Timo Meier leads the league with 73 shots at 5-on-5. He’s also the league leader in individual expected goals and hopefully another banner season won’t go to waste on the Sharks.