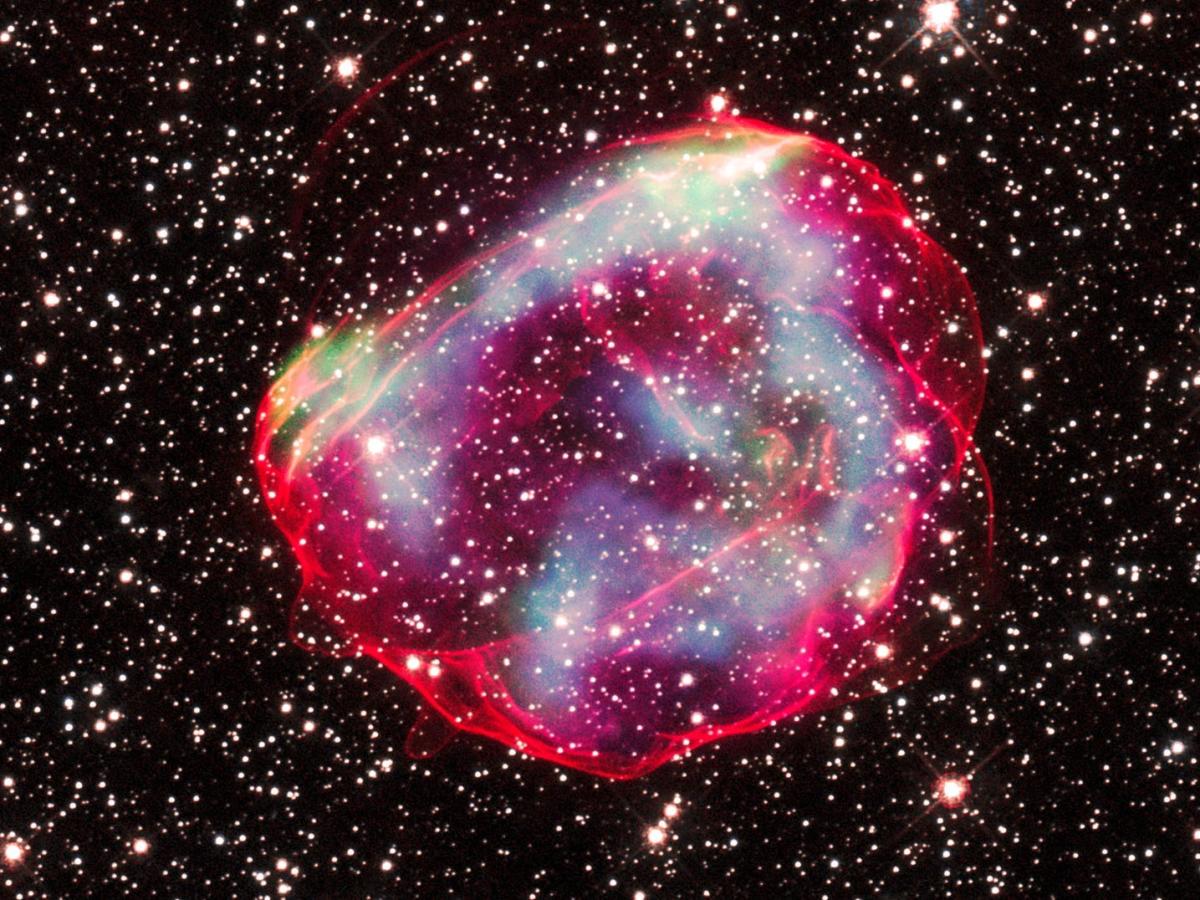 Let’s start close to home. Even here, you can see that space is huge — bigger than you probably realize. That’s Earth on the right, and the moon is the tiny speck on the left.

Jupiter’s most famous cyclone alone, the Great Red Spot, is larger than Earth.

The sun dwarfs all the planets, though. In this photo of a small portion of the sun’s surface, each cell of boiling plasma is about the size of Texas.

The planets in our solar system are even more fascinating and complex than you may think. Saturn isn’t the only one with rings. See Uranus’s rings below?

Neptune also has a set of rings.

Other planets have auroras, too, just like the aurora borealis and aurora australis here on Earth.

In this infrared image from the James Webb Space Telescope, you can see faint rings circling Jupiter and auroras glowing at its poles.

Some of Saturn’s and Jupiter’s moons show clear signs of underground oceans, where scientists think alien life could lurk. On Enceladus, plumes of water visibly shoot through cracks in the surface ice.

Those are just the worlds we know about. According to NASA, on average each star has at least one planet. You can see one orbiting the star in this image. The planet is a tiny dot on the right, within the disc of material surrounding the star.

What’s more, new stars are being born all the time in nurseries where dense clouds of gas and dust collapse into stars. The famous Pillars of Creation are one such nursery.

New stars also form when galaxies collide, slowly moving into each other and compressing the gas and dust that fills their interstellar space. Space telescopes have imaged many collisions like this, including the three merging galaxies below.

The Hubble Space Telescope recently captured three phases of a supernova at once. A massive object was bending space-time and reflecting three different images of the explosion, at three different points in time.

There are a mind-bending number of galaxies out there — up to 200 billion, astronomers estimate. Each is filled with its own stars and planets.

This long-exposure image from NASA’s James Webb Space Telescope captures thousands of galaxies. If you held a grain of sand at arm’s length, that would represent the speck of universe you see in this image.

Webb has peered further into the universe than any prior telescope. This is basically looking back in time, since it takes billions of years for light to travel from these galaxies.

In July, Webb spotted the earliest, most distant galaxy ever detected. Scientists believe it emerged 235 million years after the Big Bang. That means it’s closer to the beginning of the universe than we’ve ever seen before.

Astronomers only know of two visitors we’ve ever had from other star systems: A probable rock called ‘Oumuamua, and a comet that zipped past the sun from interstellar space, in 2017 and 2019.

Only two human spacecraft have ever left our solar system: NASA’s Voyager probes. The first probe snapped this famous photo of Earth on its way out.

Yes, Earth, right there. Carl Sagan called this the “pale blue dot,” writing: “That’s here. That’s home. That’s us.” Most of us will only experience the rest of the universe through photos.