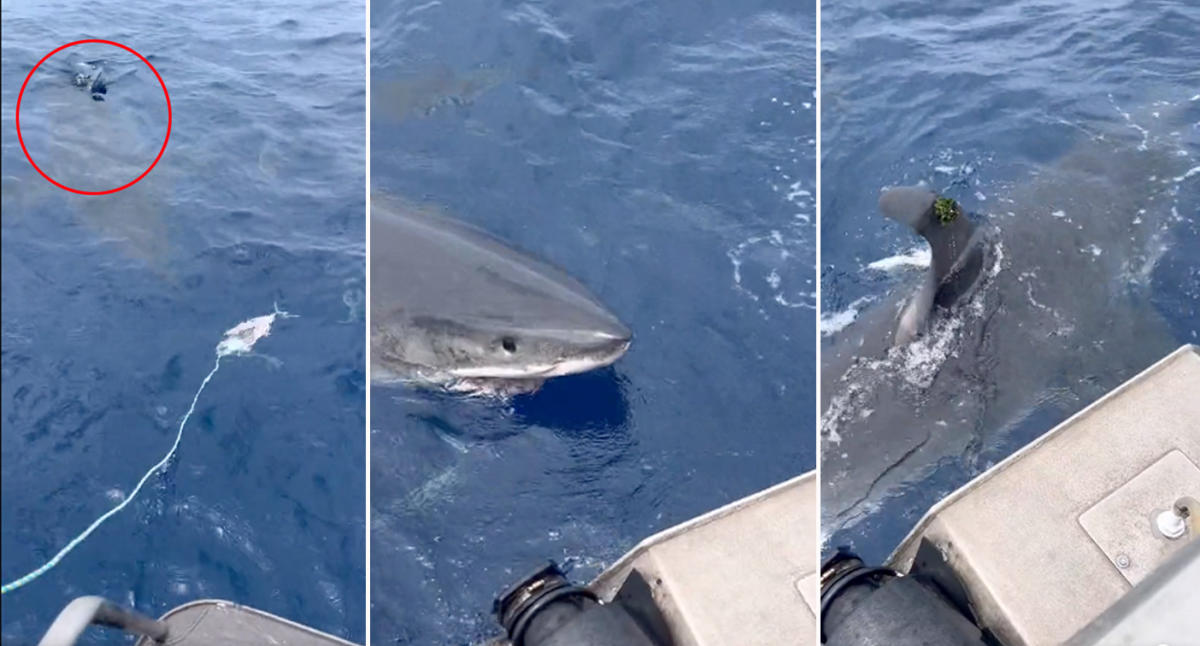 A group of Aussie fishermen got more than they’d bargained for while out on the ocean on Friday when an unlikely guest surprised them at their boat.

The men were cruising off the coast of southeast Queensland when suddenly a great white shark approached them.

A video capturing the encounter was sent to Luke Bradnam, a weather presenter with Nine News. The footage was sent by his friends who seemed thrilled by the brief visit.

The 12-second video was filmed from the boat and showed a fishing line in the water with a fish attached being used as bait. The shark can be seen moving slowly beneath the surface, heading straight towards the boat. It then pops its head up out of the water but brushes against the boat before darting off again, all the while the fisherman remained calm.

People on Twitter were just as thrilled by the close encounter. “What a beast,” one wrote on the video. “beautiful,” said another.

Other close encounters with sharks

Earlier this month a fishing crew in New Zealand had a very similar experience — although for them it was a little less serene. One of the men was fishing off the edge of a boat when suddenly he got a fright. A huge shark “went ballistic” and jumped up out of the water, and on the way down landed on the tin of the vessel which a very loud thud.

Another Aussie fisherman last week shared a baffling discovery he made inside the stomach of a small bull shark.

After reeling in the animal from a wharf in the Northern Territory, he began cutting it to pieces to use it as bait. But on doing so, he noticed something odd inside. “That is a pig’s trotter,” he said, and after rifling through the animal’s stomach, discovered there was more.

Meanwhile, a diver almost jumped straight into the mouth of a huge tiger shark — and her calm reaction was priceless. She shared amazing footage of the incident on her Instagram earlier this month.