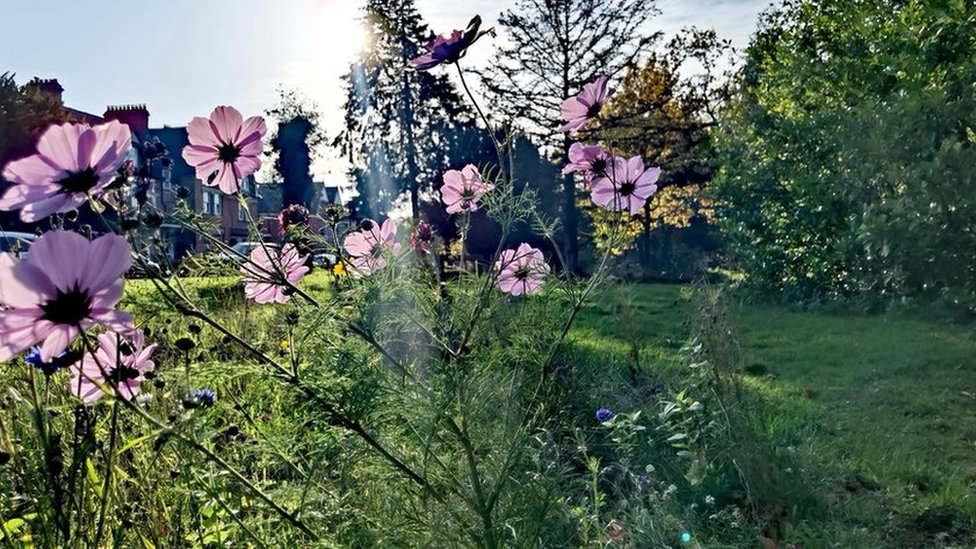 Gardens are bursting into life once again this November due to an “exceptionally mild” month of weather.

Flowers and plants are entering a “second spring” due to the warmer conditions, prolonging their bloom for months longer than usual, horticulturalists have said.

Their change in behaviour could have an impact well into next spring.

This month has been 2.2C warmer than the average November, according to the Met Office.

Nikki Barker, a senior adviser at the Royal Horticultural Society, said the mild climate has created some unseasonable sights across the RHS’s public gardens.

“Things we’d expect to flower into October, like fuchsias and salvias, are still flowering now and show no signs of stopping,” Ms Barker said.

“Roses are putting on new buds and they’re still producing, so it is quite a considerable extension to the flowering season.

“I even still have coriander growing in my vegetable pot.”

Pippa Greenwood, a botanist and manager for the Horticultural Trades Association, said the way our greenery is responding to the mild weather is “completely crazy and mixed”.

“If you look out of the window, you’ll see a weird mixture of some trees that are a bit stressed from the drought and have some leaves, while some dropped their leaves weeks ago,” she told BBC News.

“Some are sticking to the timetable, while some are coming into bloom for the first time this year.”

November’s mild weather is the latest in a chain of meteorological events this year that have affected the life cycle of our gardens, disrupting when we would normally expect our summer blooms to wilt away.

“During the drought this summer, lots of plants became dormant like they would in winter, but they were doing it in summer because it was too hot,” Ms Barker said.

“We’ve had a lot of rain this month, and it’s been very mild, so it’s produced lots of new growth.”

While the horticulturalists have welcomed the opportunity to enjoy our gardens for a little while longer, they warn the turn of events could have a detrimental effect well into next spring.

“Some plants are using a lot of resources now, so they may flower later next year,” Ms Barker said.

“If things become out of kilter when they flower, the things that feed off them like insects are thrown out of kilter, and blue tits feed on insects early in the year. It has the potential to disrupt a lot of life cycles.

“Extreme weather events are becoming more common. We may not know the effects of them for several years.”

The Met Office said that while November still has a little bit of time to run, the month has been “significantly milder” compared to the average over the last 30 years.

However, the spell of sunny weather looks likely to draw to a close soon – bringing the UK’s gardens back into sync.

“High pressure will move in from the west from the middle of next week, which will settle the weather down,” Stephen Dixon, a spokesperson for the national weather service told BBC News.

“There will be calmer weather, less rain in the south east, and temperatures will be brought back down to average.”

Climate change can increase the frequency and intensity of extreme weather events – such as flooding and extreme heat in the UK.