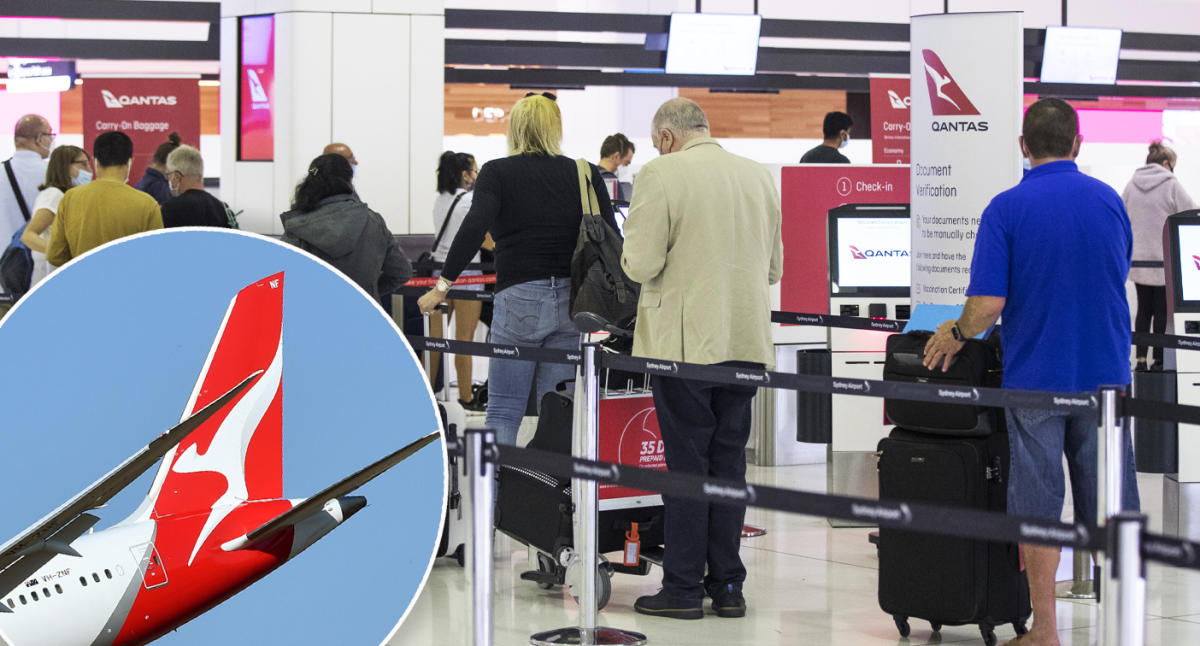 Aussie airports could be thrown into chaos this holiday season as Qantas domestic airline staff prepare to take industrial action.

As many as 1200 cabin crew voted in favour of a 24-hour strike if Qantas management doesn’t meet their pay demands, but doing so would wreak havoc on travel plans.

The Flight Attendants’ Association of Australia (FAAA) claim domestic airline staff wages have been frozen for several years and a pay increase has been a “long time coming,” FAAA’s federal secretary Teri O’Toole told Sunrise on Friday. She claims cabin crew have a base salary under $48,000 and are currently working under expired enterprise agreements. “These are not crews that are paid exorbitant pay increases,” she said.

The union argues Qantas can afford to pay higher wages as demand for travel picks back up following the Covid-19 pandemic. The major airline is reportedly set to make a huge $1.45 billion profit in the first half of next year, the Australian Financial Review reported.

Ms O’Toole said the union is “going to do everything we can to get a fair deal” in an attempt to avoid disruption over the holiday period. “We don’t want to disrupt the travelling public, we know and work with them every day, we understand the pain that they been through,” she said. “All we are asking for is a fair deal and we are hoping that Qantas care enough about customers to bring to the table a fair and reasonable deal, and I can tell you our flight attendants do not want people to be disrupted at Christmas.”

There is no date set for the strike, or a deadline announced for Qantas to return with an offer.

News of the strike is “very disappointing,” Qantas said in a statement to Yahoo News Australia. The airline insists it is “continuing to negotiate towards a new agreement”. Qantas claims the union’s comments about pay “are just wrong” and says it has already proposed a 3 per cent pay rise and “more than $7000 in bonus payments”. But Ms O’Tool argues the bonuses aren’t enough, saying “when you divide them over the eight years and seven years, it’s less than a couple of bucks a day”.

According to the publication, Senator Sheldon said Qantas was a “wonderful company” with “wonderful staff” but it was being let down by decisions regarding worker pay and conditions.

The latest strike comes as airport firefighters made a move to protest over pay and staffing conditions. Members of the United Firefighters Union of Australia’s Aviation Branch voted earlier this month in favour of taking two to 12-hour strikes and is calling for a 15.5 per cent pay rise over three years for its staff.

But Airservices Australia says any decision by airport firefighters to strike at Christmas would be “reckless” and a “risk to Australian aviation”.

“In addition, it will have adverse economic impacts on many industries including tourism and retail, and has the potential to put travellers’ lives at risk,” a spokesperson said in a statement to Yahoo News Australia.