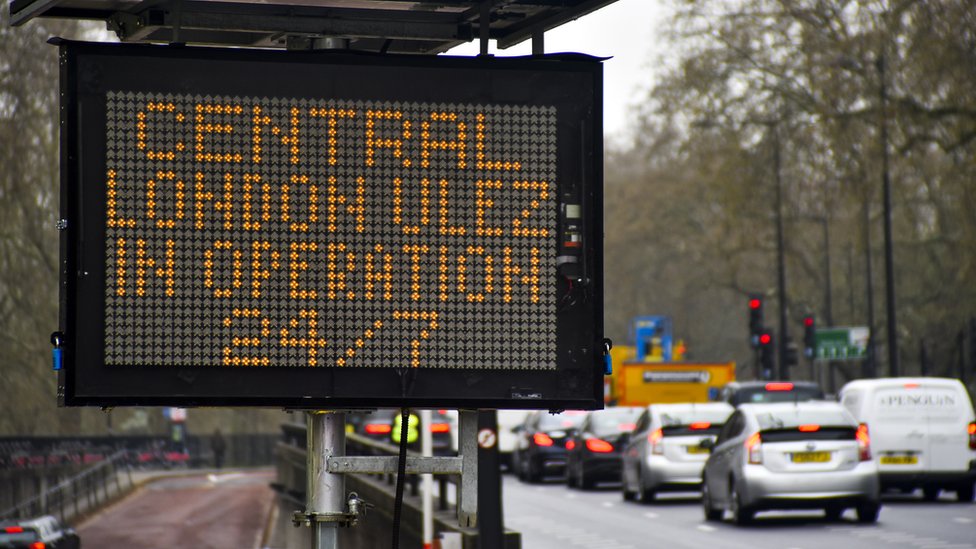 London’s Ultra Low Emissions Zone (ULEZ) will be expanding next summer, the mayor has announced.

Currently, drivers are only charged to enter the area within London’s North and South-Circular roads.

But under the new scheme, drivers of vehicles that do not meet minimum emissions standards will be charged £12.50 a day to enter the Greater London Authority boundary.

So, how exactly has the zone changed and how might it affect you?

When was the ULEZ created and why?

It was launched in April 2019 with the aim of cutting pollution in central London by 15%.

It’s not the only scheme of its kind. Several other cities such as Brussels and Madrid have introduced similar low emission zones.

How bad is air quality in the capital?

An estimated 4,000 Londoners die prematurely each year from conditions related to air pollution.

What area is currently covered by the ULEZ?

Initially, the zone covered the same area of central London as the congestion charge.

Since 25 October last year it has included everywhere within the North and South Circular roads.

What area will it cover from August 2023?

The zone will be 18 times larger, covering all London boroughs.

Who has to pay the fee?

Anyone who drives a car that does not meet the minimum emissions standards will be charged.

For petrol cars, that generally means those first registered before 2006.

Most diesel cars registered after September 2015 are exempt from the charge.

You can check if your vehicle meets the standards using the checker here.

How much is the fee?

For cars, smaller vans, motorbikes and other lighter vehicles, the charge is £12.50 if the vehicle does not comply with emissions standards.

The fee for larger non-compliant vehicles such as lorries, buses and coaches is £100.

Under the plans, disabled drivers will be entitled to a grace period until 2027.

The LEZ (Low Emission Zone) for heavy vehicles will continue to operate, so you could be charged both the ULEZ and LEZ fee.

Find out more about the LEZ charge here.

When does the ULEZ operate?

You can be charged at any time of the day, every day, except on Christmas Day.

How soon after a journey do I need to pay?

You have until midnight on the third day following the journey.

What happens if I do not pay?

Failing to pay the ULEZ charge can result in a penalty charge notice of £180, reduced to £90 if the fee is paid within 14 days.