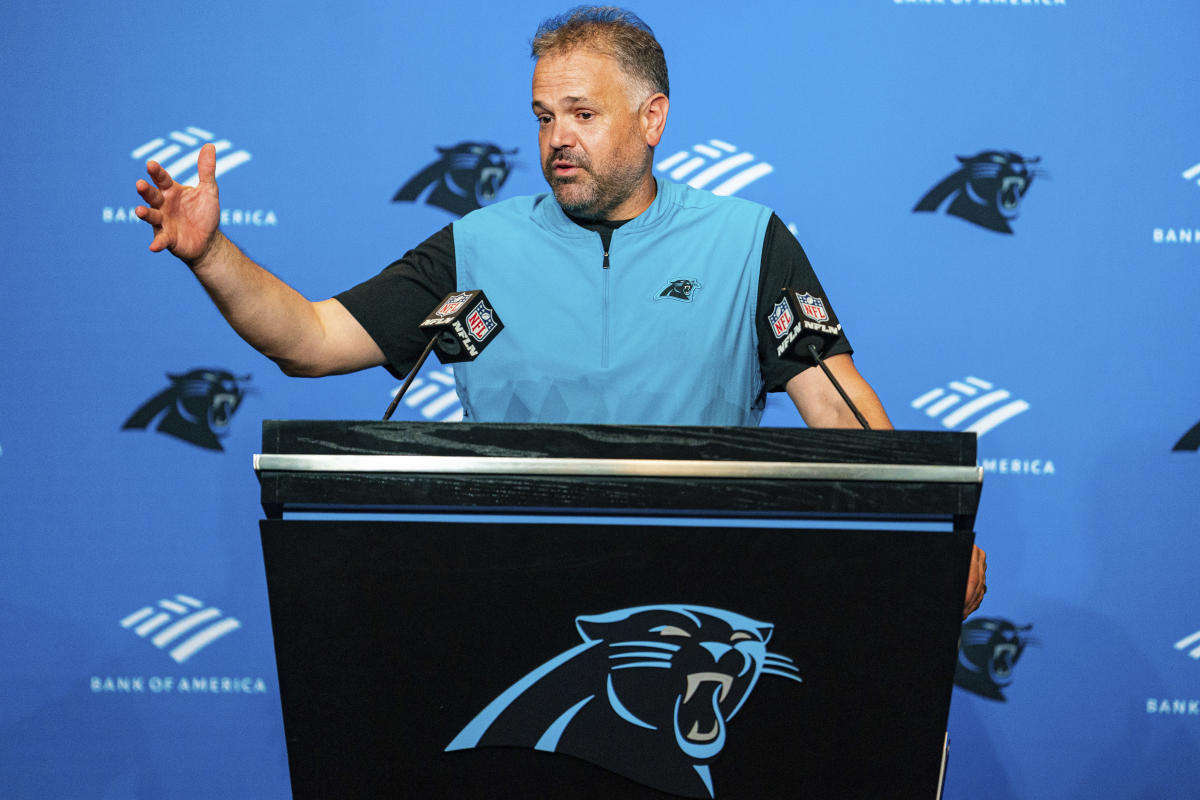 Nebraska has reportedly landed its new head coach. And it’s a big name.

According to ESPN, Nebraska is nearing a deal to make Matt Rhule its next football coach.

Rhule most recently had a tough run as the head coach of the Carolina Panthers. Rhule was in his third season with the Panthers, but was fired after a 1-4 start to this season. Overall, he was 11-27 with Carolina was owed more than $40 million when he was fired.

But before his time in the NFL, Rhule executed major turnarounds at both Temple and Baylor.

Under Rhule’s watch, Temple went from 2-10 in his first season to winning a combined 20 games over his last two seasons with the program. Rhule then went to Baylor in the fallout of the Art Briles scandal. The Bears went just 1-11 in Rhule’s first season. By Year 3, Baylor won 11 games and played for the Big 12 championship.

A similarly difficult rebuild will be in store for Rhule in Lincoln.

Nebraska hasn’t had a winning season since 2016. The Huskers are 3-8 entering Friday’s season finale at Iowa, giving the Huskers a combined 22-45 record over the last six seasons. The downward slide began under Mike Riley in 2017 and Scott Frost was brought in to turn around the program.

Instead, things got worse. Frost was fired just three games into this season after losing 45-42 to Georgia Southern at home. That loss gave the Huskers a 16-31 overall record with Frost as head coach. On top of that, the loss put the Huskers at an unfathomable 5-22 in one-possession games under Frost.

Frost, a Nebraska native who played quarterback for the Huskers, was hired in late 2017 after an undefeated season at UCF. He inherited a UCF program that went winless in 2015, guided it to a bowl game in 2016 and then a memorable undefeated record in 2017.

Frost promised a quick turnaround at Nebraska, a storied program that hasn’t recaptured the glory of the Tom Osborne era. That turnaround never came close to materializing.

The Huskers never reached a bowl game with Frost as head coach. They went 4-8 in his first season, had a high-mark of 5-7 in 2019 before going 3-5 in the pandemic-shortened 2020 season and a miserable 3-9 record in 2021. Nebraska went 0-8 in one-score games a season ago but athletic director Trev Alberts decided to bring Frost back for 2022, albeit with a reduced buyout.

That buyout was set to reduce from $15 million to $7.5 million on Oct. 1, but Alberts decided to make the move after the Huskers lost to Northwestern in Week 0 (thanks to an inexplicable onside kick call from Frost), barely got past North Dakota in Week 1 and lost to Georgia Southern on Saturday.

Mickey Joseph served as the interim coach for the remainder of the season and managed to lead the Huskers to wins over Indiana and Rutgers. From there, however, Nebraska lost five consecutive games in the lead-up to Friday’s season finale at Iowa.