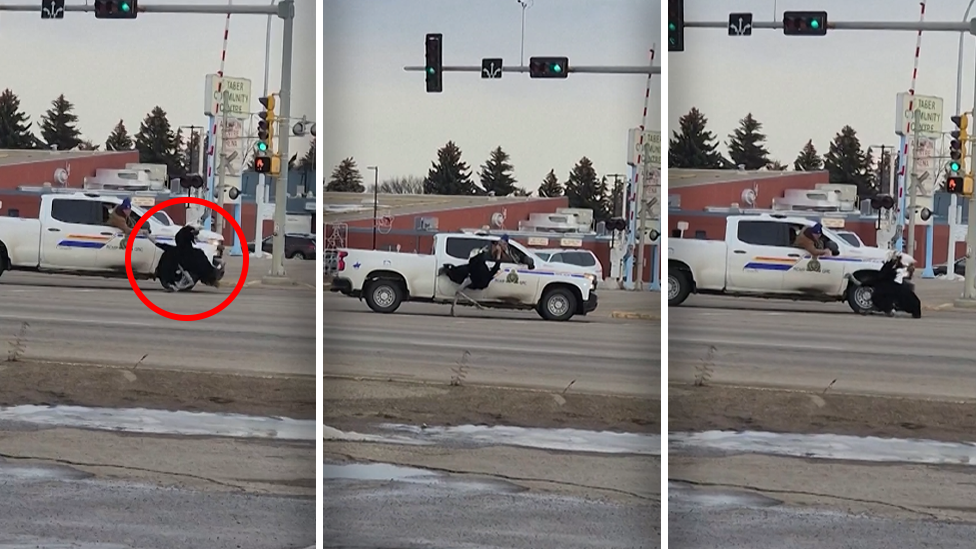 Police have scrambled to capture a flock of ostriches that broke free of an enclosure, crisscrossing the streets of a small town.

Yahoo News Australia understands Taber Police Service in Canada was alerted to the escape during the early hours of Thursday morning (local time).

Officers continued to hunt down approximately twenty birds that belong to a local farmer in the Northern Alberta town. Just before 6pm, police were not able to confirm if all ostriches had been captured.

“The group made their way out of town where they created traffic hazards,” police said on Facebook. “Taber Police Service members assisted the Royal Canadian Mounted Police in confining the birds so the owners could safely capture them.”

The police post has become an online sensation, attracting 123 comments and 348 reactions.

“What in tarnation?,” one person wrote in response. “Imagine trying to describe that to dispatch,” another person wrote. “This would make a super funny bodycam video,” someone else joked.

Video shared online shows the farmer reaching from a police vehicle window, trying to grab an escaped ostrich that is running along the road. He attempts to secure the bird by grabbing it by the neck, but the bird ducks and drops to the ground.

The ostrich then leaps up and continues down the road. Another police vehicle then tries to intercept it.

Convenience store worker Destiny Nanaquewetung filmed the bizarre sight while she was on a break from work, spotting the ostrich run by, CBC Canada reported.

“I thought I was seeing things at first … I hear sirens and I look over and I see an ostrich and there’s no way that this is happening right now,” she said. “It was a sight to see, that’s for sure.”

Yahoo News Australia can confirm one ostrich died after being hit on the road and killed.