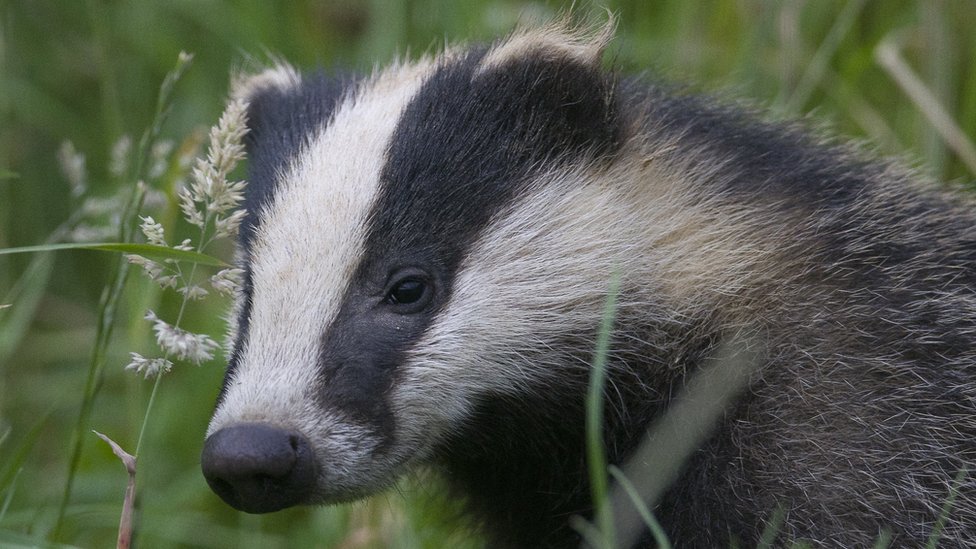 A record number of badgers has been vaccinated against bovine tuberculosis (bTB) this year, according to the Cornwall Wildlife Trust (CWT).

A total of 251 badgers have been vaccinated in Cornwall so far in 2022.

The trust, working with farmers and the Zoological Society of London (ZSL), hopes to expand the programme across more of Cornwall in the future.

The government said its strategy for eradicating bTB included “the expansion of badger vaccination projects”.

Last month it announced new culling licences, including two in Cornwall, but said it does not plan to issue any more in the future as part of its long-term plan.

Emma Ead is a farmer near St Stephen and has been part of the mid-Cornwall vaccination programme for four years.

Her farm previously lost about 25 cattle to bTB over three years, which she called “heart-breaking”.

She said: “Since the vaccinations started four years ago, we have been clear of TB. They trapped seven last year and they also tested the badger’s blood, and all those came back negative for TB, so hopefully now they have been vaccinated they won’t get it.

“It is also really great to say to members of the public that we are vaccinating badgers, we are not culling them.

“We are doing vaccination and these badgers are living.”

ZSL vaccinators currently operate on about 10% of the trust’s nature reserves, but would like to expand this further.

Defra said: “Our bovine TB eradication strategy is working and has brought about a significant reduction in this disease.

“As a result of the progress made, we are now able to move onto the next phase of the long-term eradication strategy, including the expansion of badger vaccination projects alongside improved cattle testing and work towards developing a cattle vaccine.”

Rosie Woodroffe, a professor at ZSL and lead for the Cornwall Badger Project, said: “Badgers play a small but important role in the cattle bTB problem, and scientists have predicted that vaccinating them could help to eradicate bTB, when combined with controls aimed at cattle.

“As government policy pivots away from badger culling and towards badger vaccination, the on-the-ground evidence that we are gathering should help landowners across the country to decide whether to follow the lead of the pioneering farmers working with Cornwall Wildlife Trust and ZSL.”

The trust is appealing for farmers or landowners to contact them if they would like to learn more about vaccination.

Tom Shelley, conservation manager said: “We are trying to stimulate a bit more interest across the county.

“We have an appeal on our website, to try and gather more funding for more badger vaccination. And we also want to hear from those landowners who want to see vaccination on their land – that is the really important part to enable us to do more vaccination across Cornwall.”