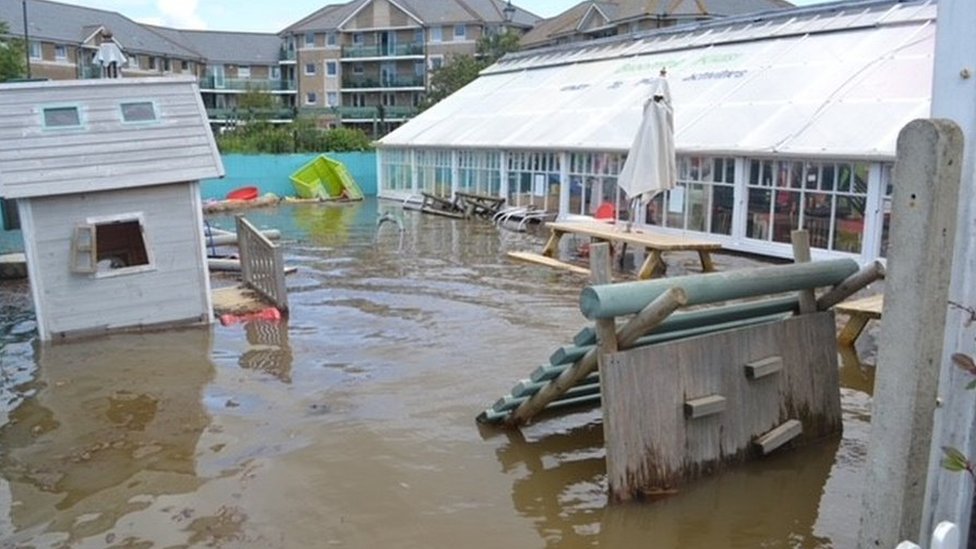 Plans for a climate emergency centre have been welcomed by a business owner who witnessed first hand the devastating effects of flooding.

The community hub would be the first to open in Dorset and is being led by Climate Resources and Guidance (CRaG).

The charity said the centre would help residents and businesses manage issues such as flood risks and food security.

Nigel Sims-Duff, owner of Weymouth’s Palm Cafe, which flooded in 2012, said the centre was a “really good idea”.

The charity’s Rob Cheeseman said it was important to have a “physical presence” where people could meet to share experiences.

He said: “We hope to offer practical advice, not just in the event of flooding emergency but also things they can do to adapt their lifestyles now, how they travel, where they get their food and energy from.

“It is depressing and worrying, but talking about it doesn’t make you a pessimist, it just make you realistic.”

In 2012, just before Weymouth hosted the Olympics, Mr Sims-Duff’s cafe on the edge of Swannery Lake flooded.

He said: “After days and days of really heavy rain the whole catchment area flooded in the Wey Valley.

“There’s some sluice gates up against the harbour but because of the high tide they wouldn’t open and my cafe was covered in a metre of muddy, dirty water that lasted for a couple of days.

“I know the impact of flooding on a business and community.”

He added that it would be good to talk “face to face with people who might have had an experience of flooding”.

CRaG is looking to hold a series of “pop-up” events to raise awareness, while looking for a permanent location in the town.